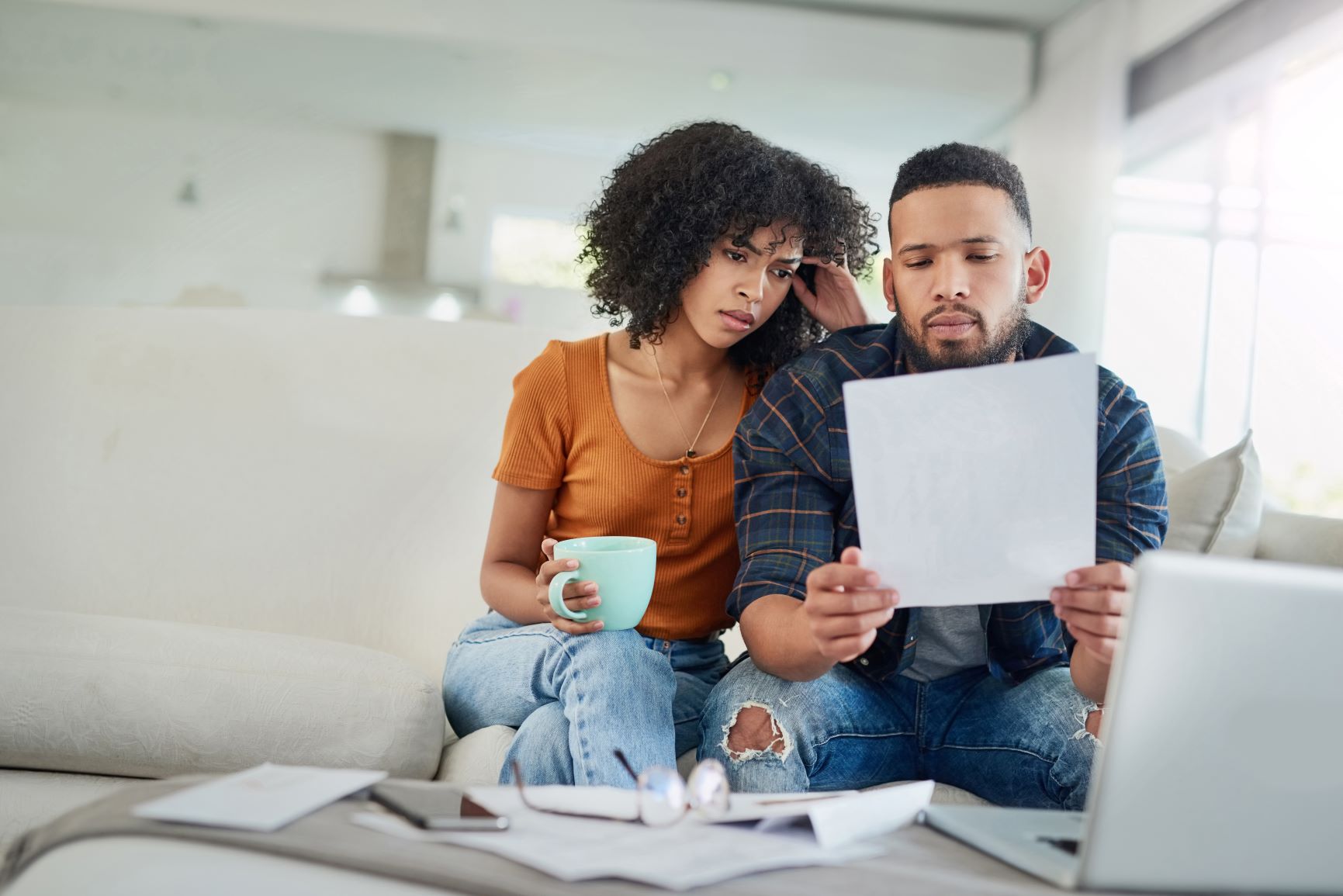 The new Senate aid proposal, known as the Health, Economic Assistance, Liability and Schools (HEALS) Act, falls far short of the breadth and depth of aid needed to fight the COVID-19 pandemic and weather the deep economic downturn. By including only 1/3 of the funds contained in the HEROES Act passed by the U.S. House of Representatives back in May, it leaves out critical assistance aimed at helping laid off workers, holding off a wave of evictions, fighting hunger, and preventing harmful cuts to state and local governments. Providing inadequate aid will ultimately exacerbate racial and economic inequities and prolong and deepen the recession.

The CARES Act’s $600 per week in jobless benefits (known as Pandemic Unemployment Compensation or PUC) expired in Kentucky on July 25 even as the pandemic is resurging and many remain jobless. Rather than extending this emergency boost until it’s safe to go back to work and jobs are returning to the state, the HEALS Act would reduce it to $200 per week until October when states would need to change their systems to provide 70% of past wages, with a cap at $500 beyond the regular state monthly benefit.

For the 200,000 Kentuckians receiving jobless benefits, cutting PUC benefits by 2/3 (to $200 from $600) would mean an average 42.9% hit to their income. Kentuckians receiving Pandemic Unemployment Assistance (PUA) – who are part-time workers, small business owners, freelancers, and people who left their jobs due to care responsibilities like child care being closed or caring for family members with COVID-19 – would see their benefit reduced by approximately half (to an average weekly unemployment insurance benefit of roughly $180 plus just $200 in PUC instead of the $600).

The $600 PUC weekly benefit has done much to brace the economy, but cutting it to $200 will weaken that effect. By allowing people to continue buying the things they need to make ends meet, the emergency aid is keeping up aggregate demand. Cutting the benefit to $200 would pull $70.6 million out of our economy each week. By reducing demand through this benefit cut alone, Kentucky could lose over 33,000 jobs through the middle of next year, or 1.7% of our workforce (this estimate is based on the cut in the benefit to $200).

Fails to provide adequate aid to states and localities

No new funding would be allocated to state or local governments by the HEALS Act. Rather, it would only give state and local governments the ability to use remaining CARES Act funds to cover shortfalls in the 2020 and 2021 fiscal years to maintain spending levels from the 2019 fiscal year. Previously, the CARES Act only allowed states to spend this funding on new expenses directly related to COVID-19, and had to be spent by the end of 2020. In order to use these funds for revenue shortfalls, states have to distribute 25% of what they receive to local governments to help them with their own shortfalls.

This added flexibility for CARES Act funding will not sufficiently protect state and local governments from deep cuts in the coming years. Kentucky received $1.6 billion in CARES Act funding, but has faced major expenses fighting COVID-19. Officials say Kentucky could face a state budget shortfall of 16% – 29% this year and a collective city government shortfall of an additional $180 million in the 2021 fiscal year, to say nothing of county governments and special districts providing critical community services. Recent jobs data already shows Kentucky had 30,000 fewer state and local government jobs in May compared to February. Deeper revenue shortfalls in in the 2021 fiscal year­­­­ will add more public workers to the unemployment lines, and deepen and prolong the recession Kentucky faces.

HEALS provides limited additional funding to education. Nationwide, the proposal allocates $105 billion to schools. K-12 schools would receive $70 billion (with most all of the remainder to higher education), of which 2/3 is targeted toward reopening schools and only available if the school meets certain state criteria for opening to in-person instruction, regardless of whether it’s safe to return or not. In addition to making the K-12 funding contingent upon potentially dangerous conditions and therefore making it unavailable to many schools, this funding could not be used to preserve the jobs of teachers, counselors, and other employees if revenue shortfalls necessitate layoffs.

In contrast, the HEROES Act provided $1 trillion in direct, flexible grants to state and local governments, including a total of $7.4 billion for Kentucky’s state budget and $4.4 billion for Kentucky’s city and county governments. These resources are needed to safeguard students and teachers, support learning in a variety of educational settings, and protect social services, fire departments, public health, health care and other critical public services during the pandemic and recession.

Another critical aspect of the HEROES Act missing from HEALS is the additional 7.8 percentage point increase above the existing 6.2 percentage point temporary increase in the federal government’s share of Kentucky’s traditional Medicaid program costs. HEROES would have brought the federal share of Medicaid spending up to 86%, for a combined boost in federal funding in Kentucky of $1.7 billion over two years. This is especially important as state revenues shrink and Medicaid enrollment grows with Kentuckians losing employment and job-based coverage; enrollment is already up 187,800 or 14.3% since February.

Though the HEALS Act does provide another round of stimulus payments, its overall approach to helping families get through the pandemic and recession is deeply inadequate.

The HEALS Act follows the same model as the CARES Act for an additional round of recovery rebates, or “stimulus checks.” The Act would provide $1,200 for individuals making up to $75,000, $2,400 for a married couple making up to $150,000 and $500 per child. Payments are phased out above those income levels to a maximum of $99,000 for individuals and $198,000 for married couples. The only difference is that, unlike CARES, this round of payments would also include dependents over age 16.

However, although it expands stimulus payments to adult dependents, it doesn’t increase the number of eligible children per family (HEROES allowed for up to three children, rather than two in the CARES and HEALS Acts), include immigrant families who pay taxes with an Individual Taxpayer Identification Number or “ITIN,” or increase the amount of the payment. The first round of stimulus payments through the CARES Act  helped halt the economic slide – success that should be expanded upon.

And despite the fact that 1 in 4 Kentucky renters are unsure they’ll be able to make their next rent payment, HEALS fails to extend a nationwide moratorium on rent-based eviction and leaves out over $100 billion in funds provided in the HEROES Act to help people stay in their homes and address housing-related debt. A looming eviction crisis will disrupt families and cause extensive hardship unless Congress extends the moratorium and provides much more in aid, including short-term rental assistance and emergency housing vouchers.

HEALS also fails to address worsening hunger in Kentucky and across the nation. As a growing share of Kentuckians face food insecurity – 1 in 4 Kentucky households in May up from 15% in February – the HEALS Act does not increase Supplemental Nutrition Assistance Program (SNAP) benefits. Nor does it extend a very successful program known as Pandemic EBT, which provides $313 per child who qualifies for free school lunch. The House-passed HEROES Act would have increased the maximum SNAP benefit by 15%, reaching Kentuckians with very low incomes who were left out of a previous SNAP increase in the Families First Act, and also included an extension of Pandemic EBT.

The HEALS Act creates much higher barriers to litigation for individuals who get infected with COVID-19 at schools, hospitals and businesses. Individuals seeking a remedy in the courts for being infected would need to prove both gross negligence and that the business was in violation of state and local public health guidance before they could even bring suit – an extremely high bar. This “shield” lasts for five years.

Workers already have a limited set of opportunities to hold employers accountable for putting them in harm’s way. Preventing Kentuckians from being able to seek remedy in the courts further exposes them to dangerous conditions amid a global pandemic. And with outbreaks in COVID cases among employees in industries such as long-term-care, meat processing and child care, leaving workers vulnerable runs counter to the fight against the pandemic. Workers’ health is public health.

And where the HEROES Act provided a pay increase for essential workers – in recognition of their added risk of exposure and additional expenses from working while many schools and child care centers are closed – the HEALS Act does not. Nor does it provide an extension of the Families First Coronavirus Act’s paid leave program as was proposed in the HEROES Act.

Many economists believe that, just to keep from losing economic ground, the federal government needs to invest several times what the HEALS Act would provide. The HEALS Act leaves a broad scope of vital aid to Kentucky families and communities off the table. Kentuckians are already facing a massive loss of income, work and health insurance, and the threat of hunger and eviction looms for many. Until an effective vaccine or treatment is widely available and an economic recovery takes hold, Congress needs to deploy the kind of robust aid only it can. Without it, the pain from the pandemic and recession will be much deeper and longer than necessary.