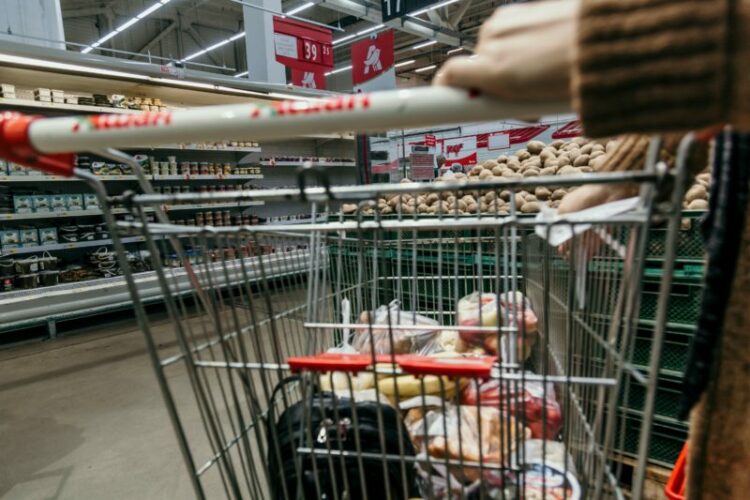 Food insecurity – limited or uncertain access to adequate food – is rising rapidly across the nation in the midst of the COVID-19 pandemic. The last available, regionally-based analysis suggests it reached 25.8% in Kentucky in April and May compared to 15.3% in February. New real-time, state-specific U.S. Census data shows that at least one aspect of food insecurity, food scarcity – defined as sometime or often not having enough to eat – is currently impacting 1 in 7 adults in Kentucky. Though state and federal interventions thus far are dampening the harm, Congressional action is needed to address the way widespread income losses and rapidly increasing food prices are leading to increased hunger for families.

Hunger is worse for households with children, especially Black and Hispanic households

Though hunger has increased across all demographics nationally, long-standing structural barriers to having enough food mean that food scarcity is higher for people of color. According to Northwestern University’s analysis of the weekly Census data, nearly four in ten Black and Hispanic households with children aren’t getting enough food to feed their families during the pandemic.

Food scarcity has a number of causes

Of those nationally reporting food scarcity, the majority identified affordability as the major barrier. Unprecedented job and income losses, the closure of schools that typically provide meals to kids in households with low incomes, and rising food costs are all contributing to this lack of affordability. Food prices have increased an average of 4.8% between May 2019 and May 2020, ranging from a 1.5% increase in produce prices to a 10% increase in the cost of meats, fish and eggs. Supply chain disruptions such as the disproportionate impact of COVID-19 in meat processing are behind these rising prices. Second to affordability, fear caused by the pandemic and supply chain disruptions have also complicated access to adequate food.

At the federal level, boosted unemployment benefits and stimulus payments passed in the CARES Act have been critical in keeping food on the table and resources circulating in Kentucky’s economy. Emergency SNAP (Supplemental Nutrition Assistance Program), which Kentucky applied for through the Families First Act, also provides existing SNAP participants with the maximum benefits for their household size. Though Kentucky has been providing over 157,000 households with these extra federally-funded benefits since April and has just been approved to provide them in July, the program doesn’t provide extra help to almost 40% of households with the lowest incomes who were already receiving the maximum benefit.

State-based solutions to the lack of affordability and access have included a pilot that allows SNAP participants to purchase groceries online for delivery or curbside pickup; a federally granted waiver to relax requirements for allowable purchases within the Women Infants and Children’s (WIC) program while some foods are difficult to find; and pandemic EBT (P-EBT) which supplements family grocery budgets for children who would have received free and reduced meals during school closures. So far, over 500,000 kids in Kentucky have received P-EBT benefits and the Cabinet for Health and Family Services recently extended the deadline to apply to August 31.

Despite these interventions, many Kentucky households still do not have enough food. The House-passed HEROES Act would increase SNAP maximum benefits by 15% — as was done during the Great Recession — providing a SNAP-eligible family of four an additional $100 per month on average to spend on groceries. This measure would also reach those with the lowest incomes currently left out of Emergency SNAP. But the Senate has yet to act on this and other critical forms of aid to help Kentucky families and the economy.