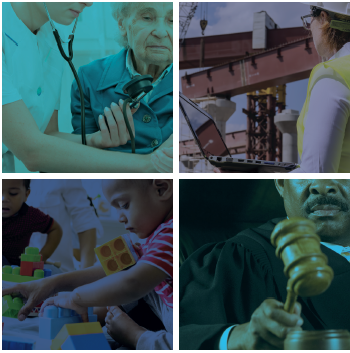 The budget passed by the House mostly avoids another round of damaging cuts to programs and services that have been common since the Great Recession (with a few important exceptions, like the elimination of direct aid to libraries). However, because it is based on the worst revenue forecast in 25 years and is not accompanied by significant revenue raisers, there simply isn’t enough revenue to support the level of investment necessary to move the commonwealth forward.

Furthermore, there will likely be additional fiscal strain in Kentucky related to the quickly escalating COVID-19 pandemic, including the increased risk of a recession. Kentucky’s rainy day fund will be only 3.3% of revenue under the House budget two years from now, one of the poorest-funded in the country; the median state rainy day fund was at 11.1% of revenue as of 2018.

As the Senate advances its proposal and negotiations across chambers take place to work out differences, all revenue options should be carefully and seriously considered, no new tax breaks should be passed, and measures should be put into place that protect investments going forward.

New revenue is necessary. In a comprehensive budget preview published in January, we documented the impact of more than a decade of budget cuts on schools, college affordability, child protective services, supports for Kentuckians with disabilities and more. These challenges have been described at length in budget review subcommittee meetings over the last couple of months. [i] In addition, the likely additional strains on the public health system and on public services more broadly due to coronavirus and the subsequent economic fallout, and the likelihood of less revenue coming in as a result, heightens the need for action.

Given the short time left in the session, and the lack of movement on comprehensive proposals that would raise adequate revenue to robustly address these challenges, at a minimum the legislature should act on several bills and ideas that have been introduced that would generate much-needed revenue and add other commonsense ideas.

More commonsense revenue ideas are available in our Revenue Options report and in HB 416 sponsored by Representative Willner. It is a comprehensive proposal to clean up General Fund tax breaks that raises over $1 billion annually in new revenue, while holding the bottom 80% of Kentuckians harmless and asking more from the wealthiest Kentuckians. And even though HB 416 cleans up many tax breaks the wealthy benefit from, the top 20% would still pay less in state and federal income taxes combined than they did three years ago before significant new tax cuts were passed.

In addition to the proposals that would provide new revenues for the General Fund, the General Assembly should also pass HB 580 sponsored by Representative Santoro – a comprehensive proposal that is expected to generate $483 million annually to help support maintenance of our transportation infrastructure at the state, county and city levels. This bill has been referred to the House Appropriations and Revenue Committee.

Two: Oppose new tax breaks or expansions of existing ones

There have been more than 50 bills filed during the 2020 legislative session seeking to amend our tax code to provide additional exemptions, expansions, credits, carve-outs or special treatment for a particular industry or cause. While none of these proposals appear to be moving forward currently, we are at the point in the session where legislators are considering the budget, and where negotiations between the House and the Senate will soon begin. It was during this period in both 2018 and 2019 that many costly tax breaks and tax cuts, most of which were not previously proposed or discussed during the legislative committee process, were inserted into bills that moved quickly through the legislative process without adequate transparency or accountability to the public.

Legislators should not enact new tax breaks, or expand existing tax breaks, because we cannot afford them. We also encourage the continued suspension or repeal of the angel investor tax credit program (currently suspended until January of 2021) which provides an overly generous and poorly targeted subsidy for wealthy investors.

Three: Pass measures that will support the regular and systemic clean-up of existing tax breaks

Finally, legislators should pass measures that will provide more fiscal transparency both for legislation being considered by the General Assembly and tax breaks that are already on the books so they have adequate information to make fiscally responsible decisions about the budget in the future. Legislators from both parties have filed four bills this session (HB 63, HB 413, HB 422 and HB 533) that seek to provide more transparency, greater oversight and better information about the impact of proposed and enacted legislation on state revenues. The growing, bipartisan interest in such accountability measures may not be enough to improve the 2020-2022 Budget of the Commonwealth, but should be acted on now as a key part of making better decisions about Kentucky’s budget in the future.

[i] For instance, in testimony to the House Budget Review Subcommittee on General Government on February 11, 2020, it was reported that there is a waiting list of 218 veterans who need care in state-operated veteran’s nursing homes. Even though there are enough beds to serve everyone, facilities are under-staffed due to insufficient resources and low levels of pay. The inability to offer competitive salaries is a problem that exists across state government resulting high turnover, heavy workloads, and the inability to fill vacant positions and provide services.