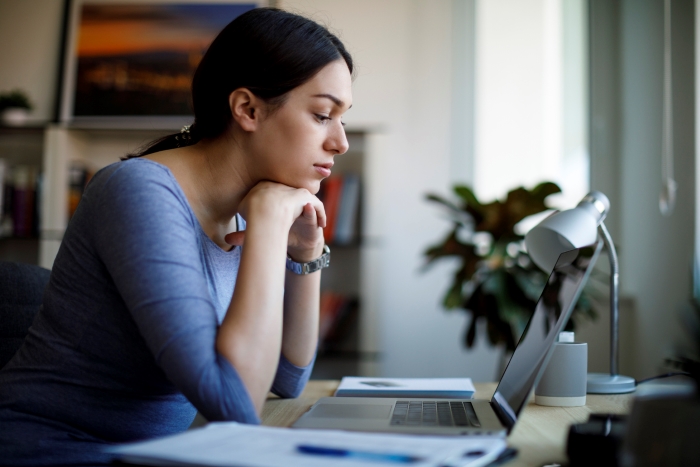 Congress has finally agreed to a new relief package that temporarily extends much-needed support to a weak economy and struggling families. It includes expanded and continued emergency unemployment benefits, rental and food aid, $600 stimulus checks, and aid for schools, childcare centers and businesses, among other forms of assistance.

However, the bill’s stimulus isn’t large enough and doesn’t last long enough to boost the economy through the remainder of this crisis, and it leaves out important elements like aid to state and local governments. The package is a down payment on another round of robust aid Congress must pass as soon as possible in the new year.

The new package brings back an extra $300 a week in unemployment benefits starting December 27th and continuing through March 14th. The CARES Act had provided $600 a week, but that supplement expired July 25. The Beshear and Trump administrations had then provided $400 a week in the fall, but that program left out many low-income earners, lasted only six weeks and expired in mid-September. The extra unemployment benefits are a critical help to laid-off workers because of the inadequacy of state benefits. Without this boost unemployed Kentuckians receive only $287 a week on average — far less than families need to make ends meet.

Last week there were 114,516 Kentuckians receiving various forms of unemployment benefits, and more whose claims are being processed (and initial claims have risen in recent weeks as the recovery weakens and the virus surges). The extra $300 a week will provide a crucial boost of approximately $489 million into the Kentucky economy.

The new package also extends eligibility until March 14th for two special forms of unemployment benefits in response to the pandemic that were set to expire the day after Christmas: Pandemic Unemployment Assistance for gig workers, independent contractors, the self-employed and those infected with or caring for someone with COVID-19, and Pandemic Emergency Unemployment Compensation, which provides additional weeks of benefits on top of the 26 weeks available under state law. Without this extension, 67,639 Kentuckians now receiving these benefits would have lost them entirely on December 26th. This extension means another approximately $13 million a week for Kentucky’s ailing economy. In total, laid-off Kentucky workers will now be able to claim these benefits for 50 weeks.

The package includes $25 billion nationally in rental assistance, a meaningful additional appropriation though only a little more than 1/3 of estimated nationwide rental debt. The state reports the package contains $297 million in rent, utility and energy assistance for Kentuckians. It also extends the CDC moratorium on evictions based on non-payment of rent from December 31st until January 31st. Over 1 in 5 Kentucky renters say they are behind on rent, and Kentuckians likely owe more than $500 million in back rent and utility debt based on national estimates and Census data. Past-due rent will continue to climb as joblessness persists.

The bill includes important nutrition components that provide $13 billion nationally to address hunger. Elements include an increase in SNAP benefits by 15% through June 30, 2021, support for food banks and expanded senior food aid. Nearly 1 in 5 Kentucky adults with kids say their children aren’t eating enough because they cannot afford it.

The new stimulus legislation also includes a $600 per person stimulus check to individuals and children (a family of four, for example, would receive $2,400). The stimulus checks in the CARES Act were a major boost to the Kentucky economy. These checks are not as large, but will bring an estimated $2.3 billion to Kentucky. The benefit begins phasing out for people who earned more than $75,000 a year in 2019 and ends entirely for those with earnings above $99,000. Unlike the CARES Act, the package does not disqualify entire immigrant families where one member lacks a Social Security number (and lets those families get their CARES Act check), though families in which no member has a Social Security number will still not receive a check even with a taxpayer identification number. As in the CARES Act, the new stimulus checks also wrongly leave out adult dependents including people with disabilities, college students and elderly individuals who depend on help from family members.

The package protects the Earned Income Tax Credit and Child Tax Credit by allowing them to be based on workers’ 2019 income rather than their reduced 2020 income, which will permit low-income workers who have been laid off or had reduced hours to continue to fully benefit from these programs.

Other monies included for businesses, schools, childcare centers and for vaccines

Additional elements of the package include:

Though the legislation includes many important measures, it is also missing key pieces and is not big enough or long-lasting enough to get families and the economy through this crisis and to a real recovery.

In addition to missing elements mentioned above and a lack of funds for hazard pay to essential workers, the legislation ended up including no general aid to state and local governments. Sagging tax revenues and increased demand for public services are putting severe pressure on state and local budgets. Already, Kentucky has shed 21,500 state and local government jobs since February. And the situation would’ve been much worse without prior federal aid, including an increased federal match for Medicaid expenditures due to expire in the coming months and $1.6 billion in Coronavirus Relief Fund monies (which the new package gives states an additional year to spend, though Kentucky has already allocated almost all of the money). Without more assistance, state and local governments face budget cuts that will mean more layoffs and a further drag on the economy, hampering an eventual recovery.

The new legislation also allows a special paid leave program established in the Families First Coronavirus Response Act to expire on December 31st. This program provided partial federal funding for leave to workers who were either infected with COVID-19, who were caring for a family member with COVID-19 or who had to take time off because their child’s school or child care center was closed. This emergency provision has been especially helpful for low-income employees, 7 in 10 of whom don’t receive such leave from their employer — including many front-line workers at a higher risk of exposure to COVID-19.

In addition, the continued aid to individuals in the package lasts only through the winter, with the extended and expanded unemployment benefits expiring again in just 11 weeks. That takes away aid far too early given the depth of the economic crisis. Indications are that vaccines may not be widely available until “mid-summer, early fall” according to the incoming Surgeon General. COVID-19 cases continue to rise nationally, and the winter is expected to bring new hardship as more businesses shutter their doors.

Even after vaccinations are widespread, the economy will still be healing for some time, and many families will face an overhang of debt caused by the crisis. Especially hard-hit groups, including low-wage and Black workers more likely to be laid off in the crisis and less likely to be hired back in the recovery, will need continued aid to keep from falling further behind.

Congress and President-elect Biden must make an additional, robust relief package the first priority in 2021. More aid is needed to build a bridge over this crisis and jump-start a strong and equitable recovery on the other side.