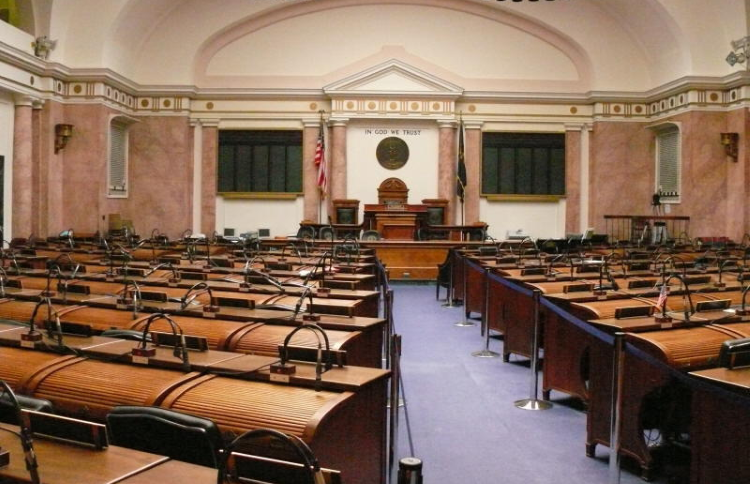 One-time monies in the state budget gave the 2021 General Assembly a unique opportunity to provide meaningful assistance to Kentuckians struggling during the pandemic. Those dollars resulted from federal aid that flowed through the Kentucky economy over the last year along with new relief provided directly to the state through the American Rescue Plan.

Instead, the primary focus of new spending during the 2021 legislative session ended up being subsidies to corporations through a variety of tax breaks and appropriations. The total new business subsidies add up to well over $1 billion. At the same time, no direct relief was provided for low– and moderate–income people and their families who have been harmed the most in the pandemic. These Kentuckians should be the priority for how the state spends remaining one-time funds moving forward.

Much of the aid the General Assembly provided to businesses was spent through the tax code in the form of various tax breaks and credits. Major bills include:

Tax breaks for Hollywood and for developers

HB 249 brings back the refundability of the film tax credit and raises its ceiling to $75 million. Additionally, it raises the ceiling on the historic preservation tax credit to $100 million and provides a special $6 million carve-out for the renovation of the luxury Seelbach Hotel in Louisville. Thirteen states have eliminated their film tax credits in recent years because they cost more than any benefit to states, with a recent study concluding that states “are not getting the return on investment taxpayers deserve, pure and simple.” The bill provides enormous subsidies to movie and television producers (covering 30%-35% of their production costs) and to developers (20%-30% of their costs). The new law’s $175 million cost is annual and has no sunset date, meaning it will exist in perpetuity and come off the top before a single dollar is appropriated for schools, health and other public needs.

HB 278 follows a misguided federal law in providing a double-dip tax break to the more than 50,000 companies that received Payroll Protection Program loans through the CARES Act. HB 278 was misunderstood as avoiding the taxation of these loans, but those proceeds were already excluded from income when calculating taxes. What HB 278 did was allow businesses to also deduct expenses paid with PPP loan proceeds from their remaining income, on par with allowing an individual to deduct medical expenses from their taxes even when those expenses were fully covered by health insurance. This deduction will only help profitable companies, rather than those that were struggling in the crisis. Its cost will be up to $250 million.

HB 413 freezes unemployment taxes at their current schedule for 2021 as opposed to allowing them to rise slightly due to the depletion of the state’s unemployment trust fund. This tax break applies to all businesses whether they are hurting or not in this crisis, and gives the most help to those with the largest payroll (like Amazon, which has expanded dramatically and now says it has 18,000 employees in Kentucky). This freeze will cost the trust fund about $200 million. The governor line item-vetoed the freeze for 2022, as proposed in the original legislation, and the General Assembly did not override the veto. But it will still apply for 2021.

HB 230 and SB 255 provide new tax breaks to cryptocurrency mining companies. These operations employ very few people while using massive amounts of energy, potentially forcing expensive energy capacity upgrades that result in rate increases for consumers. They are also highly speculative and volatile financial operations with potentially short lifespans and little hope of sustainability for the few jobs involved. That’s why Warren Buffett has called cryptocurrencies a “delusion” and a “mirage” that “will come to a bad ending.” HB 230 provides a sales tax exemption for cryptocurrency miners that would be far more generous than the one that already exists for energy-intensive manufacturers that employ far more people.

The General Assembly also passed HB 372, which would have provided expensive tax breaks targeted to high-income remote workers and to corporate data centers that employ very few people. Thankfully, Governor Beshear vetoed this bill after the session, leaving the legislature no opportunity to override the veto.

It is not clear if Kentucky will get penalized by the federal government for passing some of these tax breaks.1 The American Rescue Plan includes language suggesting states will lose $1 in federal aid for every $1 in tax cuts that they enact between now and the end of 2024, or before the federal aid is expended. The Department of the Treasury has ruled that adopting federal tax changes in state law like in HB 278 will not lead to a penalty, but has not yet issued guidance on how it will interpret the law for other tax changes.

The General Assembly also appropriated $575 million of the state’s American Rescue Plan monies toward paying back the unemployment loan it took out to pay benefits during the recession. That loan currently totals $506 million. The $575 million appropriation was the biggest item from the $1.366 billion in American Rescue Plan spending the General Assembly allocated at the end of the session, making up over 40% of the total.

This appropriation will not help workers, but rather will have the effect of reducing the unemployment taxes that businesses pay in the future. It will prevent the automatic return of a surcharge of approximately $21 per employee per year to pay interest; prevent a gradual increase in the federal unemployment tax to pay back principal, and mean Kentucky will more quickly get back to the lowest state tax schedule as the Trust Fund rebuilds. Without the $575 million appropriation, the loan would have been paid back over time through these measures.

The decision to use American Rescue Plan resources this way subsidizes all businesses in the state based on the size of their payroll, not just those hardest hit. The biggest dollars in subsidies will go to the biggest employers, some of which—like Amazon—have become even more profitable during this crisis.

Comparable assistance was not provided to individuals and families during the session. By freezing funding for most parts of the state budget, the legislature chose not to fund needs like more social workers to address the child welfare crisis or more community living waiver slots for people with disabilities. A bright spot was extra monies to schools equal to the cost of one year of full-day kindergarten, as well as the use of $550 million from American Rescue Plan monies for needed broadband and water and sewer infrastructure. But while that infrastructure money, as well as the money for the unemployment loan, was part of the governor’s proposal for use of American Rescue Plan funds, the legislature didn’t include the direct aid to low-income individuals that the governor also proposed. Governor Beshear’s plan included $475 million in economic impact payments of $500 each to people making less than $25,000 a year and couples making less than $50,000.

Also, while the state adopted the federal tax break on PPP loan expenses in HB 278 mentioned above, it did not at the same time adopt another federal tax change — the exemption of up to $10,200 from the income tax of unemployment benefits received during the pandemic. Kentucky was one of only 13 states to leave unemployed people out. Another bill the legislature passed, SB 65, will deny food assistance to people who are behind on child support payments, hurting children in those families. The last time the rule was in effect, 6,000 kids lost food aid.

Hardship remains severe for individuals and families across the commonwealth. More than 90,000 fewer Kentuckians are employed than before the pandemic hit, and Black workers and women have been disproportionately harmed. Many people face substantial rent and utility debt, and 32% of Kentuckians are having difficulty covering usual household expenses.

Providing relief to the hardest-hit Kentuckians and their families should be the highest priority use of the approximately $1.27 billion in American Rescue Plan monies the state has remaining.