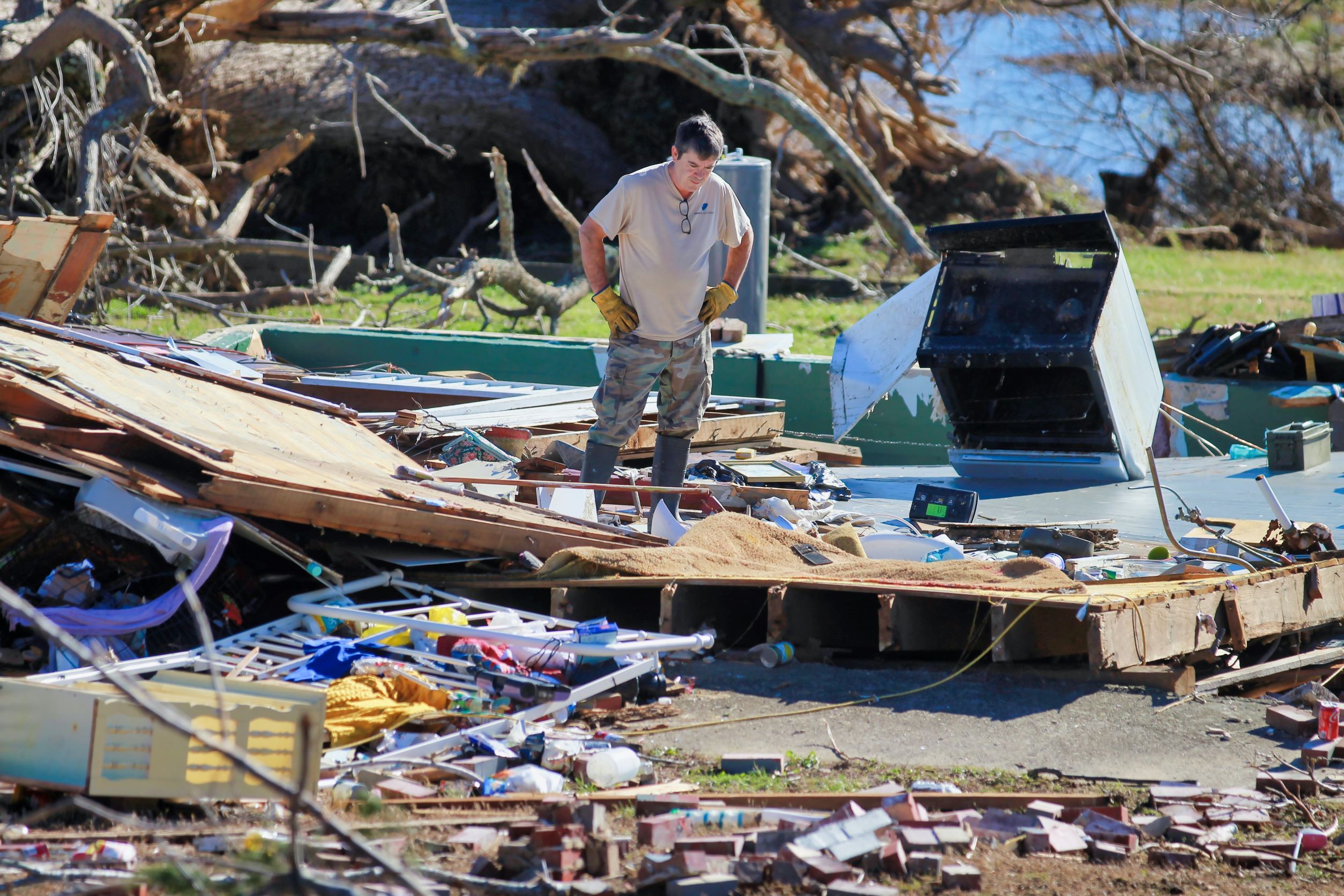 The last couple of years have marked a chaotic time in Kentucky with our communities rocked by a pandemic, recession, tornadoes and floods.

The turmoil that our more vulnerable neighbors face every day is creeping into the lives of those used to greater comfort. For many, the temptation is to see this period as a rare string of bad luck. Out of a protective instinct, we look forward to when things will go “back to normal.” Psychologists call it the normalcy bias or, more judgmentally, the “ostrich effect.”

But there’s good reason to expect a future marked by more frequent crises. Our economy, climate and social networks have changed in ways that make such events much likelier.

Thinking honestly about this future makes many panic. But prudent action is shut down when we bury out heads in the sand or, on the other extreme, live in fear of worst-case scenarios. Instead, we must strive to be both realistic and constructive.

Such a view is clear-eyed about a future more chaotic than the past. But it also recognizes that we’ve overcome enormous adversity throughout history, and identifies ways to reduce risk. That will mean hard work by individuals, families, churches and nonprofits, but these problems are too big for voluntary action alone. We need government as well.

Failure to recognize government’s vital role has made recent disasters much worse. When the Great Recession tore through our economy 15 years ago, Kentucky had little money set aside in the rainy day fund from the boom period beforehand. That resulted in round after round of budget cuts we still have not recovered from.

State budget cuts led to under-staffed local health departments that contributed to a deadly Hepatitis A outbreak in 2018. The system then became quickly overwhelmed early in the COVID-19 pandemic. Failure to create laws requiring adequate wages and paid sick days kept some workers tied to their jobs when they were sick from the coronavirus, making workplaces a major site for spread. Kentucky long neglected to update its 50-year old unemployment insurance technology, which prevented many thousands from getting money for food, clothes and housing during a torrent of COVID-induced job loss.

And when the floods hit eastern Kentucky this year, a lack of prior investment in mitigation and resilience — despite more declared flood disasters since 2000 than any other state — likely worsened the destruction.

To approach the future realistically and constructively includes following what’s called the “precautionary principle.” That involves taking protective action in the face of uncertainty, or the “better safe than sorry” approach.

To do so, we would invest more in things like preventive health care and community resilience. We would ensure the basics are in place: modern technology, adequate and trained public sector staffing, and contingency plans. We would also increase financial resiliency — policies that ensure families and governments have adequate savings to get by when disasters hit.

Following this route means building on successes like Kentucky Mesonet, the state’s early warning tornado system established 15 years ago. Other states like Tennessee are looking with envy at Kentucky’s system, which proved essential in providing better, more localized warnings when the tornadoes landed last year. But most aren’t aware of Kentucky Mesonet’s importance, and the system withstood an attempt by Governor Matt Bevin to defund it in his 2018 budget proposal.

The precautionary principle should be kicking in now when it comes to state finances. With Federal Reserve Chair Jerome Powell jacking up interest rates, the risk of a recession has gone up. Precaution would have us suspend the hugely expensive income tax cuts scheduled to happen under last year’s House Bill 8, and protect the rainy day fund we might soon desperately need.

Prioritizing precaution, prevention and resilience is also a great way to create good jobs: reforesting hillsides, providing immunizations, building safer housing and more. And the next time that waters rise, germs spread or the economy crashes, we’ll be better prepared.

This column ran in The Daily Independent on Sept. 29, the Northern Kentucky Tribune on Oct. 1, the Courier-Journal on Oct. 4, LINK NKY on Oct. 16, and the Commonwealth Journal on Nov. 10.