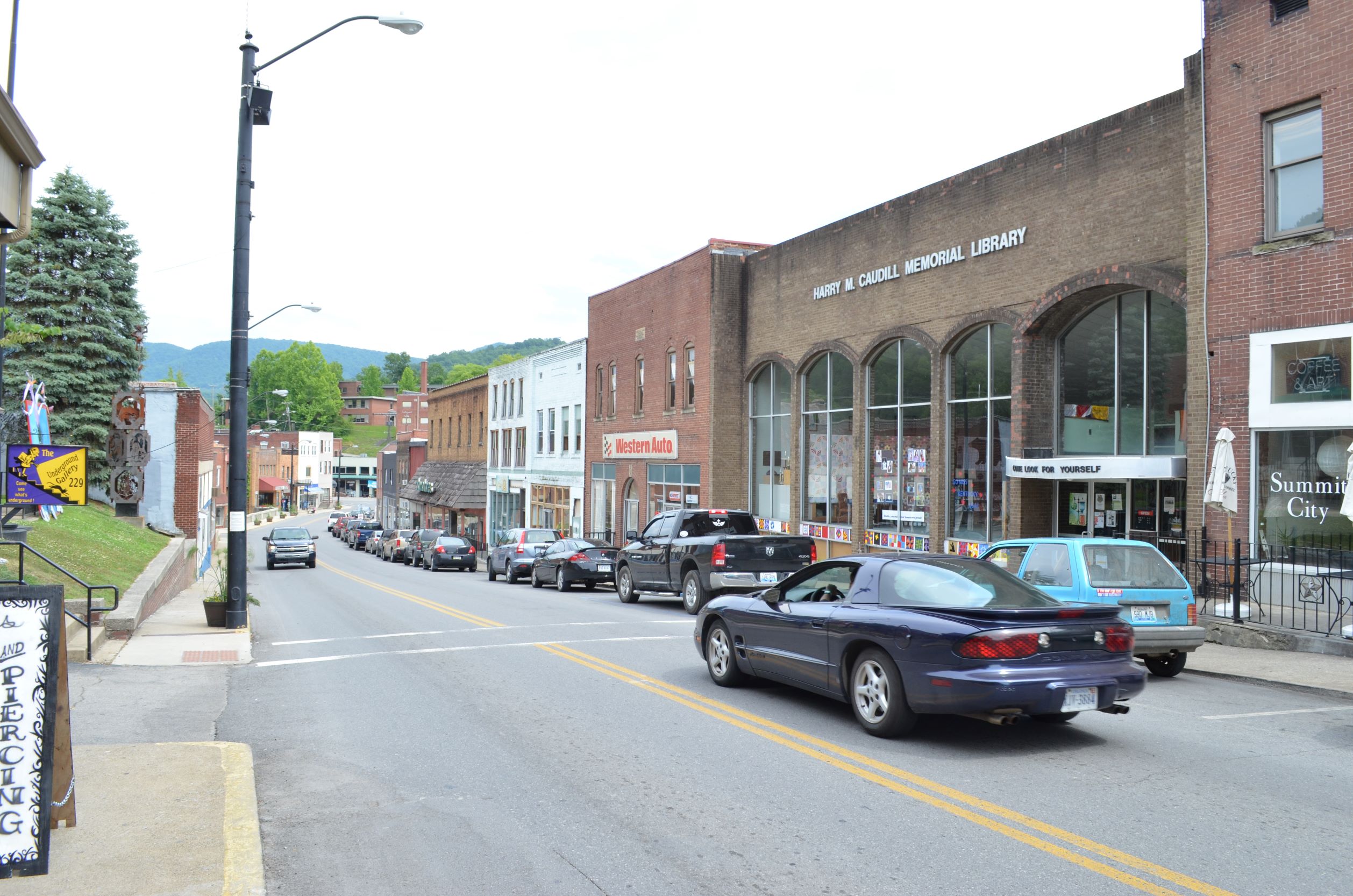 The catastrophic flooding that recently hit southeastern Kentucky resulted in the death of 39 people, devastated communities and destroyed many homes and buildings. The problem is not new: Kentucky has “seen more flood-related disaster declarations than any other state between 2000 and 2022.” But because of climate change, flash floods and other extreme weather events are increasing in frequency and severity. Eastern Kentucky communities face among the highest risk, in substantial part because coal mining eradicated natural protections that could help alleviate flooding.

While the immediate priorities are providing relief to those harmed by the floods and support for local rebuilding and recovery, Kentucky must also invest more state resources in limiting the damage of future floods and other climate-related disasters. Unless there is greater attention to resilience, these same communities and others are at risk of similar repeated crises in the future.

Historically, the Federal Emergency Management Agency (FEMA) provides a majority of the funding for disaster relief and clean up, but federal resources alone are not sufficient to provide adequate immediate relief, much less to do the work needed to mitigate future harms. With the growing risks from climate change, many states are enacting legislation and appropriating funding for flood mitigation, with 19 states passing legislation in 2019 alone. Kentucky, however, lacks comparable dedicated capacity and resources aimed at increasing resilience. The state’s current substantial state budget surplus and large balance in the Budget Reserve Trust Fund present an opportunity to make significant investments in resiliency planning and flood protections, and provide a better alternative than using the funds for scheduled tax cuts.

Establish a Kentucky Office of Resiliency

The state should begin planning for the future with the establishment of a Kentucky Office of Resiliency to serve as the single entity responsible for the oversight and coordination of climate-related disaster planning and mitigation.

There are currently multiple governmental agencies and entities in Kentucky that have at least cursory hazard mitigation plans, including the state, counties, cities, and Area Development Districts (ADDs). These plans have different timelines and objectives and in many cases compete for the same federal resources without regard to overall state need and risk. Every five years, these plans are summarized as part of the state Hazard Mitigation Plan that all states and territories are required to submit to FEMA to be eligible for support and funding.

Kentucky’s most recent plan, filed with FEMA in 2018, was prepared by the University of Kentucky Hazard Mitigation Grants Program. The plan identifies high-level risks and general mitigation strategies to reduce future harms in broad terms, but lacks the details necessary to connect identified risks with specific plans to address them. As such, the plan does not provide the type of forward-looking detailed framework necessary for Kentucky to intentionally make the investments that will save lives and limit damage.

With the destruction from climate change growing, many states are developing comprehensive disaster resiliency plans that go far beyond the requirements of FEMA. These plans rely on up-to-date data and resources that take into account how climate change has greatly magnified risk, and identify strategies to mitigate future harms. States are also committing significant state resources to implement their plans. Kentucky, which currently invests very few state resources for hazard mitigation, should follow suit.

As stated in the Kentucky FEMA report, “Flooding is the most frequent and costly natural hazard within the Commonwealth, with an average annual loss of greater than $40,000,000. Flood events occur within the state every year with several substantial floods occurring annually.” One of the first tasks of the Kentucky Office of Resiliency should be to implement a comprehensive data collection and planning process that more accurately identifies flooding risks, and to use that data to create a comprehensive statewide flood resiliency plan.

Prioritize focused planning and other resources on flooding

Identified best practices for state flood resiliency plans include gathering authentic input from people who live in impacted communities, experts, local governments, nonprofits and universities. Plans should be based on and supported by independently developed and frequently updated data and maps that take into account future risks, rather than relying on the static and outdated FEMA maps that in many cases do not accurately reflect current conditions. The plan should include mitigation strategies that prioritize high risk and low resource communities. In addition, Kentucky’s plan should identify the impacts that coal mining and logging have had on the ability of the land to absorb rainfall so that mitigation measures such as reforestation and land reclamation can be implemented to the extent possible, along with more common mitigation strategies such as floodplain and wetland restoration.

Beyond the mapping and data collection, it is important that the plan identify unique factors that make effective flood mitigation more difficult and costly in eastern Kentucky, including the high number of homes that could be subject to extreme risk of flooding. A recent analysis conducted by the nonprofit First Street Foundation identified that a majority of residential property in Breathitt (65%), Floyd (69%), Johnson (71%), Leslie (68%), Letcher (66%), Magoffin (67%), Martin (73%), Owsley (59%), and Perry (52%) counties is at an extreme risk of flood damage in the future. In addition to residences, the analysis also shows that there are a large number of commercial buildings, roads and critical infrastructure, including schools, at significant risk of flooding in these areas. At least 30% of all properties in these counties are at elevated risk. The volume of properties affected, combined with a lack of resources at the local and federal levels, means that significant state-level planning and state and federal investment will be required for meaningful mitigation measures to be implemented. The plan should identify and prioritize projects, specifically identify funding sources, commit resources, and clearly establish responsibility and timelines for project completion.

Kentucky should also use a new resiliency office and state-wide planning process to identify and take full advantage of the range of federal resources available so that funding applications can be coordinated and strengthened, increasing the chance of success. Over the past two years, the federal government has enhanced and increased funding opportunities for flood mitigation including significant new funding opportunities in the Infrastructure Investment and Jobs Act. There are a range of federal programs that provide funding for state and local disaster planning and mitigation efforts, but local governments are understaffed and under-resourced and without the assistance from the state, often lack the capacity needed to effectively apply for available funds.

Based on information included in the 2018 FEMA report, Kentucky currently invests very few state resources in hazard mitigation on a regular basis. The only direct state expenditure identified is providing 12% of the 25% local match required for projects funded under the FEMA Hazard Mitigation Grants Program (the remaining 13% must be provided by the local government). The report lists as indirect investments funding for the ADD districts, which oversee the development of regional hazard mitigation plans along with other responsibilities not related to hazard mitigation. It is clear that Kentucky can and should do much more.

Following the western Kentucky tornadoes in December of 2021, the General Assembly appropriated $200 million (here and here) to the western Kentucky State Aid Funding For Emergencies (SAFE) fund to support rebuilding and recovery – an acknowledgement that available federal and local resources would not be enough to get the job done. Rebuilding and recovery from the floods in eastern Kentucky will require substantial resources, in part because of the unique difficulties with rebuilding and mitigation in mountainous terrain compromised by mining and logging. But providing specific funding for mitigation and recovery in the areas hit by recent flooding is only the first step.

Ongoing funding and mitigation efforts outside of direct flood response should focus on particularly vulnerable communities that are disproportionately impacted by climate change. These same communities have less financial wealth, which means they have fewer local public dollars to invest in flood prevention. In addition, those with fewer resources (including people of color facing historic racial inequities) are less likely to have flood insurance, personal savings, robust housing stock and other resources that can buffer the harms of flooding. It is essential that the state approach to building flood resilience prioritize allocating sufficient resources and ensuring that those resources are equitably distributed.

In particular, residents in flood prone areas in eastern Kentucky will need a significant amount of housing assistance to mitigate future harm. Standard physical mitigation strategies for individual property owners include property relocation, raising structures above the flood level, and purchasing flood insurance to protect against loss. However, because of the number of impacted properties, topography and damage from coal mining and logging, and corporate ownership of much of the land, spaces for relocation within these counties are limited and raising property above the floodline may not be easy in many cases, increasing the need for a home buyout program and other creative solutions. Further, flood insurance has become increasingly expensive, making it less likely that people living within flood prone areas will be able to afford it without help. Strategies will also need to take into account that approximately 25% of homes in flood-prone eastern Kentucky counties are rented, not owned, and that mobile homes make up about 30% of housing stock.

Local governments will need assistance in improving and protecting infrastructure like bridges, roads, stormwater, drainage and water and sewer systems. They may also need to address issues with vulnerable dams and slurry ponds. The scale of the disaster in eastern Kentucky demonstrated a wider range of infrastructure is vulnerable to flooding than previously understood, including telecommunications. And flood-prone communities need more resources and planning for rapid-response action when flooding hits, including more advanced early warning systems, accessible rescue equipment and personnel, and contingency and evacuation planning.

To make meaningful changes that will reduce future harms, Kentucky must commit to developing and maintaining robust resiliency planning, oversight, investment and implementation infrastructure that continues over time, and is not just a short-term response to the latest tragedy. Historically, promises are made and money is spent following a tragedy like the current floods. But as attention wanes and priorities move elsewhere, the critical follow up, planning and investment needed to mitigate future damage often falls by the wayside. Until recently, that was the case in West Virginia, which established an office of resiliency following its 2016 floods but failed to move forward with implementation and funding despite comprehensive work done by FEMA to identify the risks and possible solutions.

The current budget surplus and large Budget Reserve Trust Fund balance of $2.7 billion present an opportunity for an aggressive response to relief and recovery in the communities harmed by this disaster, as well as investment and planning to reduce the harms the next time our communities flood. These uses should receive priority over scheduled tax cuts that will compromise our ability to fund a resilient recovery.