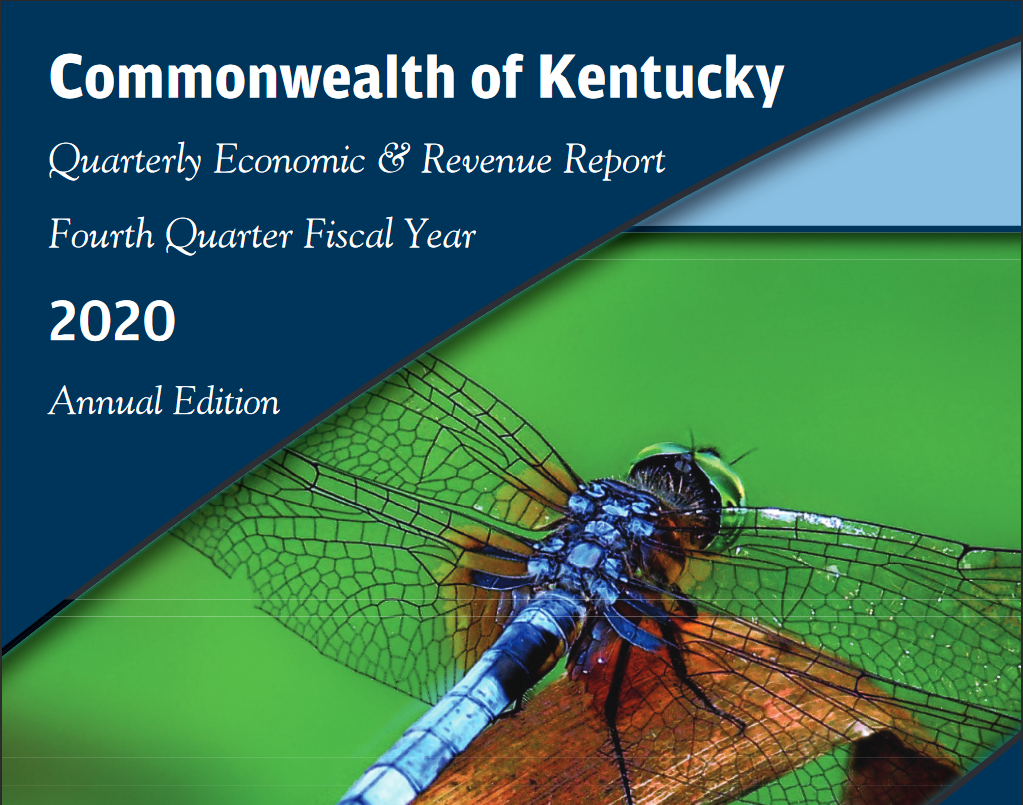 The economic downturn caused by the COVID-19 pandemic has harmed Kentucky’s revenues and budget, but in the last fiscal year the impact was softened by substantial federal relief to families, businesses and the state. As Kentucky begins the 2021 fiscal year in a pandemic far from over, most of these federal aid measures have expired.

A new forecast from the Office of the State Budget Director (OSBD) projects significant shortfalls this year even with extensions of some federal aid — which Congress does not yet have agreement on. In the absence of sufficient relief, state budget problems – service reductions, layoffs and more – will harm communities and drag the economy down further.

The 2020 Kentucky General Assembly, cut short by COVID-19 and faced with significant uncertainties about the economic impact of the pandemic on revenues and expenditures, elected to enact a one-year spending plan rather than passing a traditional two-year state budget. In passing the budget, the General Assembly reduced the December Consensus Forecasting Group (CFG) General Fund estimate of $11,576 million to $11,448 million, a difference of $128 million. In late May, the Governor called the CFG back in to revise the official revenue estimate for 2020. The CFG further reduced the revenue estimate by $457 million to $10,992.

Kentucky ended FY 2020 on June 30 with $11,567 million in receipts – better than the revised estimates. The results were helped by stronger than expected receipts in the first three quarters of the year (before the pandemic) at 3.9%. The COVID-19 impact on 4th quarter receipts was significant, with an overall decline of 4.5%, including a 16.5% reduction in business taxes, a 5.9% reduction in sales taxes and an 11.8% reduction in estimated individual income tax payments. During the 4th quarter of FY 2020, wages and salaries also declined by 16.1%, representing the largest single-quarter loss in history.

Without federal aid, revenue in the fourth quarter would have been much worse. The federal government provided over $15 billion in relief payments to individuals and businesses in Kentucky from March through July. That significantly helped the state revenue picture because of increased spending subject to the sales tax and increased withholding payments from unemployment benefits, which are subject to the state income tax.

In fact, because of the reduced revenue estimates and federal aid, Kentucky ended FY 2020 with a General Fund surplus of $177.5 million. Of that amount, $105.8 million came from greater resources, and $71.7 million from spending limits imposed during the last two months of FY 2020, including the use of $23.7 million in COVID relief funds to offset budgeted expenditures. A large share of the surplus, $163 million, was deposited in the Budget Reserve Trust Fund (BRTF) – increasing the balance to $466 million. Even with this deposit, Kentucky’s BRTF is still ranked very low, at 44th in the nation.

Last week, the Office of State Budget Director (OSBD) released its annual economic and revenue report, which includes unofficial revenue projections through the end of FY 2021. The projections show a continued decline in revenue that would be made much worse if Congress does not act to provide adequate additional aid.

Due to the heightened level of uncertainty created by COVID-19, OSBD presents both a “control” and “pessimistic” forecast. The primary difference between the two forecasts is that the pessimistic forecast assumes a steeper, longer contraction in consumer spending due to “an inability to stem the increase in new cases and the deaths associated with COVID-19”. The projections anticipate a General Fund revenue shortfall of between $242 million or 2.1% less than the enacted estimate under the control forecast, and $540 million or 4.7% less than the enacted estimate under the pessimistic forecast. In either case, it would be the first annual decline in year over year revenues since 2010. Shortfalls in this range would require additional budget cuts at a time when Kentucky’s critical community investments have already been deeply harmed by a decade of cuts stemming from the last recession.

Notably, both forecasts assume that the $600 per week federal supplemental unemployment benefit will extend through December 2020, that a second round of stimulus payments of $1,200 per adult and $500 per child will begin in September, and that the Payroll Protection Program (which supports businesses) will be extended. However, Congress has yet to pass any additional relief measures. OSBD notes in the report that “the longer that lack of relief continues, the less likely the underlying economic assumptions … are met.”

The largest reductions are expected to occur in the sales tax and corporate taxes. Sales tax collections are expected to fall between 3.7% and 8.3% in FY 2021. These anticipated declines would have been much greater but for a recent law that requires remote sellers to collect sales tax for Kentucky, resulting in $165 million more in revenues in 2020, and the assumption of continued federal relief described above. If federal relief is not provided, or is provided at reduced amounts, sales tax receipts will be significantly lower.

Corporate taxes are expected to decline between 19.5% and 21.6%. OSBD notes in the report that: “the tax law changes from 2018 and 2019 have had a profound impact on collections even before the onset of the pandemic. This tax-law effect has led to larger declines than would be predicted based on the forecasted pattern of corporate profits.” Thus, what Kentucky is experiencing now is a result of both the pandemic, and recent state tax changes that significantly benefited corporations.

In addition to the projected revenue shortfalls, Kentucky will have continued enhanced expenditures due to a depressed economy and related to fighting COVID-19 throughout 2021 – expenditures that are not included as part of the current budget. For example, the spike in job loss has increased the state’s Medicaid population by 226,000 people. These budgetary needs and bleak forecasts underscore the critical need for additional federal assistance to individuals, businesses and state and local governments.