Kentucky’s economy is weakening in the face of a resurging pandemic and the end of stimulus aid.

Consumer spending is sagging following the July 25 expiration of $600 a week in supplemental unemployment benefits. And just turn on the news and you hear story after story of jobless workers unable make ends meet as benefits are cut in the midst of a record slump.

Meanwhile, the U.S. Senate has failed to agree to legislation that would provide the aid the nation needs.

The House passed the HEROES Act back in May, a bill that includes necessary aid to state and local governments, a continuation of the $600 week in unemployment benefits through the end of January, food and housing assistance, and other vital forms of relief. Senate leadership, on the other hand, proposed a deeply inadequate package that cuts back or eliminates those critical elements, and the Senate hasn’t even voted on any new relief legislation.

Last week, the president proposed executive actions instead, including a temporary $300 a week in supplemental jobless benefits for a reduced number of unemployed workers, along with an option for states to add $100 using their CARES Act monies. Because it’s all we have at the moment, Gov. Andy Beshear announced that Kentucky will move forward with it.

But for the sake of Kentucky’s economy and struggling families, the U.S. Senate can’t relinquish its responsibility to pass a broader legislative package that would address the crisis in front of us.

It will be September before the state will be able to get this modified benefit out given aging computer systems. Even then, the fund to pay it will run out of money in just five to six weeks. Due to the status of the pandemic, economic conditions will continue to be bad after that.

They could become worse as the reduced benefit throttles back consumer spending in Kentucky; the cut from $600 to $300 in federal unemployment benefits will take approximately $50 million a week from the fragile Kentucky economy.

The president’s action excludes from the $300 federal supplement people who make less than $100 a week in unemployment benefits. That abandons many low-wage workers most in need of the help.

Like other Southern states, Kentucky’s minimum benefits are small — as little as $39 a week. We recently heard from a laid-off worker in Franklin County who gets only $78 a week in unemployment benefits and is behind on rent and utilities as a result. She calls the loss of the $600 “absolutely devastating,” and her story is far from unique.

The executive action falls far short of what the economy needs. Only Congress has the authority to enact a plan that builds a bridge for families, communities and states to the other side of this crisis.

An aid package that works would include an extension of the $600 supplemental unemployment benefit that only ends when we are truly in recovery; an increase in housing and food assistance; adequate federal aid to states and localities; and other forms of relief.

A congressional failure to pass a robust package will leave a housing crisis in its wake, families struggling to pay for groceries, and a much deeper and longer recession. It would mean more layoffs when state and local governments begin making budget cuts forced by the huge revenue losses they are facing.

The economy is like a car that’s badly sputtering because as a country we didn’t take the preventive actions to stem the pandemic. Failing to pass another congressional aid package is choosing to cut the fuel line.

It’s up to the Senate to agree to the repairs we need instead.

This op-ed ran in the Daily Independent the State Journal on August 21,2020 and the Northern Kentucky Tribune on August 25, 2020. 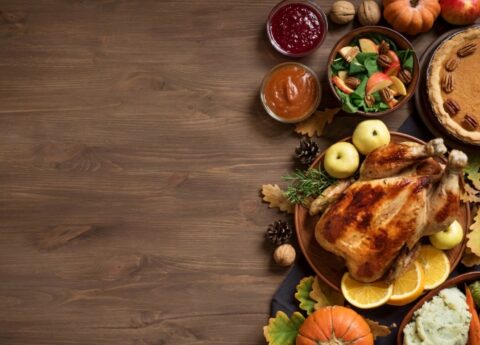