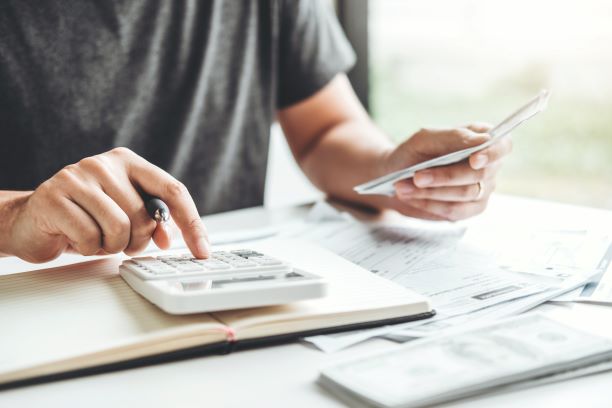 On July 25, the extra $600 per week in unemployment benefits known as Federal Pandemic Unemployment Compensation (PUC) expired for Kentuckians receiving jobless benefits, and the pain of that lost income is already being felt. Over the last several months, the $600 has helped to sustain consumer spending, prop up the state budget and enable hundreds of thousands of out-of-work Kentuckians to make ends meet amidst deep job loss and a worsening public health crisis. Unless the U. S. Senate agrees to extend the $600/week benefit, the economic damage of the recession will be much deeper, the eventual recovery will take much longer and more Kentuckians will be unable to afford basic necessities.

The extra $600 provided a major boost to a slowing economy

From PUC payments coming into the state, Kentucky has received over $100 million a week since late March for a total of $2.9 billion in federally-funded benefits. These federal dollars are a significant boost to the economy, as every dollar provided through unemployment insurance during a downturn generates as much as $2 in the broader economy as the monies are spent at grocery stores, for rent and utilities and at other businesses.

But with the expiration of $600 three weeks ago, and the loss of 2/3 the value of unemployment benefits for the average claimant, Kentucky consumer spending is likely to contract. In fact this may already be happening. After a return to spending levels similar to January that corresponded with the PUC and Economic Impact Payments (known as “stimulus checks”), spending already began to decline in June, and accelerated at the end of July, so that as of August 2 consumer spending was down 4.8% compared to January.

Lower consumer spending also leads to fewer jobs. A reduction in demand and therefore lower consumer spending means there isn’t as much income going to those who make and sell goods and services – which eventually will lead to additional layoffs. According to one estimate, the result of losing PUC alone could cost Kentucky nearly 50,000 jobs, or 2.6% of the workforce.

The extra $600 benefit also significantly buoyed tax revenues, staving off what could have been a disastrous end of the 2020 state fiscal year (SFY). The fourth quarter of SFY 2020 (April through June) showed a 1.0% increase in withholding income tax receipts, but when withholdings from unemployment insurance are not accounted for, withholding receipts drop to -5.5% compared to the year before. That trend continued into July, when individual income tax receipts grew 6.2%, with $20.4 million coming from unemployment check withholdings. State budget officials also credit PUC with keeping sales tax receipts from cratering in July, and actually contributing to growth of 12.3% that month. With those benefits gone, and consumer spending slipping, Kentucky’s budget will no longer be propped up as it has the past few months.

Kentuckians face new turmoil after the expiration of the $600

Meanwhile, the hardship of losing PUC is already being felt by Kentuckians across the commonwealth. According to the Urban Institute, by not extending PUC through the end of the year, 51,000 more Kentuckians will live below the poverty line ($26,200 for a family of four). To get a snapshot of what this means in real terms for people, KCEP began collecting stories on August 9 from people who have either used the $600 PUC benefit, or know someone who has. A selection of those stories illustrate what the loss of 2/3 of income looks like:

It [PUC] bought my groceries and helped me pay my bills and buy things my children needed. [Without PUC] I don’t know how I’m going to pay my bills from this point on. I’m at high risk for getting COVID so I can’t return back to work and my kids can’t return to school.
Jessica from Hardin County

It has helped pay bills and keep food on the table for my family. We live in eastern KY and jobs are always hard to come by, especially now. What we draw on unemployment [without PUC] won’t even pay half of our bills.
Beth from Morgan County

I only get $69 from state [unemployment] benefits. Without [PUC] I can’t live literally. I’ve got a 1 year old, rent, car payment and other bills plus a fiance with brain damage who gets no kind of assistance! [Without PUC] we may be homeless, I may lose my car, my child could possibly go without diapers.
Melissa from Jefferson County

I am currently back to work, but my place of employment plans to lay me off again for 6-8 weeks.  With regular unemployment, my family will not be able to pay our bills. We have just gotten to where we were building credit and getting ready to buy a new home.  If I am laid off and do not receive that extra money then our credit could start deteriorating again and we will not be able to provide for our children the same.
Amber from Allen County

It’s helped me do much needed repairs to my home. I won’t be able to survive on the 80 [dollars] a week.
Donna from Jefferson County

[Not having PUC is] a major loss. I was able to pay up my bills for this month of August. But after August if it doesn’t get renewed or something else comes through, my son and I are really going to have issues. I haven’t even been able to help him with getting school supplies. It wasn’t my fault I got laid off and the second I can go back to work I will.
Megan from Nelson County

It will surely hurt me seeing as that is/was the majority of my monthly income needed to pay bills and buy groceries and to help make sure my 3 month old son has what he needs, too. If I can’t receive those funds it will become very hard and very stressful to be able to do these things!! Without the 600 dollar benefit there are going to be many Kentuckians and others around the country that are going to have a hard time being able to get the things needed for their families to survive because the money from regular unemployment just isn’t enough to cut the mustard!!
Brian from Powell County

Before the Pandemic I worked for the company for 12 years. I was earning $1100 weekly. With the help of the $600 I was able to pay my utilities and my mortgage. Now without the extra I will only be drawing $352 every 2 weeks. I will not be able to pay my mortgage, therefore I will lose my home. My husband has leukemia so it is [a] scary time for us.
Crystal from Madison County

I was able to make mortgage payments, feed my child, keep lights [and] water on. [Without PUC] I have lost my car and [am] facing notices from [the] energy company – hard to maintain a family on $289.
Kristina from Northern Kentucky

[Without PUC] I’m about to lose everything I’ve worked hard for.
William from Grant County

Only Congressional action can save the $600 and sustain the economy

Tying enhanced benefits to an arbitrary end date (July 25) has left nearly 200,000 Kentuckians financially stranded. The $600 a week should be extended – at the very least – through the end of January as was proposed in the U.S. House-passed HEROES Act, and ideally triggered to automatically continue if needed beyond that point. Extending the $600 should also be part of a broader emergency aid package that extends the eviction moratorium and includes housing assistance, provides substantial aid to state and local governments, expands food assistance, and much more.

The U. S. Senate-proposed HEALS Act and the President’s recent executive actions fall far short of what’s needed. Both would cut the $600 substantially even while the pandemic has resurged and unemployment remains historically high. The President’s actions also may be illegal and administratively unworkable. Even if those actions can go forward in some form, they leave out significant numbers of low-wage unemployed workers and will expire in 5-6 weeks. And both the Senate proposal and the President’s actions ignore the other forms of aid that are critical to sustaining the economy and families through this crisis.

Extending the $600 would help alleviate immediate harm being caused to Kentucky families, our economy and our state budget. Leaving stranded Kentuckians without meaningful help is not an acceptable option, and the U.S. Senate needs to act now.

Note: Stories about PUC were edited only for spelling and punctuation.