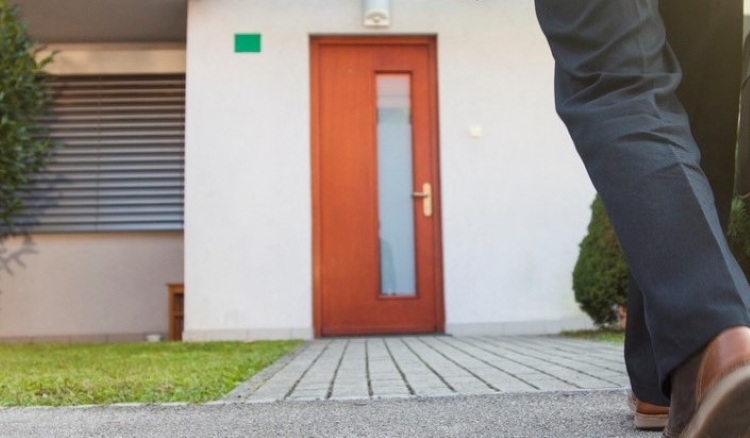 Despite the harms to people, families and communities, Kentucky incarcerates 40% more people than the U.S. average. In addition, existing state and federal policies strip people reentering society of certain rights and lock them out of opportunities to meet basic needs, with consequences like housing and food insecurity and lack of access to educational and employment opportunities that are risk factors for reincarceration. Currently, in the two years after release in Kentucky, the rate of returning to incarceration, also known as recidivism, is 41%.

At the same time the state needs to pass legislation to reduce incarceration, the General Assembly should take action to support healthy reentry for the many Kentuckians who leave incarceration and return to their families and communities.

Nationally, nearly all people who have been incarcerated eventually return to their communities (an estimated 95%). Yet people with experience with the criminal legal system — who, because of long-standing structural discrimination and oppression, are disproportionately Black and brown — face many barriers to a healthy, successful reentry. Kentuckians who become incarcerated are more likely than the general population to have dealt with challenges such as poverty, homelessness and impediments to quality employment including poor health even before contact with the criminal legal system. When they leave incarceration, in addition to and because of the stigma and discrimination from being formerly incarcerated, these challenges often persist or intensify — particularly during an economic downturn such as the COVID-19 pandemic.

For example, an estimated 60% to 75% of people who were formerly incarcerated are unable to find stable employment up to a year after release. Jobs available to workers with records often pay low wages, offer too few hours or have poor working conditions. These prospects are worsened in widespread economic distress; for example, researchers found employment rates among the formerly incarcerated went from 40% before the Great Recession to 10% after. As a result, people reentering their communities face a lifetime of diminished earnings. A recent report showed people who have experience with the criminal legal system earn only half of what those without a record earn in annual income.

These barriers to economic security have a long-lasting impact on well-being. Including because of historic and persistent barriers and discrimination in housing assistance, people previously incarcerated in the U.S. are 10 times more likely to be homeless compared to the general public. And a lack of supports after incarceration compounds with preexisting poor mental and chronic health, adding to the challenges. As a result, incarceration is considered a determinant of poor health. An estimated half (49%) of men and two-thirds (69%) of women who have been incarcerated live with a chronic health condition after release, while data shows that among the general U.S. population, 30% of men and 38% of women live with a chronic health condition. As researchers are only beginning to understand the long-term impacts of COVID-19, it is deeply troubling that the COVID infection rate is 5.5 times higher for incarcerated people compared to the general U.S. population.

Many ways for the 2022 General Assembly to support successful reentry

Removing barriers to housing, transportation, education, employment, food and health care during reentry can reduce recidivism as well as improve health and economic stability for individuals, their families and communities.

One significant way to improve access to basic needs is by providing people leaving incarceration with a valid, hard-copy photo identification. As advocates leading the Liberation Identification campaign have explained, obtaining an ID after incarceration can be a timely and difficult process due to barriers to transportation, associated costs and documentation requirements. Yet having a photo ID is necessary to access resources like housing and mental health care. Kentucky can build on successful pilot projects established in February 2021 by the Justice and Public Safety Cabinet and the Transportation Cabinet through funding the Cabinet to provide everyone leaving incarceration with an ID.

Improving access to and affordability of expungement would also be a big step forward in supporting successful reentry. Because of the stigma of incarceration, expungement helps remove barriers to housing, education and employment that come with having a recorded encounter with our criminal legal system. Kentucky should automatically expunge records (at no cost) for those who qualify for expungement. A recent Kentucky Supreme Court decision will increase access to expungement, requiring judges to waive expungement fees (estimated at $340 per person) for people who are unable to pay them. There are also more incremental steps toward increasing access to expungement. Kentucky should implement immediate automatic expungement for acquitted and dismissed charges to minimize the consequences of having a record for people that have unfounded charges or are unaware of their record. And we could increase the number of Kentuckians eligible for expungement by reducing the window for a motion of expungement from five years to three years after the end of a sentence, probation or parole for eligible charges.

“Banning the box” on college applications, introduced in 2021 as House Bill (HB) 247, would also help reduce discriminatory barriers to educational opportunity and economic security. Currently many college applications include questions about experience with the criminal legal system, which serves as a barrier to previously incarcerated individuals even completing their applications. Postsecondary education opportunities during and after incarceration have been shown to improve recidivism, but nationally, fewer than 15% of people leaving incarceration have completed some postsecondary education. The state could also “ban the box” on employment applications.

In terms of financial aid for postsecondary education, incarcerated individuals recently became eligible for federal Pell Grants, and there are additional steps the legislature can take to remove barriers at the state level. For example, though incarcerated individuals may qualify for the state-based College Access Program and Work Ready Kentucky Scholarship, a state law requiring justice-involved students to wait until all other students receive aid first means that they are often never even considered. And currently, people with a former felony conviction are locked out of education opportunities through the Kentucky Educational Excellence Scholarship (KEES). In both the 2020 and 2021 legislative sessions, a bill was introduced to end the exclusion of people with felony convictions from KEES (HB 25 in 2021), which legislators should get across the finish line in 2022.

Making sure people leaving incarceration have enough to eat is critical. Last year, Kentucky made a significant step by removing the ban from food assistance for Kentuckians previously incarcerated with a drug felony sentence through HB 497. This change helped get needed food assistance to the 7,000 Kentuckians who were disqualified between 2018 and 2020, according to the Cabinet for Health and Family Services. In the 2022 legislative session, the General Assembly can take the next step by ensuring that eligible Kentuckians receive Supplemental Nutrition Assistance Program (SNAP) automatically upon release while they search for work or to supplement an inadequate income. As of April 2020, 11 states have received a federal waiver and implemented a pre-release application program so that people can apply for food assistance before release to get help with groceries quickly upon reentry.

Housing is another critical area of intervention. In fact, a Housing First approach acknowledges that finding permanent, quality housing is a necessary first step before people who are formerly incarcerated can take other steps to improve quality of life and avoid reincarceration such as employment or treatment for substance use disorder. The General Assembly could broadly prohibit housing discrimination based on experience in the legal system. A prefiled bill would minimize fees and prohibit discrimination based on experience with the criminal justice system in rental housing, including Public Housing Agency housing. Currently, tenant screening practices in rental housing often use third-party screening companies and have long lookback periods that provide incomplete or misleading criminal records, blocking out people with any past experience with the criminal justice system. The legislature could also expand the sources of income that can access rental housing. For example, as discussed in the during the interim, the state could help give Kentuckians with low incomes more housing options by making a protected class for people with non-employment income such as child support, disability income or housing vouchers.

Finally, we could also reduce homelessness after incarceration by expanding the Homelessness Prevention Project (HPP), which provides institutional discharge planning on a voluntary basis to youth exiting foster care and people exiting state-operated correctional facilities and mental health facilities. The pilot program began in 2005 in Jefferson County and the counties in Lake Cumberland Area Development District, and it expanded to Lexington and Bowling Green in 2021. The General Assembly could fund the expansion of this program to additional sites across the state to further prevent homelessness for people after incarceration.

We must also prevent reentry and the detrimental consequences of incarceration for the thousands of Kentuckians incarcerated by passing policies that reverse mass incarceration. For example, Kentucky can minimize pretrial incarceration by making recent changes to expand administrative release permanent, limiting the number of offenses for which money bail can be set, or implementing a fast and speedy trial provision for people who cannot afford bail. Kentucky also needs meaningful sentencing policy changes, such as decriminalizing offenses like those recommended by the Department of Public Advocacy, including offenses related to substance use disorders, and removing Persistent Felony Offenders laws. Yet as we are striving toward these and other solutions to reverse our harmful practice of mass incarceration, Kentuckians who are already in the system need laws that help them succeed upon reentry.

The 2021 Legislative Session Criminal Justice Wrap Up: Some Important Wins that Should Be Built on to Achieve Systemic Change