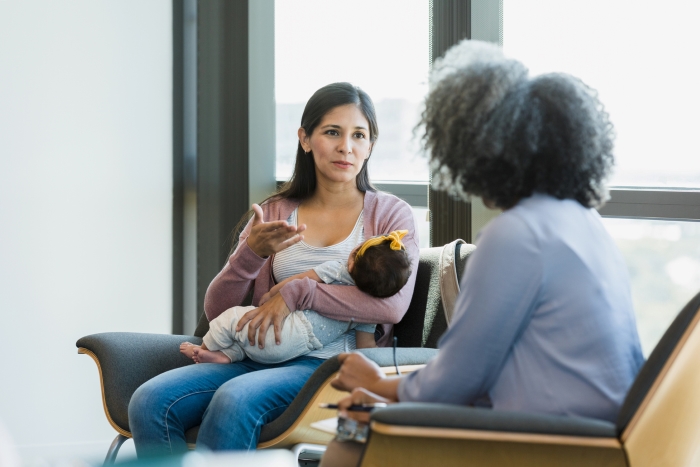 The Centers for Medicare and Medicaid Services (CMS) just approved a plan to allow Kentuckians who have recently given birth and are covered by Medicaid to keep their coverage for 12 months (up from the 60-day coverage window previously allowed). This will enable an estimated additional 10,000 Kentuckians to keep their health coverage during recovery from childbirth, a time when they are most at risk for pregnancy-related and birth-related health issues and death.

Having continuous health coverage is especially critical in the year following birth. Nationally, over half of deaths occur after the day of birth, with 12% occurring between 43 and 365 days postpartum. In 2018, 76 mothers in Kentucky died from complications related to pregnancy and birth. Maternal deaths are vastly more common among Black mothers in Kentucky, who had a death rate of 42.1 per 100,000 live births compared to 17.2 for white mothers. While this long-standing disparity can be addressed partially by reducing inequities in health care delivery, having health coverage is critical to being able to receive care to begin with. The state estimated that 78% of maternal deaths were preventable, and Black Kentuckians disproportionately go uninsured, a significant barrier to receiving preventive care. Because Medicaid pays for 48% of births in Kentucky, it plays an outsized role in providing health coverage, and thus care.

The American Rescue Plan Act includes a provision allowing states to provide 12-month continuous postpartum coverage. Following this, the 2022 General Assembly passed Senate Bill (SB) 178 directing the Kentucky Department for Medicaid Services to extend postpartum coverage accordingly. While most other health-related provisions of the American Rescue Plan Act are temporary and will need an extension from Congress to continue (such as the boosted subsidies for health insurance on the exchange), 12-month continuous postpartum coverage in Medicaid is permanent. And with the passage of SB 178, now, nearly half of all new moms in Kentucky can receive good coverage through Medicaid without disruption during that critical period of recovery.