Kentucky again ranks among the worst states for rates of student loan default, according to new data released by the U.S. Department of Education. This latest data is yet another indicator Kentucky students have difficulty paying for college — largely due to public disinvestment in higher education that has a particularly damaging impact on low-income students and students of color.

The three-year cohort default rate is a calculation of the share of students whose loans entered repayment in a particular year (in this case 2014) who, within three years, missed payments for at least nine consecutive months. 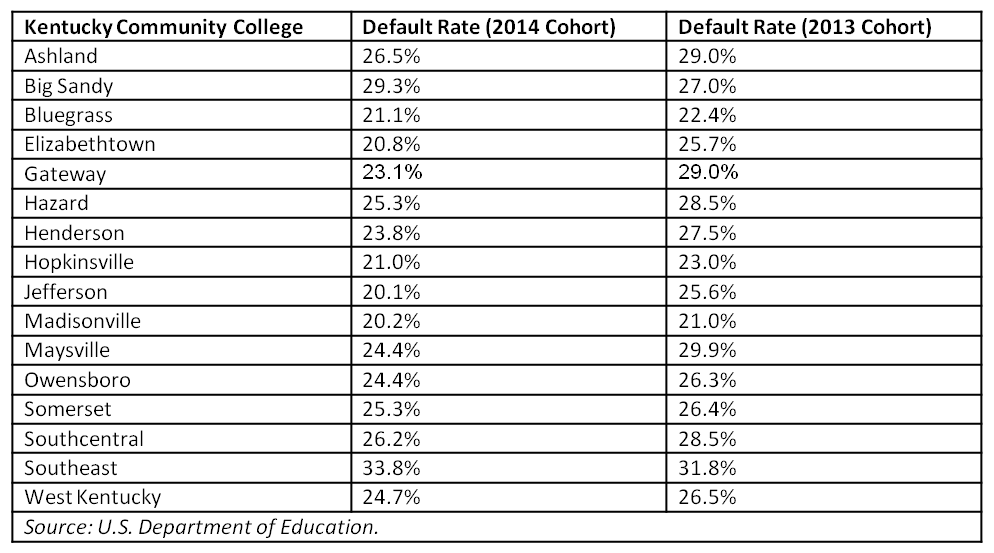 Kentucky’s continued high student loan default rates are the result of many factors that include:

It should be noted that borrowing very large amounts of money is not generally a driver of student loan default. In fact, those who owe the most — often due to the high costs of professional degrees, for instance in medicine or law, that lead to jobs that pay well — are less likely to default. While student loan balances are often lower for those who default, the cost of repayment is often not manageable for those who cannot afford to complete a degree, for instance.

According to a 2016 report from the Council on Postsecondary Education, a key way to improve Kentucky’s high student loan default rates is to address the state’s higher education achievement gaps. The clearest way to do so is for the state to increase its investments in higher education.