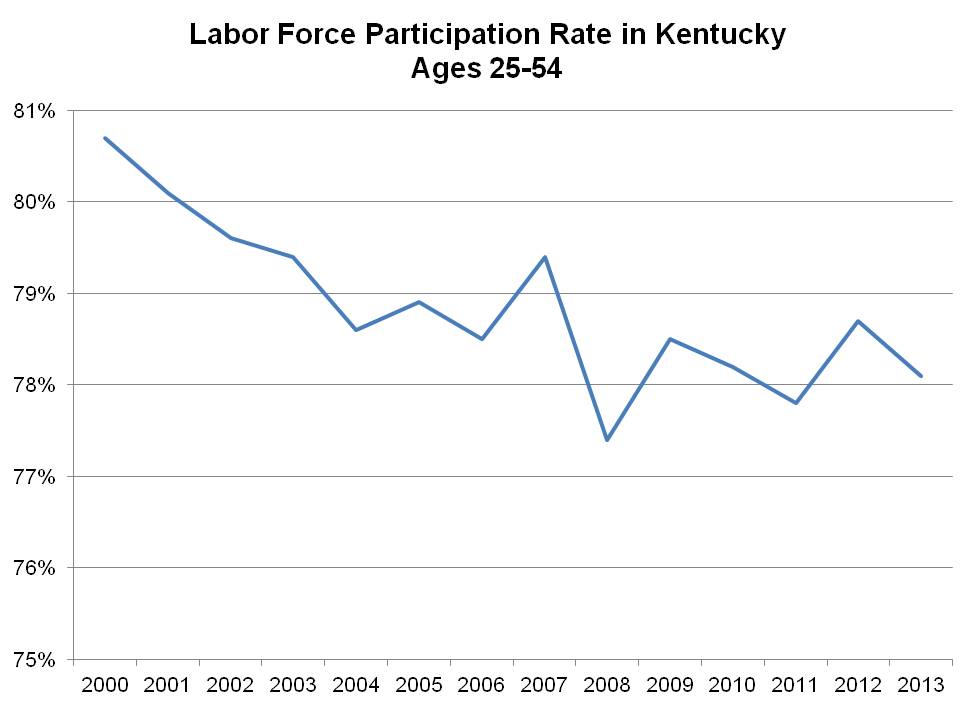 To glance at the recent headlines on jobs in Kentucky, you’d think things are really looking up. The latest monthly unemployment rate dropped from 7.4 percent to 7.1 percent. A state economist said in a press release that “Kentucky has now regained 96 percent of the jobs lost during the Great Recession and we are on track for a full pre-recession recovery by the end of this year.”

Look into the numbers, though, and things aren’t so rosy. The unemployment rate went down not because jobs exploded, but because the labor force declined by 18,000 people. That’s been happening for some time now, and while an aging baby boomer population explains a portion of that trend, a big factor is workers dropping out of the labor market—or never entering it in the first place in the case of young people—because they have become discouraged from finding work due to the lack of jobs. That can be seen in part in the below graph, which shows the share of Kentuckians ages 25-54 in the workforce.

Being close to the number of jobs we had in December 2007, when the recession hit, is a far cry from saying we have achieved a full recovery. The Kentucky population 16 years of age and older has about 135,000 more people than it did then. The state’s jobs deficit—the gap between the jobs we had and the jobs we need to get back to pre-recession unemployment rates—is still 79,700 jobs, as seen in the graph below. To get back there in three years, we need to average 3,000 new jobs per month. In August, we added only 2,000 jobs, although job growth has been faster than that on average over the last six months. 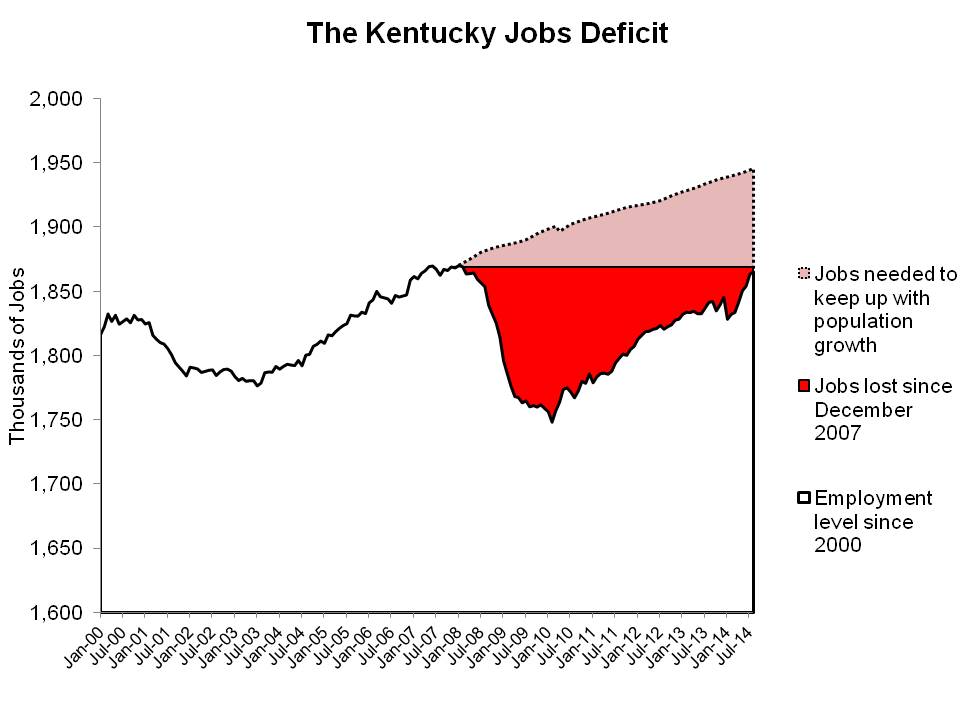 And as we pointed out in our recent report The State of Working Kentucky 2014, just because people are getting jobs doesn’t mean they are good jobs. A record number of Kentuckians are working part-time but would rather have full-time work. Real wages have been stagnant or declining for more than a decade, and one-third of jobs pay less than the poverty line for a family of four. Many of the jobs lost in the recession were better-paying jobs in the construction and manufacturing sector, while much of the new employment is in low-paid service jobs.

Jobs are increasing, and that’s good. But if returning to the number of jobs we had nearly seven years ago is considered success, it says a lot about how much we’ve lowered our expectations about what the economy should deliver.