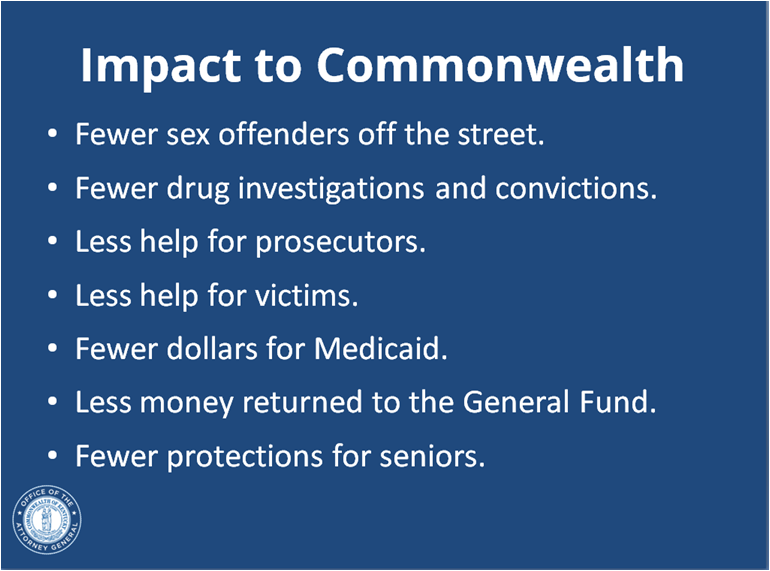 Many Kentuckians may not be aware of the important role that some state agencies play in our everyday lives. When we hear about proposed cuts to the Attorney General, Secretary of State or the Board of Elections, for instance, we may not be particularly concerned. But these agencies play critical roles in protecting the public and safeguarding democracy in our state.

Kentucky’s Attorney General is tasked with:

Kentucky’s Office of the Attorney General has already been cut 25 percent since 2008 — or 35 percent when inflation is taken into account. According to a presentation at a recent House budget review subcommittee meeting, the impact of the new cuts in the Governor’s proposed budget would mean:

Kentucky’s State Board of Elections, which falls under the Secretary of State, is charged with:

According to a recent presentation by the Secretary of State to a House budget review subcommittee, the proposed budget does not support the infrastructure needed to conduct elections and could cause harm to the integrity of the election process. Past budget cuts have already hindered the agency’s ability to meet and achieve its statutory purposes. Counties are having to figure out how to make up for less than statutorily required reimbursement rates for expenses such as the necessary office personnel to conduct elections.

And there have been new costs occurring at the same time the budget has been cut. In 2016, 29 unbudgeted special elections will have occurred, and there are additional associated costs for Office of Technology services, special roster paper, printing and shipping precinct signature rosters — and postage rates have increased twice in the last year. Also, additional personnel is needed for a purge program to maintain the integrity of the state’s voter registration rolls, which is required by the National Voter Registration Act and the Help America Vote Act. 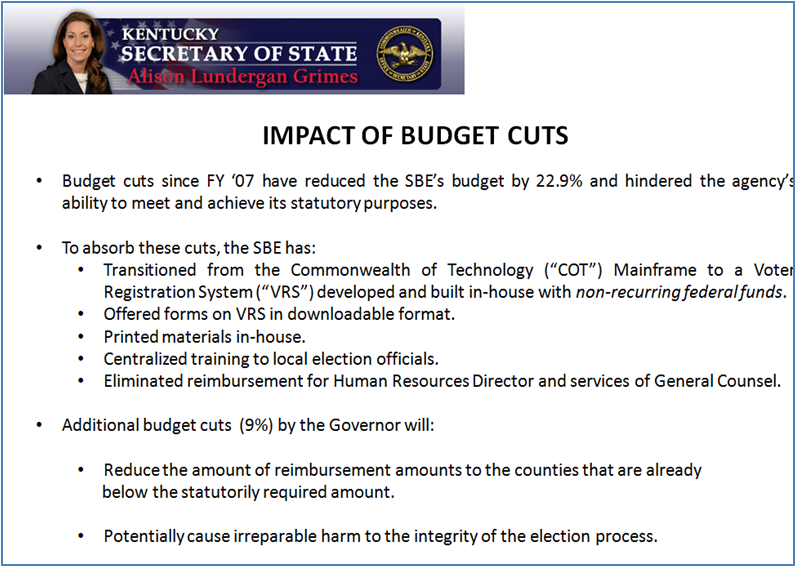