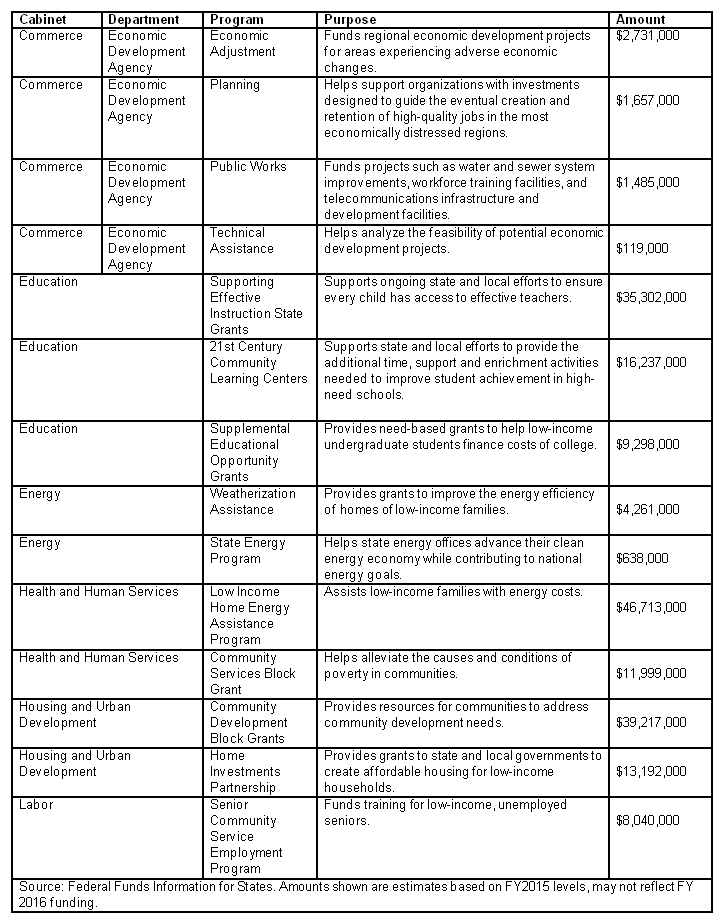 President Trump’s proposed budget would be a major hit to the investments that benefit Kentucky’s communities, as federal dollars play a substantial role in our state’s budget and economy. His budget would completely eliminate programs that provided more than $190 million in federal funding to Kentucky in 2016, according to an analysis from Federal Funds Information for States.

Those eliminations alone amount to nearly nine percent of all discretionary federal funding to the state. On top of those eliminations, the president’s budget would reduce funding for a wide range of investments, including those affecting worker training, protection against pollution and improved health.

The table below shows the specific losses to Kentucky from the budget’s total elimination of select programs alone:

Along with deleting these programs, the proposed budget also eliminates seven entire federal agencies that send funding to states. These programs provide investment in economic development; the arts, humanities and public broadcasting; legal protections for low-income people; and opportunities for public and community service:

Between October 2015 and January 2017, Kentucky received $31.9 million in ARC funds alone for investment in infrastructure, entrepreneurship, workforce training and leadership and community development.