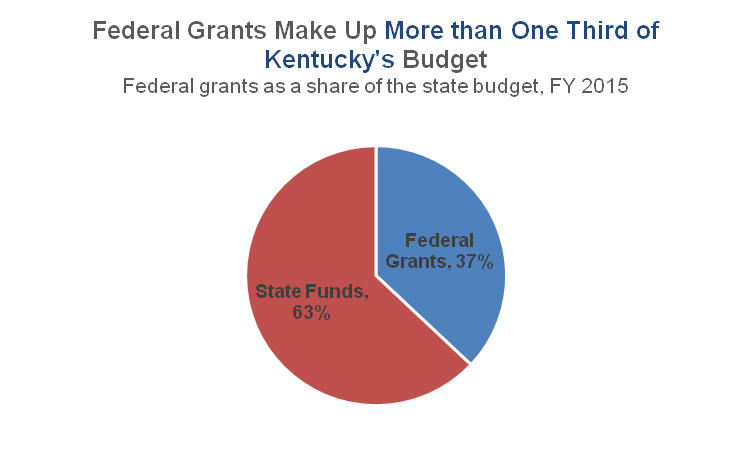 More than one out of every three dollars Kentucky spends each year on health care, education, job training, child care, transportation and other critical programs comes from the federal government. These resources are now at risk of being cut deeply in President Trump’s forthcoming budget proposal this week, the ACA repeal and other looming Congressional attempts to slash programs Americans rely on.

A new report from the Center on Budget and Policy Priorities shows that 37 percent of total spending by the Commonwealth comes from the federal government, compared to 31 percent nationally, meaning Kentuckians will be especially hard hit by anticipated cuts.

Federal dollars flow through a variety of programs that benefit Kentucky, some that change as needs change and others that are fixed amounts determined by Congress. Spending on mandatory or “ongoing” programs like school lunch and breakfast, Medicaid and the Children’s Health Insurance Program (CHIP) is based on the number of eligible residents in a state, and eligibility is determined by law. Discretionary programs such as Title 1 grants for high-poverty schools, IDEA funds for special education, highway planning and construction grants and supplemental nutrition for women, infants and children (WIC) are funded through annual appropriations processes.

More cuts will lead to a reduction in services that are already funded at historical lows. Previous cuts under the 2011 Budget Control Act and additional cuts known as sequestration will likely remain in place. 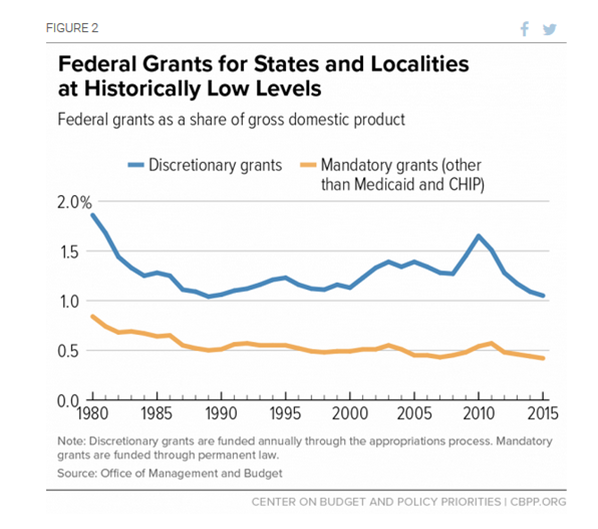 With more than a third of state spending in Kentucky coming from the federal government, Kentuckians have a lot to lose under even deeper reductions in funding. To find out more about the mandatory and discretionary grants that make up 37 percent of Kentucky’s budget, go here.