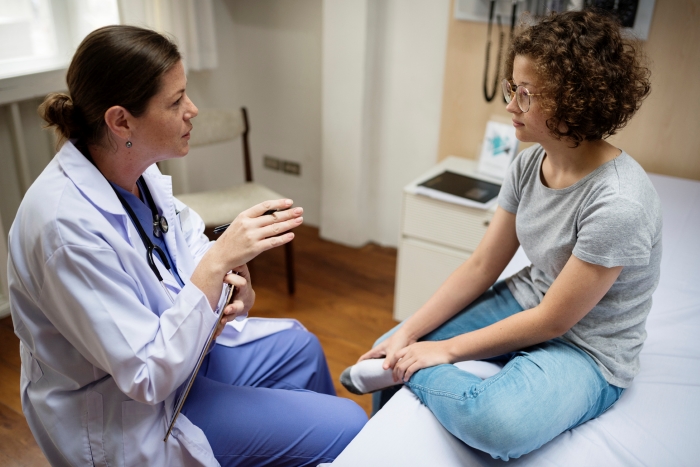 The Supreme Court’s Dobbs decision overturned Roe v. Wade and ended federal protections for abortion access. The “trigger law” passed by the Kentucky legislature in 2019 makes nearly all abortion illegal in the state as a result, though it is still being challenged in court. Kentucky is 1 of 12 states with a full ban. Still more states are expected to follow suit, with a total of 26 that are either certain or likely to ban abortions.

Banning abortion constricts reproductive freedom and access to health care, with consequences for Kentuckians, their families, and the state as a whole. Forcing people to expand their family size will also increase economic insecurity and poverty for Kentuckians, with the impacts felt now and long-term, especially by people and communities already facing structural barriers to security. While the economic implications of Dobbs are far from the whole picture, this analysis seeks to describe some of the resource-related impacts of banning abortions on Kentuckians’ well-being.

Prior to Dobbs, there were already barriers to abortion in Kentucky such as high costs and few providers, but a state ban will add new costs and burdens. With the state ban in effect, Kentuckians seeking abortion must travel out of state to receive services (an average of 245 miles according to one estimate). Illinois is the closest, most feasible option, but access is uncertain as clinics are inundated with need because of abortion bans in multiple surrounding states. For those seeking to travel out of state, costs related to time off work, child care, travel and lodging — all on top of the cost of the procedure itself — are considerable. In fact, they may be prohibitive, especially for low-income, young, women of color, disabled, trans, and other people facing economic consequences of discrimination and systemic inequity.

Those denied abortion services who bring their pregnancy to term will face immediate financial costs as well. It can be difficult to obtain and keep a job while pregnant and postpartum. Kentucky workers have among the least access to paid sick leave in the country, and the state lacks paid sick and family leave policies and actually bans local ordinances that would require employers to offer leave. There is an increased risk of life-threatening health complications for women seeking abortion who are unable to access one. Kentucky already has very high rates of maternal mortality, and there are significant barriers to needed prenatal care.

Kentucky’s trigger law also criminalizes reproductive health care by creating a Class D felony for providers of abortion services. The only exception to the ban in order to save the life of the mother is poorly defined, and many doctors may hesitate to perform abortions out of fear of criminalization. As a result, people needing abortions may die or be permanently disabled. Furthermore, these risks may lead to fewer health care providers choosing to practice in Kentucky, which already faces a shortage of OB-GYNs in some areas.

In other states with criminal penalties for abortion, there are cases where they have been applied far beyond the traditional definition of “abortion,” and there is a risk that pregnant women could be prosecuted in Kentucky. Kentucky already has one of the highest rates of incarceration in the world, and ranks 2nd-highest in the nation for its rate of female incarceration.

Research shows that denying access to abortion results in economic consequences that can jeopardize long-term economic security, educational attainment and child well-being. The groundbreaking Turnaway study compares family outcomes for women seeking abortion who were able to access abortion services with those seeking abortion who were unable to access those services. Most women in the study gave multiple reasons for seeking abortion, including finances, timing, issues with a partner and the need to focus on their other children. The study found that:

This research also showed that in cases of physical violence from the man involved in the pregnancy, violence decreased for women seeking abortions who received them but not for the women who were denied abortions and gave birth.

In contrast, research has shown that abortion legalization due to Roe v. Wade increased women’s educational attainment, labor force participation and earnings. These effects were particularly large for Black women, likely due to their economic disadvantage. Abortion legalization also increased and improved long-term outcomes for a generation of children including by reducing the likelihood of living in poverty.

Kentuckians and families already experiencing or at risk for economic insecurity face the greatest consequences of the Dobbs decision. Historic and systemic barriers to economic security related to race and gender mean that the harms of abortion bans will fall disproportionately on women with low incomes and women of color.

Already a little over 1 in 5 Kentucky children live in poverty. Half of all people seeking abortion are below the poverty line, and most are already caring for a child. In a post-Dobbs Kentucky, larger family sizes mean more children will experience poverty and its many environmental stressors, and the harm caused by that will last well into adulthood.

Perhaps the most direct way to reduce poverty and improve quality of life for Kentucky families is to increase incomes. Yet wages have remained relatively flat over the past decade, with the minimum wage stuck at $7.25 for over a decade and the state ban on local governments’ ability to raise the minimum wage. Cash assistance also has a proven record of alleviating the harms of child poverty, but Kentucky’s basic cash assistance program has helped a shrinking number of people with a benefit level that hasn’t been changed in over 30 years. The advanced and boosted Child Tax Credit provided to families during the pandemic made a massive dent in the child poverty rate in Kentucky, but it has expired.

Along with increasing family sizes and the child poverty rate, demand for already inadequate public supports and the need for public investment will rise:

Expected harms will affect economy as a whole

Because Kentucky does not provide adequate supports for families, raising children bears a significant economic cost, and the end of abortion care adds to it. For example, one estimate from when abortion was highly restricted in Kentucky, but not banned, showed that those restrictions kept nearly 10,000 women out of the labor force, costing the state $1.8 billion in total wages. There is already a lower employment rate for women than men, especially mothers of small children, because caring for children or recovering from birth makes many jobs difficult to impossible to maintain. Without widely available paid parental and sick leave, as more women give birth more often, the labor force will be impacted.

Additionally, the lack of access to abortion care may be a factor in businesses’ decisions about where to locate or expand, either because they are concerned about having a robust and healthy workforce, or because of a misalignment with their stated company values. There are significant concerns that states restricting access to abortion may see reduced business activity.