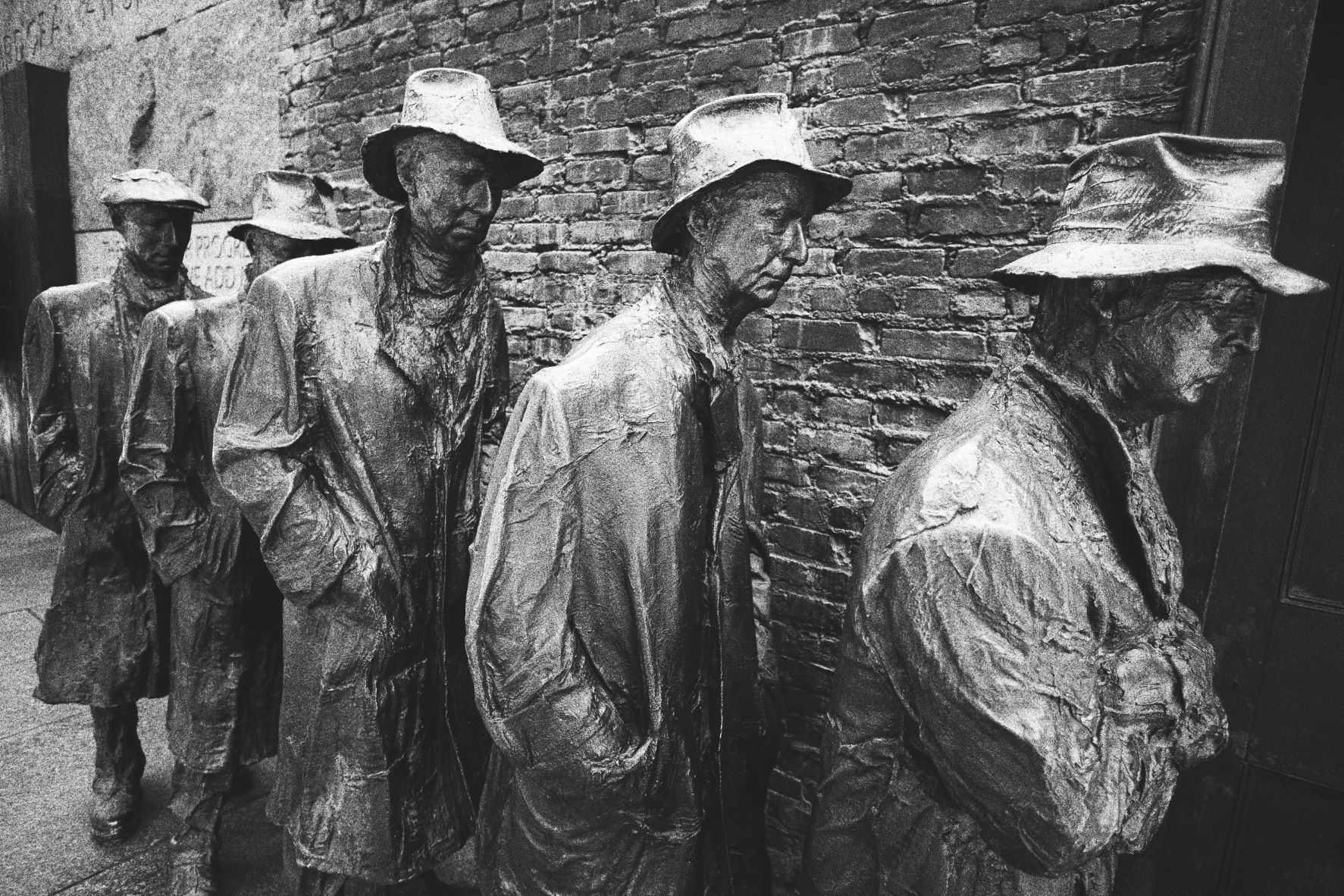 Addressing the long list of pressing modern challenges facing Kentucky requires a unified effort from all of us. How will we create good jobs in a globalized economy, stem climate change and deal with its effects, protect public health against the threat of future pandemics, and more?

Instead of tackling the dilemmas of our age, the state legislature is bringing back old problems solved long ago with two new Kentucky laws that went into effect on January 1st.

The first of these laws begins reducing the state’s individual income tax, which funds 41% of the state budget, while the second dramatically slashes the number of weeks of unemployment benefits available to workers laid off through no fault of their own.

Both Kentucky’s income tax and the U. S. unemployment insurance program were responses to the Great Depression, with the state’s individual income tax first imposed in 1936 and unemployment benefits established in 1938. And both were major successes.

In the early 20th century, Kentucky was a state of vast inequality and extreme vulnerability to recessions. In 1928, the richest 1% of Kentuckians took home a staggering 18.3% of the state’s income, but a combination of state and federal policies ushered in a fairer economy that cut that share in half by the early 1970s. It did so through strong and broadly-shared economic growth that created a middle class in Kentucky for the first time.

It wasn’t “mission accomplished” by the end of the New Deal-era in the 1970s. The state still faced unacceptable levels of poverty, especially in eastern Kentucky and among Black Kentuckians, but major strides were made.

Prior to the income tax, Kentucky was a poorer, less educated and sicker state, but the tax helped finance vast improvements in quality of life. In 1940, only 16% of adult Kentuckians had at least a high school diploma, compared to 88% today. In 1930 only 9,000 people were attending the state’s public colleges and universities, according to A New History of Kentucky, compared to nearly 200,000 now. Health care advances since 1930 have added an average of 16 years to life expectancy, for which the Medicaid program — which didn’t exist until the 1960s, and is funded in significant part by the state — has been a major contributor.

However, recent decades have seen a reversal of some key 20th century policy advances and a resulting near-return to pre-Great Depression levels of inequality. That trend will continue with the new restrictions on unemployment insurance and cuts to, and potential elimination of, Kentucky’s income tax.

The new unemployment law, which faced bipartisan opposition, makes the first reduction in the duration of benefits in the program’s 85-year history, restricting laid-off workers to only 12 weeks of benefits instead of the 26 weeks available since the program began.

This cut in unemployment insurance is a response to lobbying by corporate interests intent on keeping wages down by making workers more desperate for any available job, no matter if it matches their skills or pays enough to live on. The unemployment cuts are a particular harm to workers in rural areas, Kentuckians of color, and other people facing structural barriers to re-employment.

And the new income tax cuts are a giveaway to the wealthy and powerful. The wealthiest 1% of Kentuckians will get an average $11,056 annual tax cut if the income tax rate drops from 5% to 4%, as the legislature is now considering under House Bill 1. Typical workers, in contrast, will get between $20 and $278 a year. Nearly two-thirds of the dollars will flow to the highest-earning 20% of people, the least in need of any aid.

The legislature also put new sales taxes on some services, but they only replace $1 for every $12 in lost revenue if the income tax rate drops to 4%. The more the legislature reduces the rate, the bigger the hole in future state budgets that must be closed by either eliminating vital funding for public services, raising regressive sales taxes and applying them to everyday needs like groceries, or both.

We can’t roll back policies that allow more Kentuckians to thrive unless we are willing to sacrifice the life-enhancing gains that came along with them. Let’s face what’s in front of us, and not bring back the bad old days to struggle through again.