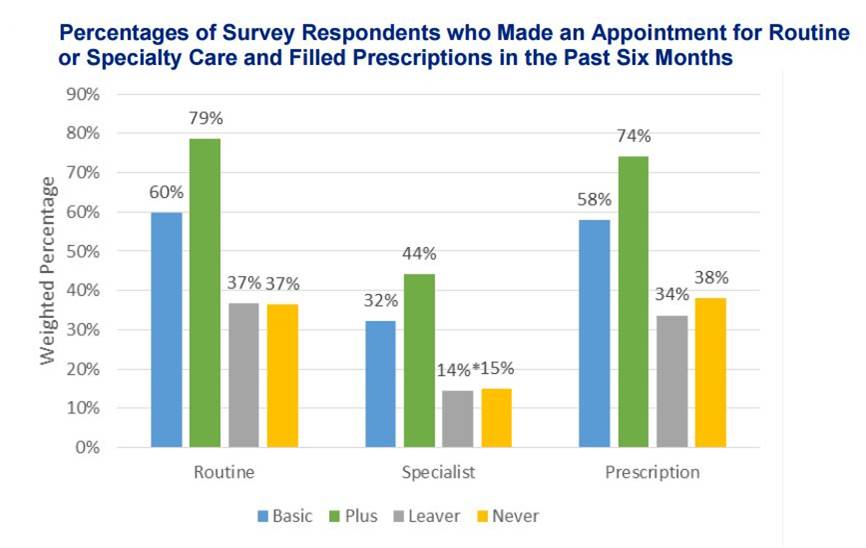 One aspect of Indiana’s Medicaid waiver program, “Healthy Indiana Program 2.0,” (HIP 2.0), is a requirement that enrollees make monthly contributions to a type of Health Savings Account called a POWER Account. The consequences of not making these contributions differ based on income:

The recent evaluation sought to find out how well Hoosiers were making their mandatory monthly POWER Account Contributions (PACs), and what was happening to those who didn’t. Here’s what the study found and the implications for Kentucky:

Many low-income Hoosiers were left without coverage because they didn’t pay in.

During the first 21 months of the waiver program, 324,840 (55 percent) of the 590,315 people eligible to pay PACs didn’t make a required payment at some point. All of them were then kicked off of Medicaid or were left with inferior coverage:

People didn’t make their PAC for many reasons, but the most common were that people could not afford the contribution, were confused about the payment process or didn’t know they were required to make a payment.

Among Medicaid enrollees above the poverty line who were kicked off of coverage because they didn’t make a PAC:

Among Medicaid enrollees above the poverty line who qualified for HIP Plus coverage but were never enrolled because they failed to make a PAC:

Among Medicaid enrollees below the poverty line who were moved to HIP Basic coverage because they missed a PAC:

The number of people either moved to HIP Basic or left without coverage might have been even higher except that employers and non-profits stepped in and paid for 5,770 people’s PACs, or roughly 2.5 percent of the HIP Plus enrollees. This practice, which will be allowed under Kentucky’s proposed changes to Medicaid, may mask the true affordability of premiums for some low-income persons.

People who were kicked off coverage or never enrolled found it harder to get to the doctor.

Both HIP Basic and Plus members were more likely to have received routine care, have seen a specialist, or have had a prescription filled than people who were kicked off coverage or never enrolled.

Kentucky’s premiums are similar, so we can expect similar results. 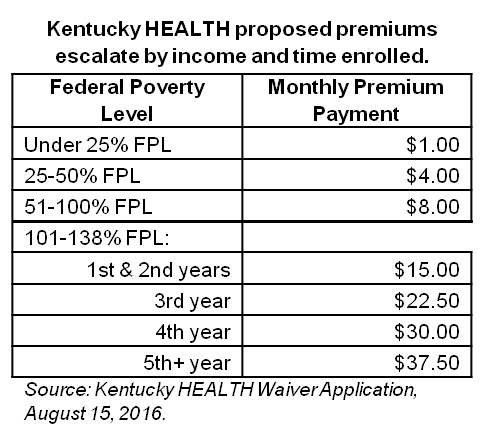 Given the findings of the HIP 2.0 evaluation, we can expect large numbers of Kentuckians to be left without coverage if the waiver is approved by the federal Department of Health and Human Services. The assessment of the Indiana waiver confirms that both the cost and process of paying premiums is a barrier to coverage for low-income people. It also shows us that when Medicaid-eligible people are left without coverage they don’t see the doctor or get prescriptions filled as often. If we really care about people being insured and getting healthier, Indiana is a perfect example of what not to do..