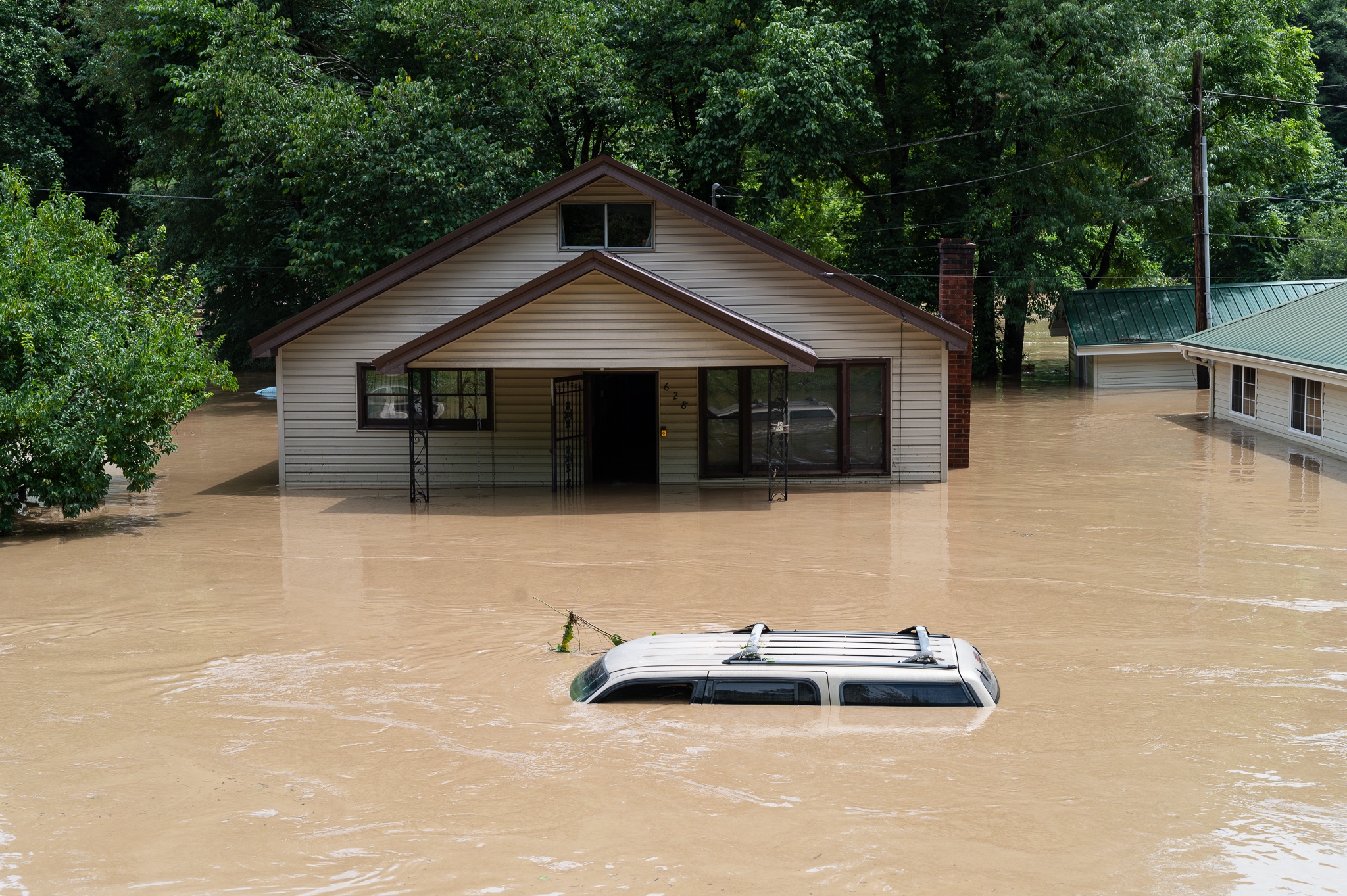 The multi-colored houses on Knott County’s Rainbow Lane were reduced to rubble. Raging flood waters tossed and twisted mobile homes in Letcher County. In Hazard, an engorged North Fork lifted homes up and carried them away. When the governor and lawmakers convene in Frankfort for a special legislative session to provide additional state-funded relief to communities harmed by recent eastern Kentucky floods, addressing the region’s housing devastation should be a key priority.

State aid in general is crucial because of the scale of destruction and the rebuilding challenges in counties with high poverty, inadequate infrastructure, strained financial resources and a complex geography. But housing is a particularly large need for a number of reasons.

Homeowners’ insurance does not cover flood-related losses and flood insurance coverage was rare due in part to outdated maps and a broken federal program. Federal Emergency Management Agency (FEMA) assistance for the uninsured or underinsured doesn’t come close to addressing the housing costs and debts flooded families are facing. And the flooding itself has made re-housing residents more challenging by reducing housing supply and reshaping expectations about suitable space on which to build.

One significant difference for homeowners between the also-devastating tornadoes that damaged western Kentucky last year and the flooding that hit eastern Kentucky this summer is the issue of insurance coverage. Homeowners’ insurance — which is required for people who have mortgages — covers tornadoes, but it does not cover floods. For that, people must buy special flood insurance, but it is rare for homeowners to do so. One analysis estimated that 2.3% of households in the 10 counties with the most flood damage had flood insurance, slightly higher than the 1.2% of all Kentucky households with the coverage.

Low coverage rates stem from outdated maps and a broken federal program. Flood insurance is only required for federally-backed mortgages in “Special Flood Hazard Areas,” a FEMA designation of risk. But very few people are aware that the maps identifying these areas are decades out of date and fail to take into account the effects of climate change. According to one estimate, only 12% of properties in 3 hard-hit Kentucky counties were in those areas — compared to 51% of properties at real risk of flooding based on a more-updated model by First Street Foundation.

Another reason many homes weren’t covered is that the cost of flood insurance can be prohibitive, particularly in low-income counties like those that were hit. Premiums average $759 annually and vary based on specific factors; the average annual premium among those who were insured is $1,775 in Perry County and $1,515 in Letcher County. Premiums have also been rising an average of just over 11% annually as flood events increase nationwide due to climate change, and a change in methodology last year is leading many people across the country to drop coverage. That change is increasing annual costs by up to $120 for 65% of policyholders in Knott County, for example. Another 28% of the county’s policyholders are seeing even higher increases. Efforts to control costs, fix the program and provide subsidies to make flood insurance more affordable have stalled in Congress.

Other FEMA aid is too small compared to need

Individuals and households lacking flood insurance or who are underinsured can also receive other financial aid through FEMA. While some people have struggled to get approved for this assistance, FEMA and legal experts are encouraging people to go through an appeal process. However, the amounts of aid eligible people will eventually receive are typically very modest, and even in the case of total loss do not provide the assistance that people struggling to secure safe housing in these conditions truly need.

Mortgage holders who lost their homes in the flooding face not just the cost of securing new housing, but potential liability for the debt they owe on their now-destroyed home. Many face property values that are now further degraded due to future flood risk, and the hurdle of likely higher costs for safer sites to build on. And those who rebuild in the same location that was flooded and who received FEMA individual and household aid will be required to purchase flood insurance in the future, but will need the resources to do so.

Amounts of FEMA housing assistance are based on the cost of replacement or repair costs to return property to its pre-disaster condition, and are capped at $37,900. Individuals can also qualify for “Other Needs Assistance” (ONA) up to an additional $37,900 which can help with child care, cleaning assistance, moving help, funeral assistance, medical and dental assistance, and other miscellaneous needs. ONA can reimburse for personal property damage and transportation assistance, but only if the individual is denied an SBA disaster loan or the loan doesn’t cover the full need.

Actual amounts FEMA can provide are typically very small, and far below the maximums. The Ohio Valley ReSource reports that the median award for 4,092 claims so far from the eastern Kentucky flood is only $2,200, and the governor recently reported numbers that average a little over $7,500. Only 170 households received the maximum amount as of last week. That’s on par with prior disasters: average individual and household assistance payments related to flooding in Kentucky over a recent 10-year period were only $4,000, and similar amounts were received for past disasters in other states.

As a FEMA representative told Ohio Valley ReSource, “FEMA’s program is one that just provides a little bit of money to get you jump started on your road to recovery. . . It does not make you whole.” And by providing aid based on the value of property rather than on need, FEMA provides more to those with relatively greater assets and thus financial viability, and less to those who have fewer resources of their own to rely on.

Renters and people who were unhoused prior to the flood are generally not eligible for housing aid through FEMA (other than temporary housing aid available to both homeowners and renters). Approximately 25% of households in the 4 hardest-hit eastern Kentucky counties are renters, according to Census data. FEMA also offers a buyout program for homeowners as a last resort, but the state or local government must put up 25% of the costs, funds are limited, and the program is complex and takes years to complete.

The destruction of homes from the flooding has reduced the stock of available housing to rent and purchase, and the increased risks revealed by the floods further restrict the locations where safe housing can be placed. That supply is already constrained by low incomes in the communities, steep and damaged topography, and corporate ownership of much of the land in these counties at higher elevations.

Although FEMA provides a range of support for individuals impacted by natural disasters, particularly in the immediate aftermath, the support is not designed to compensate for all losses or to address longer term needs, and as such it falls far short. Without additional direct financial support, many people will be without options.

State leaders should look to local housing and community groups in the region to identify what’s needed given the shortcomings of FEMA aid, and should include robust housing assistance in a relief package during the upcoming special session. The state currently has a $2.7 billion balance in its rainy day fund — and rain it certainly has — that can easily help finance such a plan.