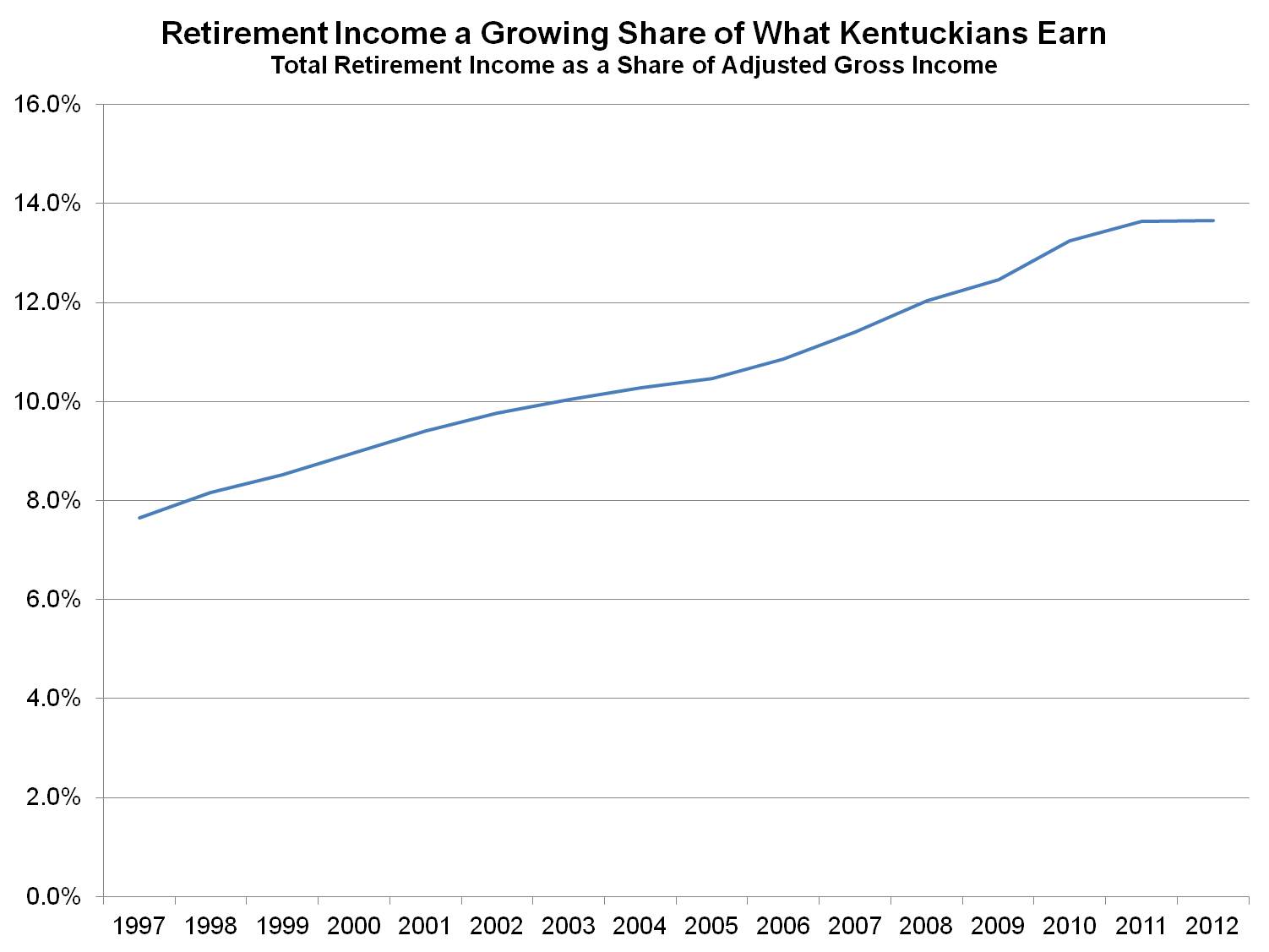 Kentucky must begin an active search for revenue options to begin fully paying down our pension debt and make public investments that will move the state forward. One issue that must be on the table is the state’s huge exemption of retirement income from the income tax — especially given that retirement income has been growing in recent years even while the wage income Kentucky does tax has been more sluggish.

From 2007 to 2012 (the latest year available), retirement income from pensions and IRA distributions in Kentucky increased by 24 percent, while wage and salary income grew by only 7 percent, according to IRS data. Total federally taxable retirement income (also including Social Security, which Kentucky does not tax) grew from 7.6 percent of Kentuckians’ adjusted gross income in 1997 to 13.7 percent in 2012 (see graph below). 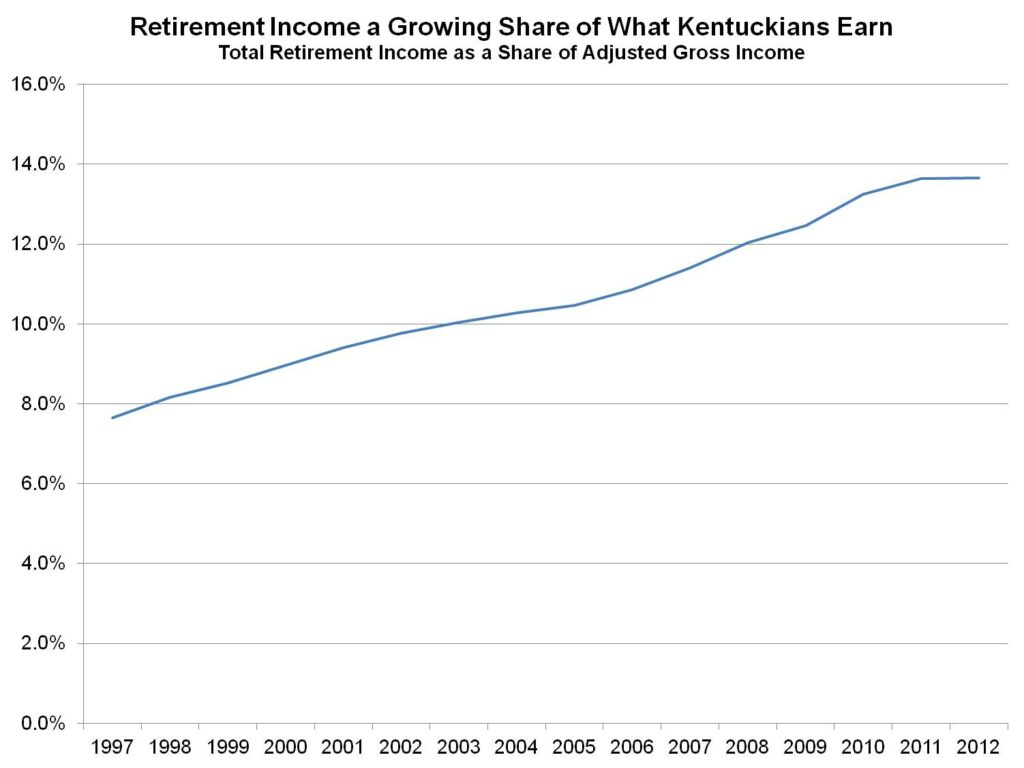 While stagnation in wages for many currently working Kentuckians explains part of the disparity, the aging of the baby boomer population is also a significant factor. The oldest baby boomers turned 65 in 2011 and many have already begun to retire. Kentuckians over 65 will grow from 13 percent of the population now to 20 percent by 2030.

But in this state, we exempt the first $41,110 in retirement income from the individual income tax regardless of how high a person’s total income is, at a loss of $441 million in state revenue. That’s a huge tax break compared to most all other states and is on top of the fact that contributions to many retirement plans are not taxed, nor are investment returns when they are earned. And those over 65 in Kentucky can claim a homestead exemption of $36,900 that lowers state and local property taxes.

Not only should the retirement income tax break be scaled back for higher-income retirees in order to raise more revenue, it must be addressed to keep revenue from eroding further, given the underlying trend.

See more about this issue from our 2014 report here.