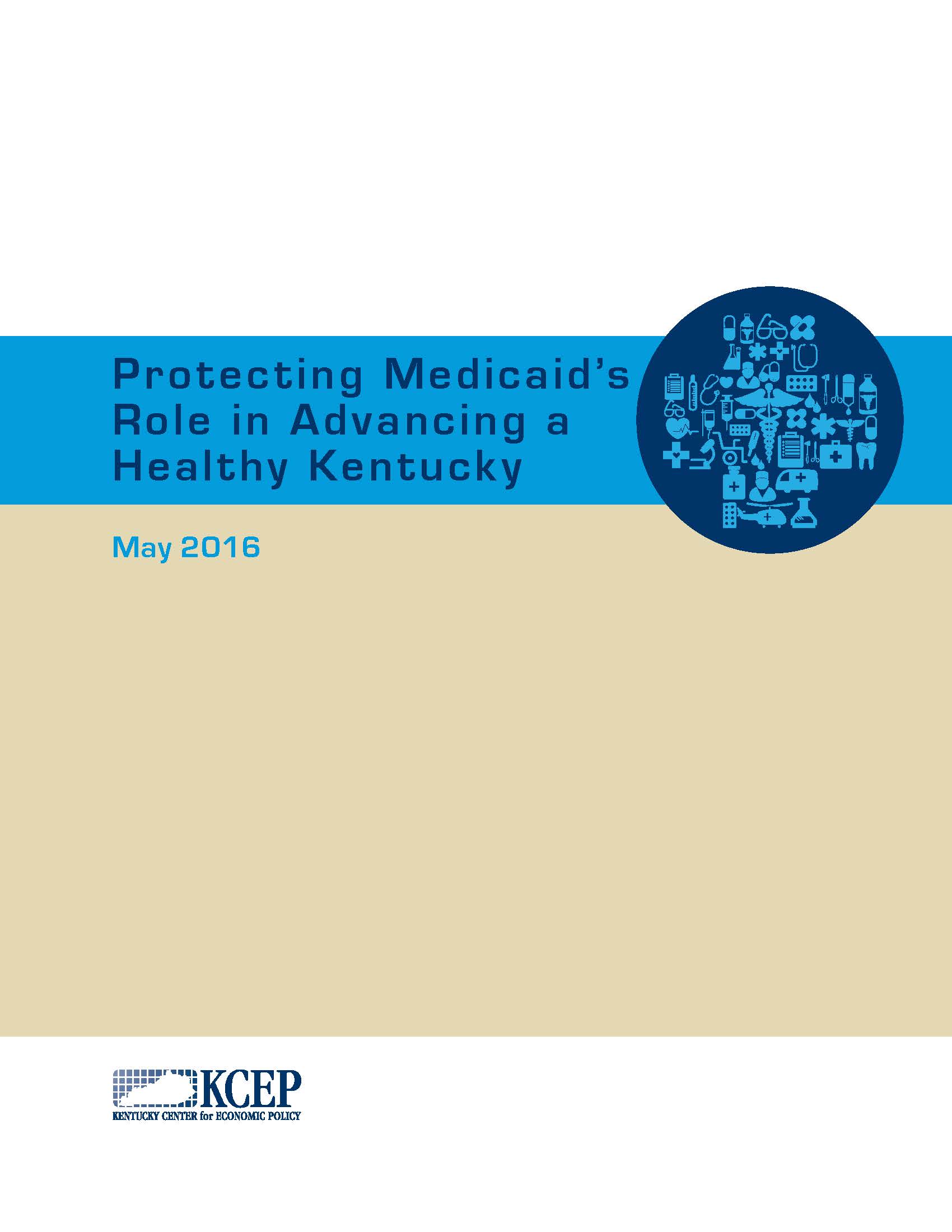 To view this report in PDF form, click here.

A new report by the Kentucky Center for Economic Policy provides an in-depth look at Medicaid in Kentucky, the benefits of Medicaid expansion and potential harmful impacts of changes that could create barriers to coverage and care.

The report was prepared in expectation of a proposal from Gov. Bevin to apply for a Medicaid waiver that might involve additional costs to recipients, benefit changes or other provisions.

The report highlights several key facts and points, including:

Kentucky is in a unique situation among states because it has already expanded Medicaid while other states used a waiver-based approach in the decision to expand. By law, Kentucky cannot make changes designed simply to save money relative to the current program. Changes must meet the law’s goals of increasing coverage, expanding the provider network, improving health outcomes and/or improving the efficiency and quality of care.

The report concludes with recommendations that include active public participation in the process of developing a proposal, transparency, independent assessment of any changes and a focus on long-term benefits to the health of Kentuckians.