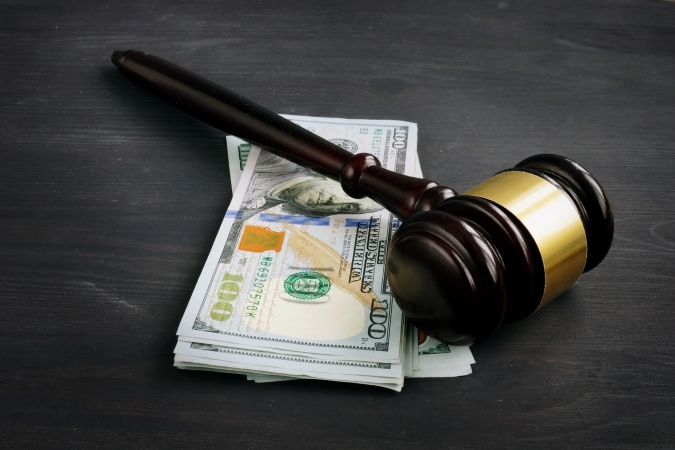 Kentucky’s pretrial system — which determines whether a person charged with a crime waits for their day in court behind bars or at home — is arbitrary, unfair and rife with injustice. It is a system where people who have money can get out, and people who do not cannot. And whether a person is released or detained has serious consequences, for individuals, their families and all Kentucky communities. Of the five bills currently active in the General Assembly that would impact our pretrial system, three would result in more people being incarcerated and even greater inequities in pretrial detention, and two would modestly improve the state’s pretrial system.

Kentucky has low rates of pretrial release without financial conditions — just 40% of cases in 2018. And for the majority of cases where people are subject to money bail, few are released pretrial. The reason is that many cannot afford to pay bail. In 2018, only 39% of cases subject to money bail resulted in individuals being released pretrial, resulting in thousands of Kentuckians who had not been convicted of a crime being forced behind bars before trial just because they were poor.

Further, there is a wide disparity in rates of pretrial release without financial conditions by county. For instance, in McCracken County just 5% of cases in 2018 resulted in release without money bail compared to 68% in Martin County and 64% in Barren County — a truly disparate system of justice.

In setting bail, judges are required by statute to consider the financial ability of the defendant to pay; however, inconsistencies across counties in the release of people subject to money bail indicate that judges may not consistently follow this statute. For example, in cases subject to money bail in Hopkins County in 2018, 99% of cases subject to financial conditions resulted in pretrial release, while in Wolfe County, only 17% did.

Research shows that pretrial incarceration is associated with numerous harms to individuals and families and contributes to jail overcrowding, which is dangerous and also costly, all while failing to make communities safer. Individuals who remain incarcerated pretrial are more likely to lose a job, plead guilty even when innocent and be found guilty if their cases do go to trial. Pretrial incarceration also uses county resources that could otherwise be invested in services and supports in the community.

There are three bills in the Kentucky General Assembly that would increase pretrial incarceration and exacerbate the injustices in the current system.

Charitable bail organizations respond to the inherent inequities in our pretrial system by providing bail and other support services to people who cannot afford bail. As such, they provide one of the only ways for Kentuckians in these circumstances to avoid wealth-based detention.

Rather than systemically addressing wealth-based detention, House Bill (HB) 313 and Senate Bill (SB) 313 instead place significant restrictions on the operations of these funds. HB 313 limits the amount that charitable bail organizations may post for an individual to $5,000 and restricts funds from posting bail for individuals charged with domestic violence and abuse or dating violence abuse, as well as people held under a court order for involuntary treatment for a substance use disorder. SB 313 limits the bail amount paid by charitable bail organizations to $2,000, and prohibits charitable bail funds from posting bail or bonds for any felony charges and for misdemeanor domestic violence and abuse charges.

Instances of people committing crimes while they await trial are a tragic exception to the rule that most do not get rearrested — whether they are released without financial conditions, can afford to pay their own bail, or receive assistance in doing so. An analysis of people released in Kentucky pretrial under emergency orders in 2020 due to COVID shows that 89% of the cases resulting in release did not result in rearrest. Restricting charitable bail funds’ ability to respond to unjust wealth-based detention by helping Kentuckians make bail would only exacerbate the systemic inequities in our pretrial system.

The Kentucky Constitution allows everyone to be bailable by “sufficient securities” except for individuals charged with capital offenses. As such, and because the Constitution does not allow “preventive” detention because of (alleged) public safety concerns, for instance, judges currently use high bail amounts to accomplish preventive detention. HB 754, if passed by the General Assembly and approved by the voters, would amend the Constitution to allow “preventive” pretrial detention without a right to bail or other release. This would be implemented if, during a hearing, a judge finds by clear and convincing evidence that a person may flee or pose an imminent danger to themselves or to others.

Allowing for preventive pretrial detention would remove the incentive for judges to use high bail to detain people, thus changing the significance of bail in our pretrial system. However, it would not eliminate money bail, nor would it address the failure of our system to incorporate ability to pay in judges’ bail-setting processes. Fundamentally, it would increase pretrial detention. The proposed language allows the detention of persons who are a “danger” to themselves, to any other person or the community — a very legally broad set of reasons that would inevitably lead to greater incarceration, especially of poor people and people of color.

If this constitutional amendment were to become law, it would also significantly hamper any future pretrial reform efforts. The extremely broad categories for preventive pretrial detention would be enshrined in our constitution, and could not be improved or amended by statute. For example, Kentucky would be unable to make changes to our system like those that have been successful in Washington D.C., where 9 out of 10 defendants are released on recognizance without being subject to money bail.

There are two bills moving through the General Assembly that make modest improvements to our pretrial system.

SB 31 would help people be released from pretrial detention faster

Kentucky law does not currently include a “speedy trial” provision which requires that a person who is detained pretrial have his or her case heard within a limited period of time or be released.  SB 31 would require that individuals detained pretrial have their case tried within 180 days for a felony charge or 90 days for a misdemeanor charge or be released (with some exceptions including delays resulting from the processing of evidence at the Kentucky State Police forensic laboratory).

Additionally, SB 31 limits the amount of time an individual may spend in pretrial detention to the maximum term of imprisonment for the most serious charge (if the offense charged is a felony). This addresses the issue that some people are detained before trial for a period longer than they could be sentenced to at trial. These changes would not reduce the number of people who are detained pretrial initially, but should reduce the amount of time people can legally be detained pretrial.

SB 90 attempts to reduce pre- and post-trial incarceration by implementing a 10-county pilot “conditional dismissal” program diverting from the court system people with mental health and substance use disorders who meet the eligibility requirements. The program would provide case management, treatment and other supports to help address underlying issues, and people who successfully complete the program would have their criminal charges dismissed. SB 90 also requires the collection and reporting of data, and establishes a council to oversee and review the 4-year pilot program.

The restrictive eligibility requirements would significantly limit the number of people who could be helped. Only people who have been arrested for a misdemeanor or Class D (the lowest level) felony are eligible. Participation is further limited through the exclusion of people charged with a DUI, a violent offense, a sex crime, domestic violence or with an offense against a person who has a protective order — or any prior conviction of the same offenses. People who have been arrested for a qualifying offense must have a clinically assessed behavioral health disorder, and must be assessed as a low-risk, low-level offender or be otherwise determined by his or her attorney and the attorney for the commonwealth as a viable participant.

Even with restrictions and limited impact, SB 90 is a step in the right direction. It expands opportunities to divert people with mental health and substance use disorder challenges away from the criminal system and into treatment. People with substance use disorder and drug possession charges represent a large percentage of the incarcerated population in Kentucky, and bills like SB 90 help us move towards getting people the help they need instead of incarceration.

Significant changes are needed to Kentucky’s pretrial system so that fewer people are incarcerated while awaiting trial. In the short term, that means passing SB 31 and providing more pretrial diversion opportunities like those included in SB 90. It also means rejecting HB 754, HB 313 and SB 313 — harmful bills that will move us in the wrong direction and cause greater harm to Kentucky people and communities.