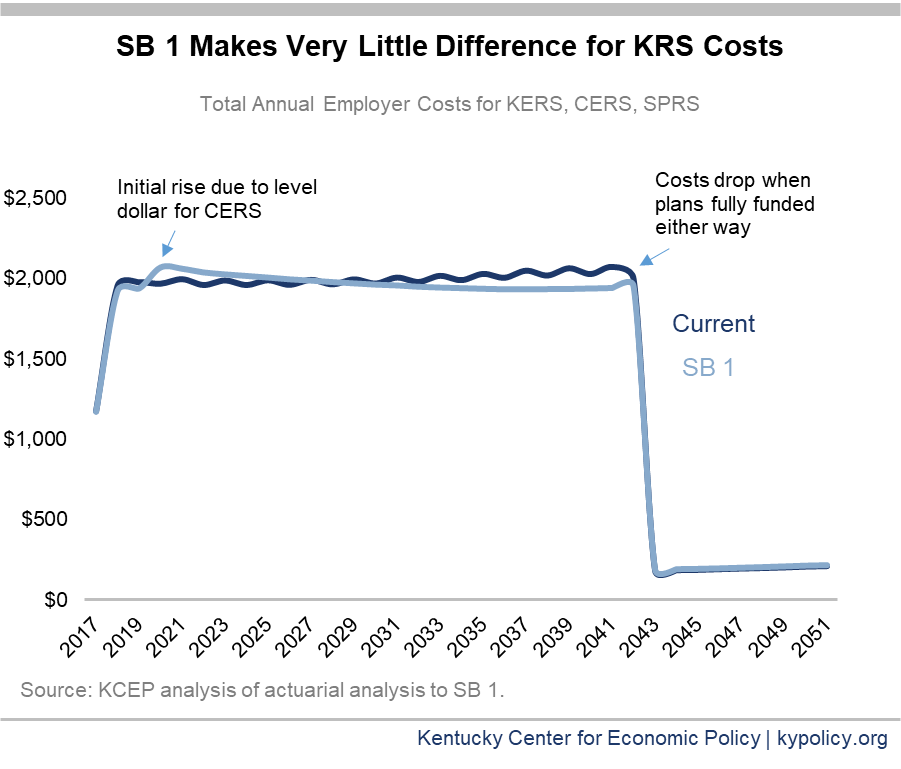 The pension bill SB 1 is not a cost saver for the Kentucky Retirement Systems (KRS), according to the actuarial analysis of the bill released today. And a change to teachers’ cost of living adjustment (COLA) in the next version of the bill still shorts teachers tens of thousands of dollars.

The new analysis shows the bill is slightly more expensive over the next 35 years for the Kentucky Employees Retirement System (KERS) non-hazardous, hazardous and state police plans, adding $184 million or 0.6 percent in costs. For the County Employees Retirement System (CERS) plans, it cuts $429 million or 2.6 percent of costs. Any cost reductions leading to these calculations assume the changes can survive potential legal challenges, about which the Attorney General has raised serious doubts.

In total, the impact on costs is negligible, as shown in the graph below. 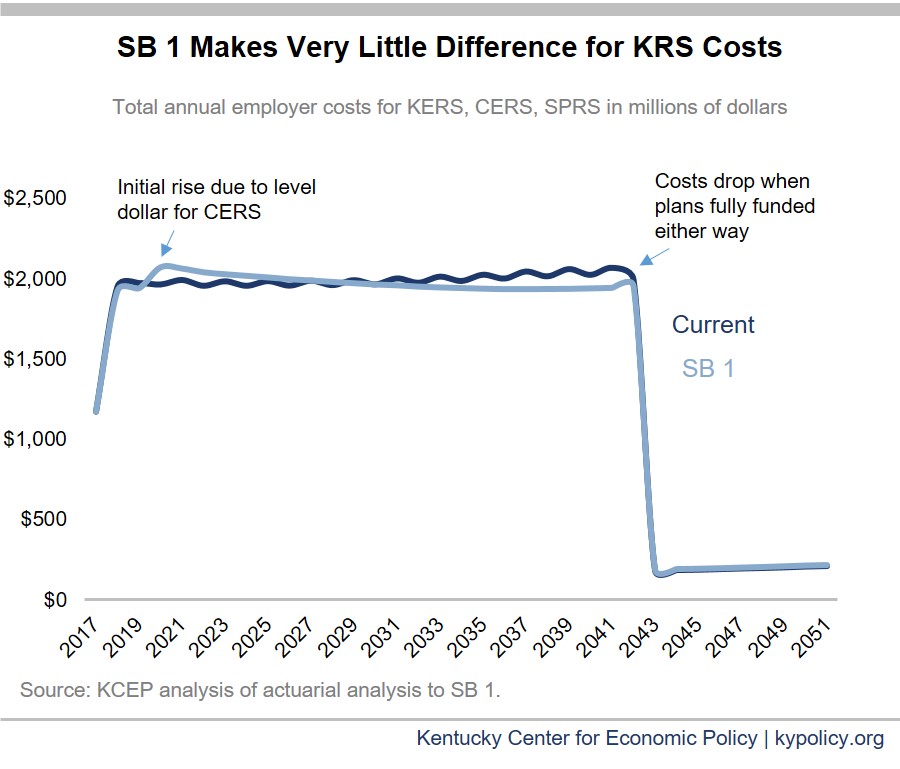 The main fiscal impact for CERS is that SB 1 front-loads the cost of paying down the unfunded liabilities by requiring a “level dollar” contribution starting in 2021. CERS employers are facing a 53 percent increase in pension funding costs next year because of the huge assumption changes already made by the KRS board. Shifting to a level dollar assumption would add another 19 percent to costs in 2021, the actuary estimates. Over a four-year period, CERS employer costs would go up 84 percent. They would pay less than under the current plan for the years 2030 to 2042 by shifting to level dollar.

But importantly, under either scenario the unfunded liability is entirely paid off after 26 years, dramatically reducing annual costs as shown in the graph above. Employer costs are essentially the same thereafter regardless of whether the legislature adopts the plans for new workers in SB 1. So despite making more cuts to benefits—including reducing the value of the hybrid cash balance plan—SB 1 doesn’t save money because benefits are already inexpensive. In fact, the actuary says the optional 401(a) defined contribution plan the bill introduces would cost more money than the hybrid cash balance plan.

Senate State and Local Government Committee Chair Bowen also announced that a committee substitute to SB 1 will be introduced in the next meeting with a few changes. One of those changes applies to the cut to teachers’ COLA included in the original bill. Rather than cutting the COLA in half for 12 years or until the plan is 90 percent funded, the revised bill will reduce the COLA from 1.5 percent to 1 percent until the plan is 90 percent funded. The result is close to the same amount of lost lifetime income for teachers as the original bill. If it takes 20 years to reach 90 percent funded, the average teacher would lose over $65,000. If it takes 25 years, the loss is over $67,000. 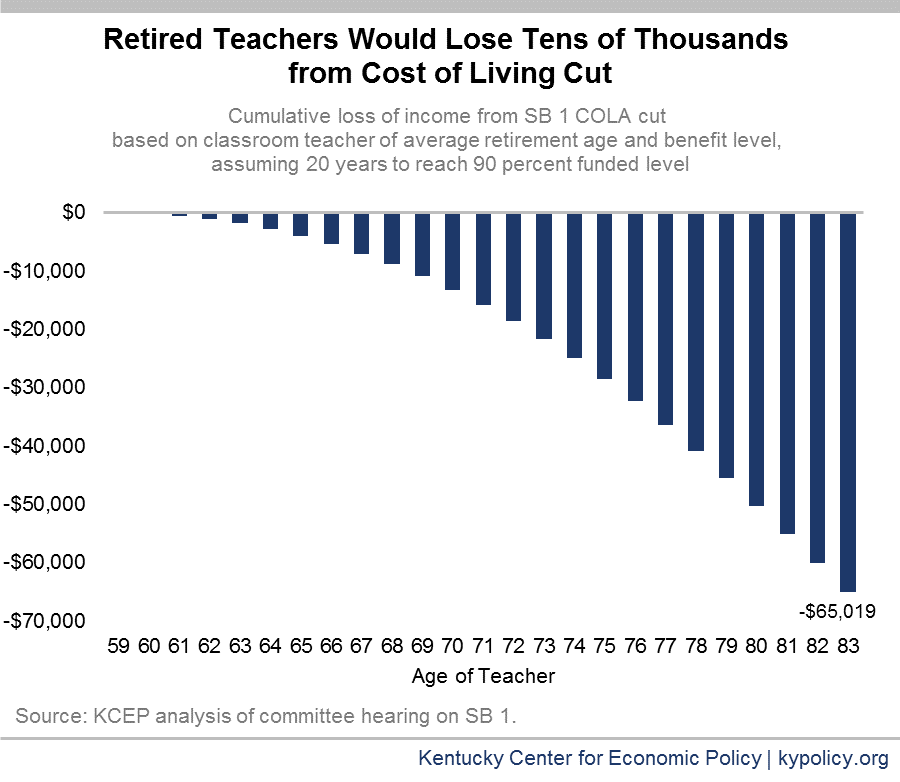