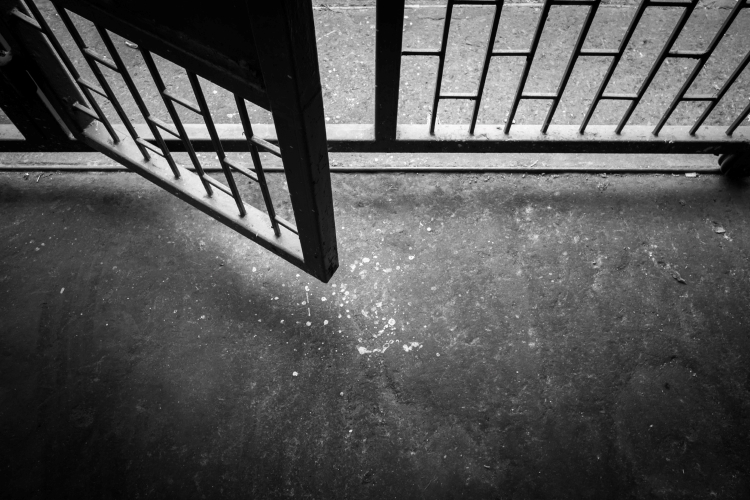 Amid inflammatory — and frequently racist — news stories about violence during the COVID-19 pandemic, Kentuckians may be wondering if more criminal punishment would make our communities safer. The answer is: We’re already doing that, and it’s not working.

Kentucky received national attention in 2011 for HB 463, a significant criminal justice reform package bill that was supposed to reduce incarceration. But a decade later, the state’s incarceration problem is worse. Today, there are over 30,000 people incarcerated in Kentucky’s jails and state prisons – more than the population of Frankfort and Paducah. That number has been growing every year except for a slight, temporary reduction related to COVID-19.

Despite the fact that alternatives to incarceration would more effectively address root causes by improving wellbeing in communities, Kentucky has continued to intensify criminal penalties and lock up more people. Since enacting HB 463, the General Assembly has passed 59 bills that increased or enhanced felony criminal punishment while passing only 10 bills that reduced criminalization and incarceration. Increased penalties are particularly for drug-related felony offenses, despite ample evidence that such punitive measures don’t actually work to fix the social problems associated with substance use.

Policy choices are contributing to a major problem: If Kentucky were a country, it would rank seventh-highest in the world for its rate of incarceration, worse than all countries outside of the United States, and all but six other states.

Enhancing criminalization and under-investing in communities is bad for all Kentuckians, but especially Kentuckians of color, those with low incomes, people with disabilities and other heavily policed groups. That entrenches disparities in the criminal legal system, economic well-being and health. Black Kentuckians are disproportionately represented among incarcerated people as a result of a legacy of policies and practices that make it more likely for Black Americans to be searched, arrested, detained pretrial, charged under habitual offender laws, convicted and sentenced to harsher terms – all of which begin with the General Assembly’s legislation.

Criminalizing drug use doesn’t make any community healthier or safer, but in fact drives drug use underground. That increases the risk of contracting transmissible diseases such as HIV and discourages access to emergency services, risk reduction practices and overdose prevention. More crime bills aren’t solving, or preventing, interpersonal violence either. Many of the behaviors crime bills attempt to address, such as gun violence, domestic/partner violence and child abuse are symptomatic of deeper issues like poverty, cyclical trauma and mental health disorders/SUD.

After HB 463 passed, it was projected that 3,000 fewer people would be incarcerated and the state would save $422 million over 10 years. But instead of declining, the Department of Corrections budget has increased 72% compared to just 45% in total General Fund expenditures since 2010. That means more money spent locking people up, less for substance use treatment in communities and effective programs that are not a part of the criminal system. It means less funding for evidence-backed crime prevention like early childhood education, improved physical environments, supports to engage youth and support their skill development, and efforts that mitigate the stress of poverty.

Though the vast majority of policies passed in the last decade thwart progress on incarceration, Kentucky has taken some steps in the right direction, including increasing the felony theft threshold and implementing probation credits for certain programs. But we need more progress through defelonizing drug possession, for instance, and rolling back other punitive laws like the state’s Persistent Felony Offender law – one of the broadest and most severe mandatory minimum laws in the country. We can look to states like South Carolina and Mississippi, which have been successful with reducing incarceration through evidence backed measures. Because if we really want to make communities safer, we need to stop trying to fix everything with a criminal penalty and instead invest in things that make communities better off. 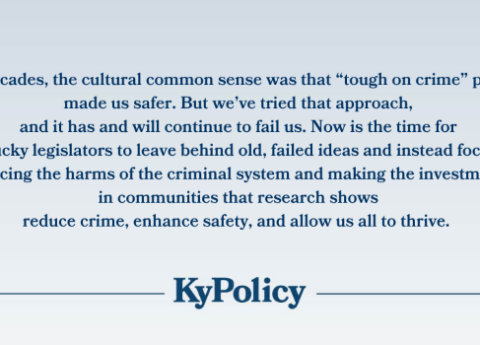