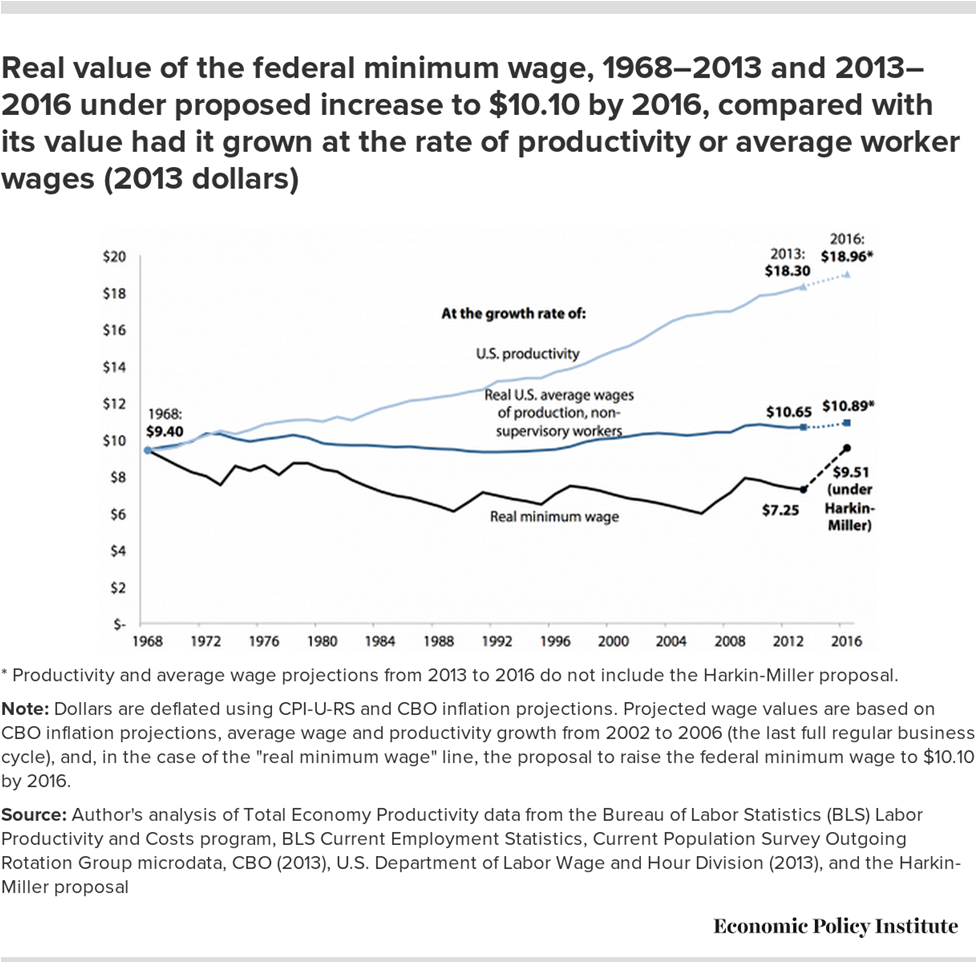 The decision by the Supreme Court of Kentucky invalidating local minimum wage increases means 76,000 working Kentuckians in our two biggest cities now must look to the General Assembly for action. An estimated 45,000 workers in Louisville and 31,300 workers in Lexington will no longer receive the much-needed raises made possible by local minimum wage ordinances. All this makes action even more urgent on the part of the General Assembly to raise the minimum wage state-wide while allowing localities the freedom to go beyond the level the state sets.

Across the Commonwealth, 1 in 4 Kentucky workers have jobs that pay less than $10.10 an hour. Not only has the minimum wage lagged behind inflation, but it has also failed to keep up with growth in the economy. Had the minimum wage grown along with worker productivity since 1968, its value today would be $18.96, which is 262 percent greater than the current $7.25 per hour.

Those who would gain from a state-wide minimum wage increase are typically adults whose income matters to household finances and family well-being:

A minimum wage increase is needed because its erosion has widened the gap between what families earn what it takes for them to get by. The Economic Policy Institute has produced estimates of the income needed to provide a “secure yet modest” standard of living in localities across the United States, meaning enough income to afford housing, food, child care, transportation, health care, other necessities and taxes. That study found that a family of three in localities across Kentucky needs upwards of $50,000 a year to make ends meet. But a full-time, year-round $7.25 minimum wage worker makes only $15,080.

Those who argue against raising the minimum wage frequently say that doing so would lead to a decrease in the total number of jobs available. But a rigorous, vast and growing body of economic research indicates that reasonable increases in the minimum wage have little or no effect on employment. In Louisville from July 2015 to July 2016 – the first year the ordinance was in effect – employment grew by 2.5 percent in the city as opposed to 1.8 percent state-wide, according to data from the Bureau of Labor Statistics. This is far from the catastrophic job losses predicted by opponents when the Louisville minimum wage ordinance was being considered in 2014.

While this ruling is a big setback for the tens of thousands of hard working, low wage Kentucky workers who were scheduled to get much-needed raises, the General Assembly now has the opportunity to take action when they next meet to ensure more Kentuckians who work can meet their basic needs. They have the opportunity to both increase the state-wide minimum wage and allow localities that want to go beyond that level the freedom to do so. Those actions would benefit workers across the state and boost our economies at the same time.