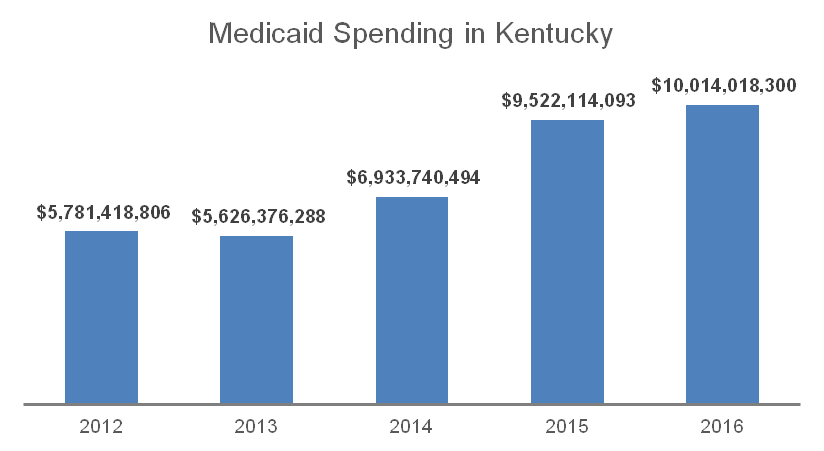 Despite claims that Kentucky’s coverage gains were not met with access to care and better health, several recent reports and other data show quite the opposite is true. The well documented decline in the share of Kentuckians without health insurance is already reaping other rewards.

Kentuckians are able to get to the doctor more than before. According to a recent Commonwealth Fund ranking of state health systems, Kentucky jumped from 47th in the country to 39th between 2013 and 2015, in large part because healthcare access and affordability both grew:

The final of a series of reports by SHADAC (commissioned by the Foundation for a Healthy Kentucky) outlining the implementation of the ACA in Kentucky showed several improvements in access for Medicaid expansion enrollees between the first quarter of 2014 and the third quarter of 2016:

More generally, the SHADAC report showed that access to care has grown among Kentuckians. Between 2012 and 2015

Results from these three reports also showed that as people have gotten insurance, their health has improved as well. The Commonwealth Fund ranking reported that between 2013 and 2015:

Similarly, the Harvard study reported health improved more for Medicaid eligible adults in Kentucky and Arkansas than in Texas:

The SHADAC report showed several areas that demonstrate improved health outcomes between 2012 and 2015:

Providers are getting paid

Another important measure for how coverage is translating into care is how much money is being spent on providing health services. Kentucky spent nearly $5.8 billion in 2012 to pay for care given to Medicaid enrollees. By 2016 that amount had risen to $10 billion, and covered over 400,000 more people. Most all of those dollars went to hospitals, clinics, pharmacies, long-term care facilities, and many other kinds of healthcare providers.

Source: Data from the Kentucky Office of the State Budget Director.

This influx in funding has made a huge difference for providers who otherwise might not have been paid for the care they offered. While there has been an increase in people receiving care, there has also been an increase in patients who can pay for their care. Uncompensated, or charity care has dropped 67 percent since 2012 according to SHADAC. 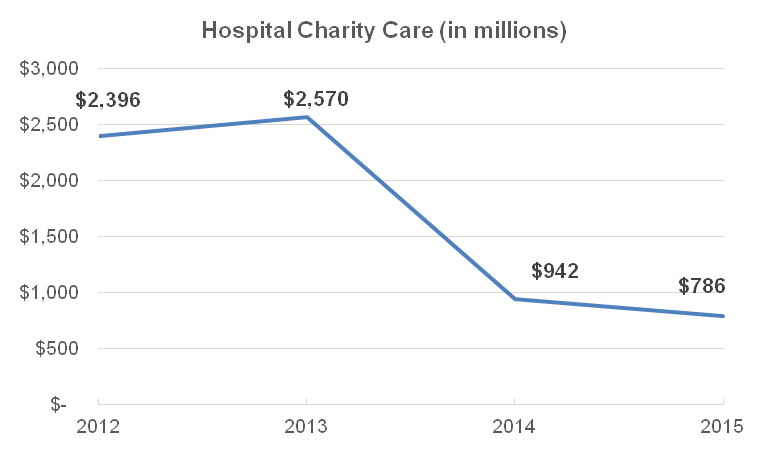 Source: SHADAC “Final Report: Study of the Impact of the ACA Implementation in Kentucky.”

Coverage is not an end goal in and of itself, but it does help people get to a doctor when they need to, which in turn helps to improve health. It is clear that Kentuckians have used the coverage they gained to get to a doctor, and there is already evidence of improved health outcomes. Stripping coverage away from 24 million Americans, including hundreds of thousands of Kentuckians, will make healthcare access much worse.  Instead, lawmakers should be pursuing ways to build on our coverage gains and ensure everyone can affordably see a doctor when needed.