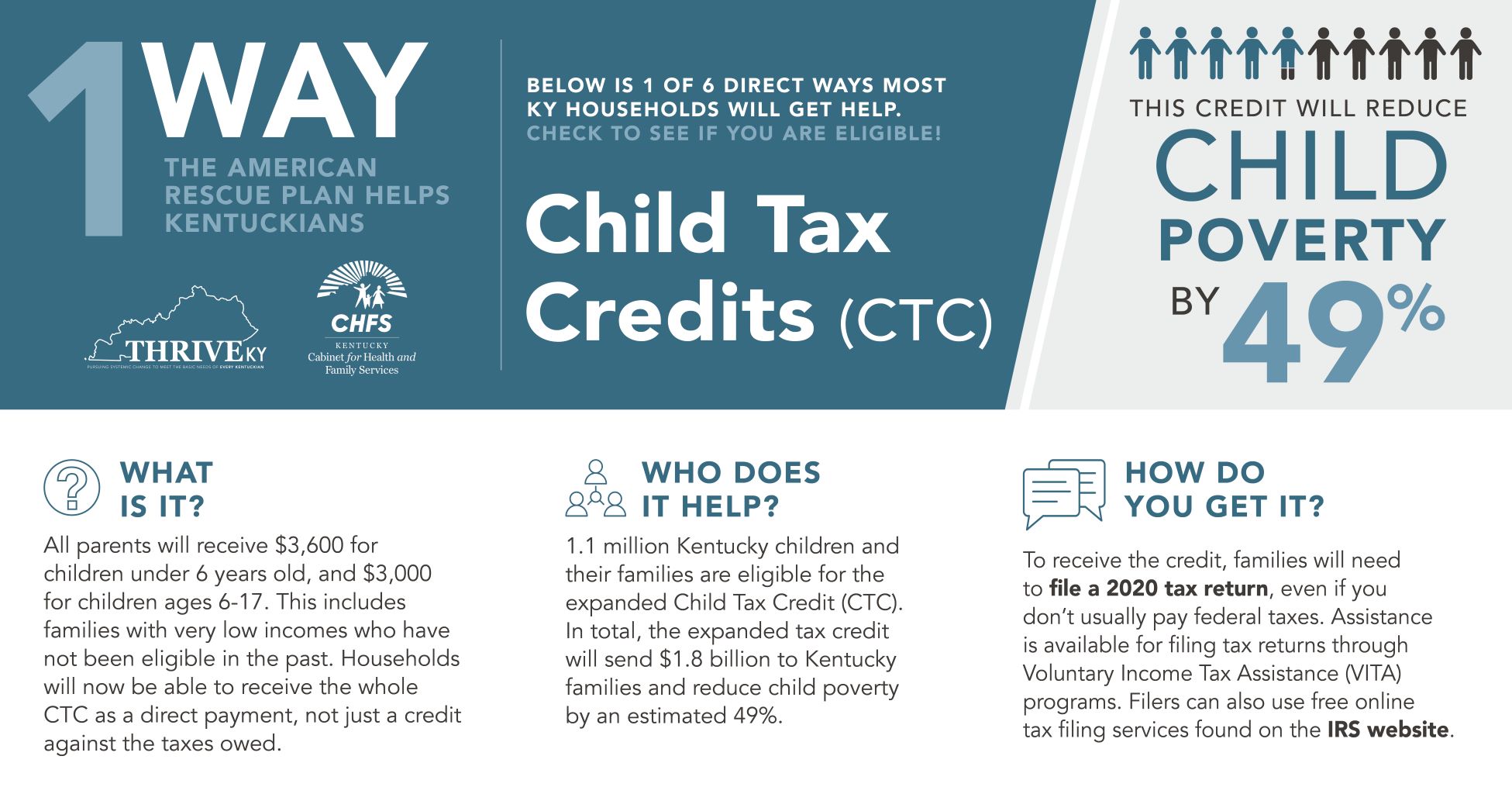 The Biden Administration has named today “Child Tax Credit Awareness Day” to raise awareness about the hundreds of dollars per month in much-needed relief that’s coming for families with children starting July 15 through the Child Tax Credit (CTC) approved as part of the American Rescue Plan Act (ARPA). The transformative improvements to the CTC under ARPA will boost opportunity and improve long-term prospects for an estimated 929,000 Kentucky children, especially in low-income families, and tens of millions of children nationwide.

Improvements to the CTC this year could reduce child poverty by 40 percent, according to analysis by the Center on Budget and Policy Priorities. As part of the ARPA, Congress increased the amount of the credit for 2021 from $2,000 per child to $3,600 for children under 6 years old and $3,000 for children between 6 and 17 years old.

This year, for the first time ever, families with children can receive half their CTC as monthly, advance payments and the other half when filing their annual taxes, as opposed to one lump sum. This will provide much-needed assistance to families sooner, so they can make ends meet month-to-month. Those eligible for the full credit will receive $250 per month per child for children ages 6-17 and $300 per month per child for kids under the age of 6. First payments will be distributed beginning July 15. The credit will not count against people in determining their eligibility for SNAP (formerly known as food stamps), Medicaid, K-TAP and other forms of assistance.

In advance of CTC Awareness Day, the IRS announced the roll out of two online portals that families can use to sign up for and manage their CTC advance payments. Families who have already filed 2019 or 2020 taxes or who signed up for stimulus payments will automatically receive advance payments in July. Families who have not yet filed or aren’t typically required to file taxes because their incomes are too low will be able to sign up through a new online portal available at https://www.irs.gov/credits-deductions/child-tax-credit-non-filer-sign-up-tool.

In the next few weeks, the IRS will also roll out another tool allowing families to opt out of receiving the payments in advance (they would receive them as a single, annual tax refund instead), check on payment status and update their information. It will eventually be available in Spanish, as well. Local and state governments in Kentucky could help increase participation by using ARPA funds to raise public awareness and assist families in signing up.

“The new CTC is a transformational policy that will make an enormous difference for the 1 million Kentucky kids who will benefit,” Kentucky Center for Economic Policy Senior Policy Analyst Dustin Pugel said. “The American Rescue Plan Act’s improvements to the CTC will make it easier to afford housing, food, clothing, health care and child care — which research shows makes a huge difference in the wellbeing of children on many levels. We urge every Kentucky family to claim their CTC.”

An estimated 65.6 million American children will benefit from improvements to the CTC, including roughly half of all Black and Latinx children, whose families (along with other families of color) are disproportionately employed in low-wage jobs because of historic and ongoing policies and practices that act as barriers to opportunity and equity.

Programs such as the CTC that lift children out of poverty are linked with improved prospects for those kids’ futures, including improved health outcomes, higher math and reading scores, less use of drugs and alcohol, and higher rates of college entry. But to fully achieve those long-term benefits, Congress must make permanent the ARPA’s temporary improvements to the CTC. President Biden has proposed extending the improvements as part of his American Families Plan, which is now in front of Congress.

“ARPA’s expansion of the Child Tax Credit has the potential to change the trajectory of the lives of nearly every child in Kentucky, but it would be a tragedy if this vital program ends in December. Congress should act to make the expansion permanent, and must avoid pulling the rug out from under Kentucky kids by letting the improved CTC expire in 2022,” said Pugel.

For more information on the Child Tax Credit, Kentuckians can visit childtaxcredit.gov. 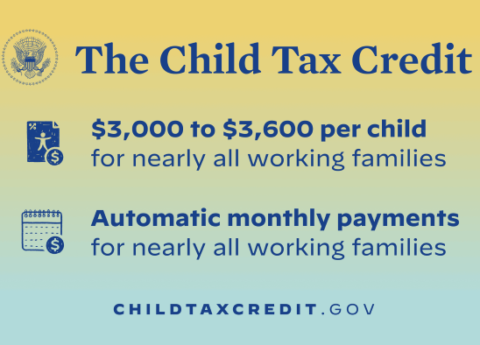