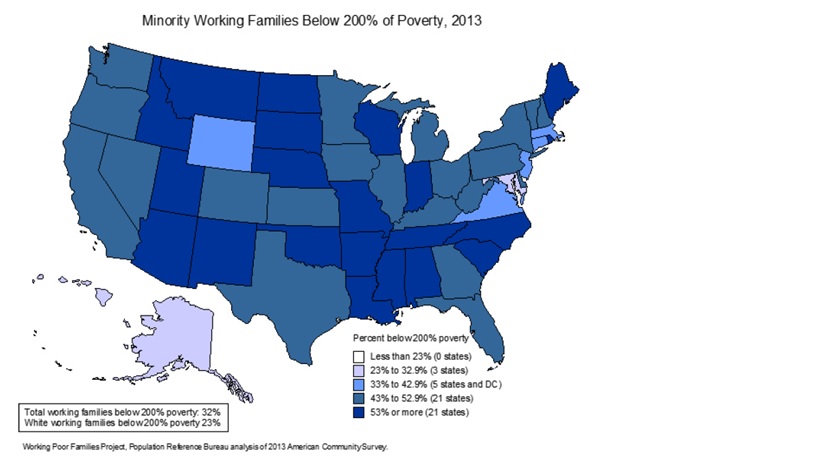 The report, released by the Working Poor Families Project, shows that working families headed by racial/ethnic minorities across the nation were twice as likely to be poor or low-income compared with non-Hispanic whites in 2013 — a gap that has increased since the onset of the Great Recession in 2007.

These economic disparities between racial/ethnic groups present a critical challenge to ensuring economic growth and bringing opportunities to all workers, families and communities.

The report encourages states to address these economic disparities through policies that increase access to education and training while also making work pay.