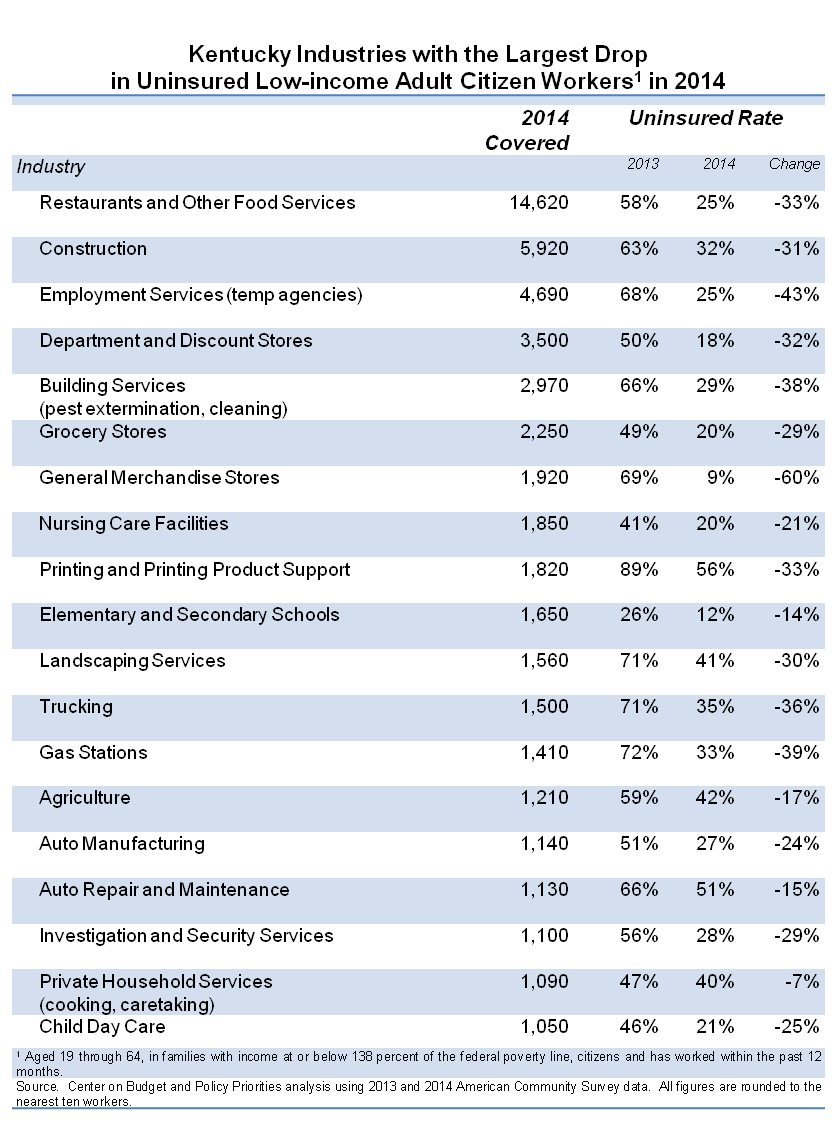 To view this brief in PDF form, click here.

Many thousands of Kentuckians who work low wage jobs at restaurants, on construction sites, through temp agencies and at retail stores are among those who have gained health insurance because of Kentucky’s decision to expand Medicaid, newly-available Census data show. These workers’ access to care is at risk if Kentucky takes steps backward on the expansion, potentially harming our economy and the health of our state.

More than 73,800 low-wage Kentucky workers whose family incomes make them eligible for Medicaid under the expansion gained health insurance in 2014, according to the data. Workers make up the majority of the 137,220 Medicaid-eligible adults who gained coverage. Because the Census data was collected monthly from January through December 2014, it doesn’t reflect the full extent of coverage gains from Medicaid expansion to date, which total approximately 400,000.

The biggest industries where workers gained health coverage are as follows (see chart for full list):

Kentucky led the nation in 2014 in its drop in rate of uninsured 2. While most of the adults gaining insurance are working, they are in jobs that do not offer them affordable coverage. The share of Kentucky workers who receive health insurance through their employer has gradually fallen over the decades from 70 percent in 1980-1982 to only 53.7 percent in 2011-2013 3. Medicaid and access to private insurance with the help of tax credits through Kynect, the state’s marketplace, are helping fill the gaps for workers.

Kentucky ranks near the bottom on many health measures, making our decision to expand Medicaid that much more important 4. Thousands more Kentuckians are getting the preventive care that can keep them healthy and on the job. Many of the workers who have gained coverage are people we encounter on a daily basis at restaurants, grocery stores, nursing homes, child care centers and more. Their ability to go to the doctor when sick also helps the rest of the state stay healthier. 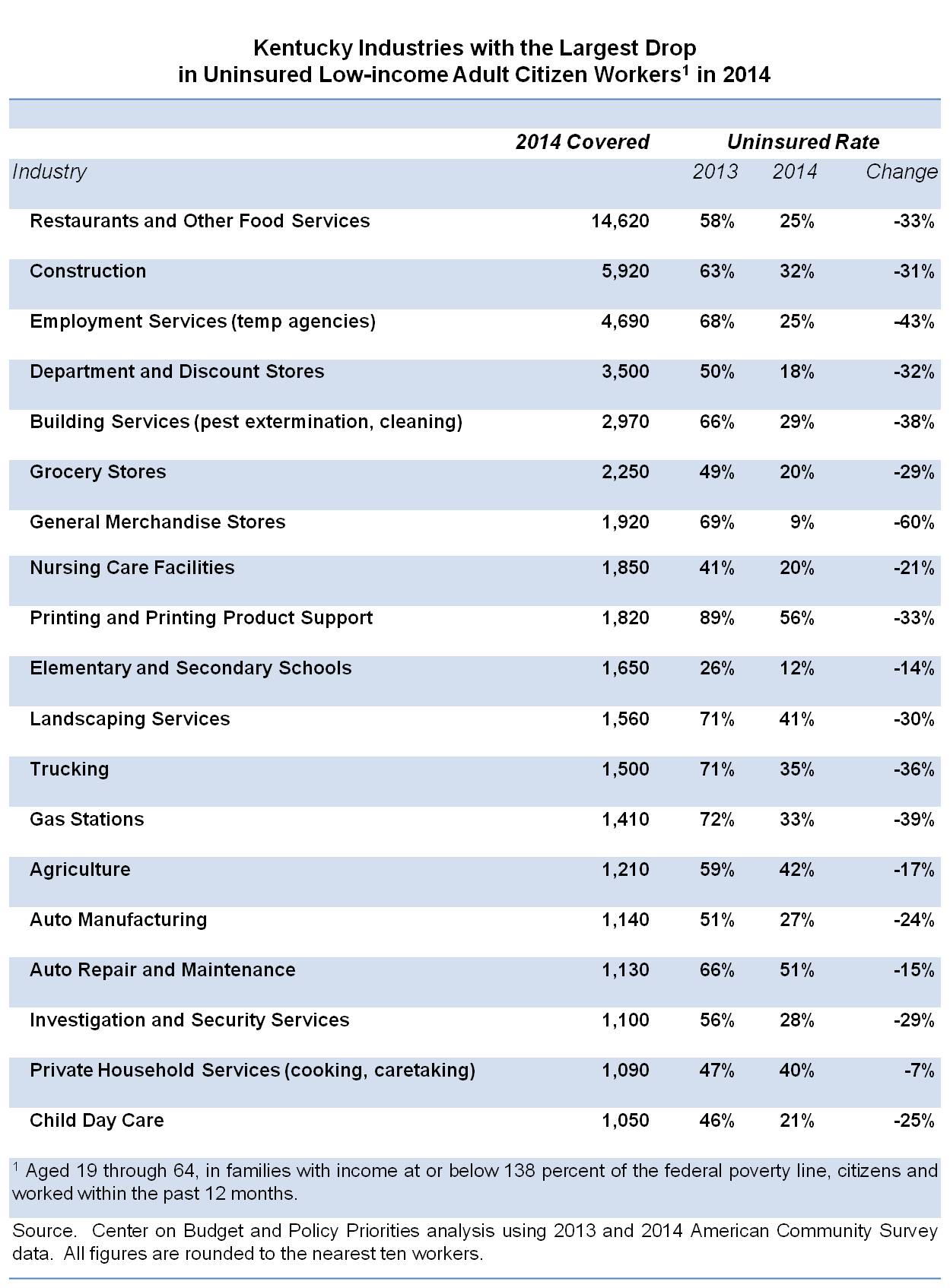