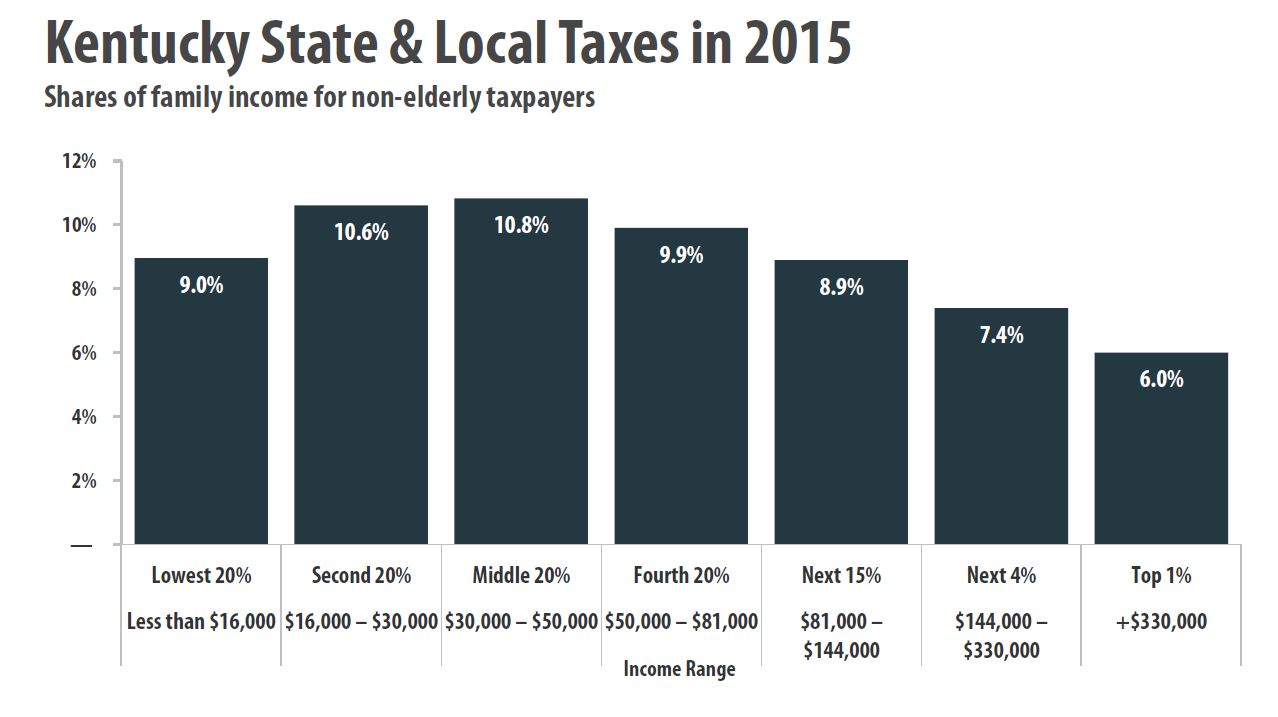 In Kentucky, the wealthiest residents pay the lowest overall state and local tax rate as documented in a new edition of a study by the Institute on Taxation and Economic Policy.

“Who Pays: A Distributional Analysis of the Tax Systems in 50 States” analyzes all major state and local taxes including personal and corporate income, sales and excise and property taxes. It shows that the middle 20 percent of Kentuckians—with incomes ranging from $30,000 to $50,000 a year—pay 10.8 percent of family income, while the wealthiest one percent—whose incomes start at $330,000 but average at $839,500—pay only 6 percent.

For the lowest-income Kentuckians making less than $16,000 a year, their tax rate is 9 percent compared to 6 percent at the top. At a time when skyrocketing incomes at the top and sluggish if any growth in wages at the middle and bottom are leading to growing income inequality, our regressive tax system widens the gap.

Unfairness in our tax system is largely a result of sales and excise taxes which fall more heavily on low-income Kentuckians: the bottom twenty percent pay 5.5 percent of family income in such taxes, while the top one percent pay just 0.8 percent. Sales taxes are made slightly less regressive by exemptions for groceries, prescription drugs and other personal items, but exemptions do not fix the problem. That’s because low-income families typically spend all of their income to make ends meet, while wealthier Kentuckians can afford to save a portion.

It could be worse: ITEP shows that, in fact, all states have upside-down taxes and Kentucky ranks better than 32 of them. That’s due in large part to our personal and corporate income taxes. In Kentucky, individual income taxes on the lowest 20 percent make up 1.2 percent of family income, and on the top one percent, 5.2 percent. Income tax-free Florida and Texas and flat-taxing Illinois and Indiana are in the top ten most unfair states where the poorest residents pay up to seven times the tax rate that the wealthiest pay.

Many of the best ranked states such as Minnesota, Oregon and Vermont have graduated income taxes at higher rates than Kentucky. Top-ranking states also close loopholes and reduce exemptions for the state’s wealthiest residents and most profitable businesses, and offset some regressivity in their taxes with refundable credits for low-income families such as a state earned income tax credit (EITC). Kentucky does not have an EITC, and its family-sized credit is non-refundable, meaning that the credit will reduce one’s income tax payment to zero, but any remaining portion of the credit is not offered as a refund.

Making a tax system fairer would also make it better able to meet budgetary needs. One of the big problems with regressive taxes is that low tax rates for the wealthy—combined with concentrated income growth at the top—means we are not taxing wealth where it is growing the fastest and revenue will grow more slowly over time. States like Kansas and North Carolina, which have cut income tax rates at the top in a misguided attempt to grow jobs, are facing huge budget shortfalls even as they fail to reap the much-promised economic benefits of these cuts.

As reported in a New York Times story about  “Who Pays,” research shows that taxpayers agree that a fair tax system is a progressive one. 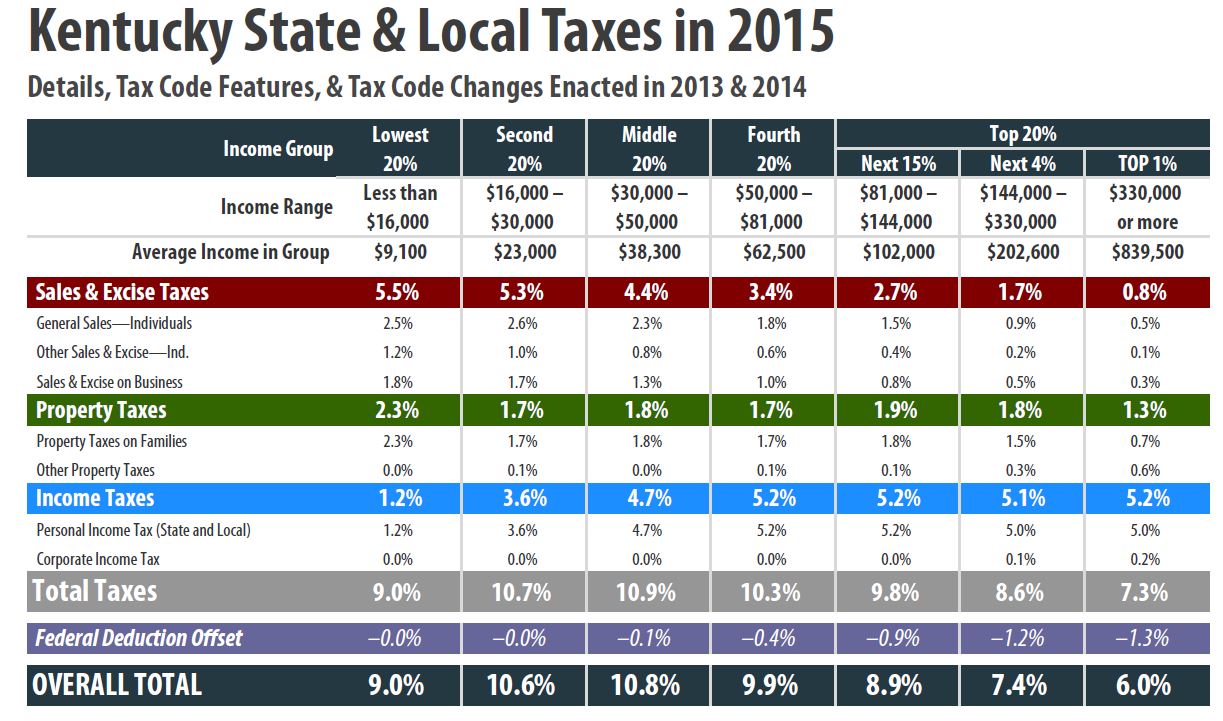