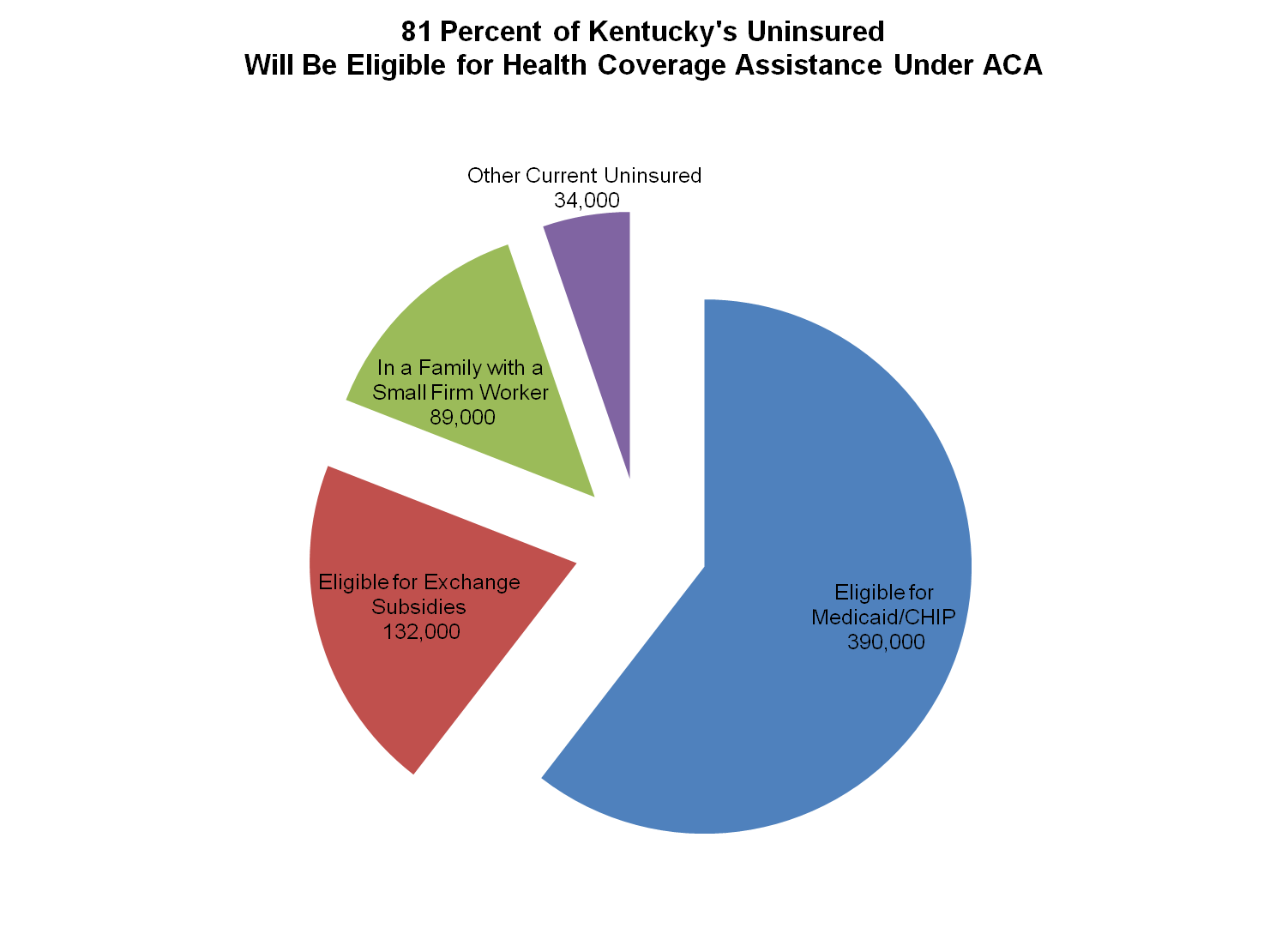 Kentucky is one of three states in the nation where more than four out of five of the uninsured will be eligible for health coverage assistance under the Affordable Care Act (ACA), according to a recent study by the Robert Wood Johnson Foundation and the Urban Institute.

The report estimates that 81 percent of Kentucky’s uninsured are or will be eligible for assistance through Medicaid and the Children’s Health Insurance Program (CHIP), subsidies to buy coverage on the health exchange or subsidies to small firms to purchase coverage (see graph below for details). That ties Kentucky with Michigan and West Virginia for the biggest assistance eligibility rate in the country.

Governor Beshear’s decision to expand Medicaid plays a big role in the result. Without Medicaid expansion, the report says, only 41 percent of Kentucky’s uninsured would be eligible for assistance.

States like Kentucky that will especially benefit from the ACA have low rates of insurance coverage currently and a large percentage of people whose incomes are low enough to qualify for subsidies when purchasing insurance through the exchange. They also have a relatively small number of non-citizens; undocumented immigrants and some legally-resident immigrants are not eligible for assistance through the ACA.

Overall, the report estimates that Kentucky will experience a 54 percent decrease in its uninsured population because of the ACA, a bigger reduction than all states but West Virginia, North Dakota and Michigan. The report also notes that 75 percent of those who are expected to remain uninsured in Kentucky are actually eligible for either Medicaid/CHIP or subsidies to buy insurance through the exchange. That makes Kentucky among the states with the best potential to increase coverage rates even further through effective outreach and public education efforts.