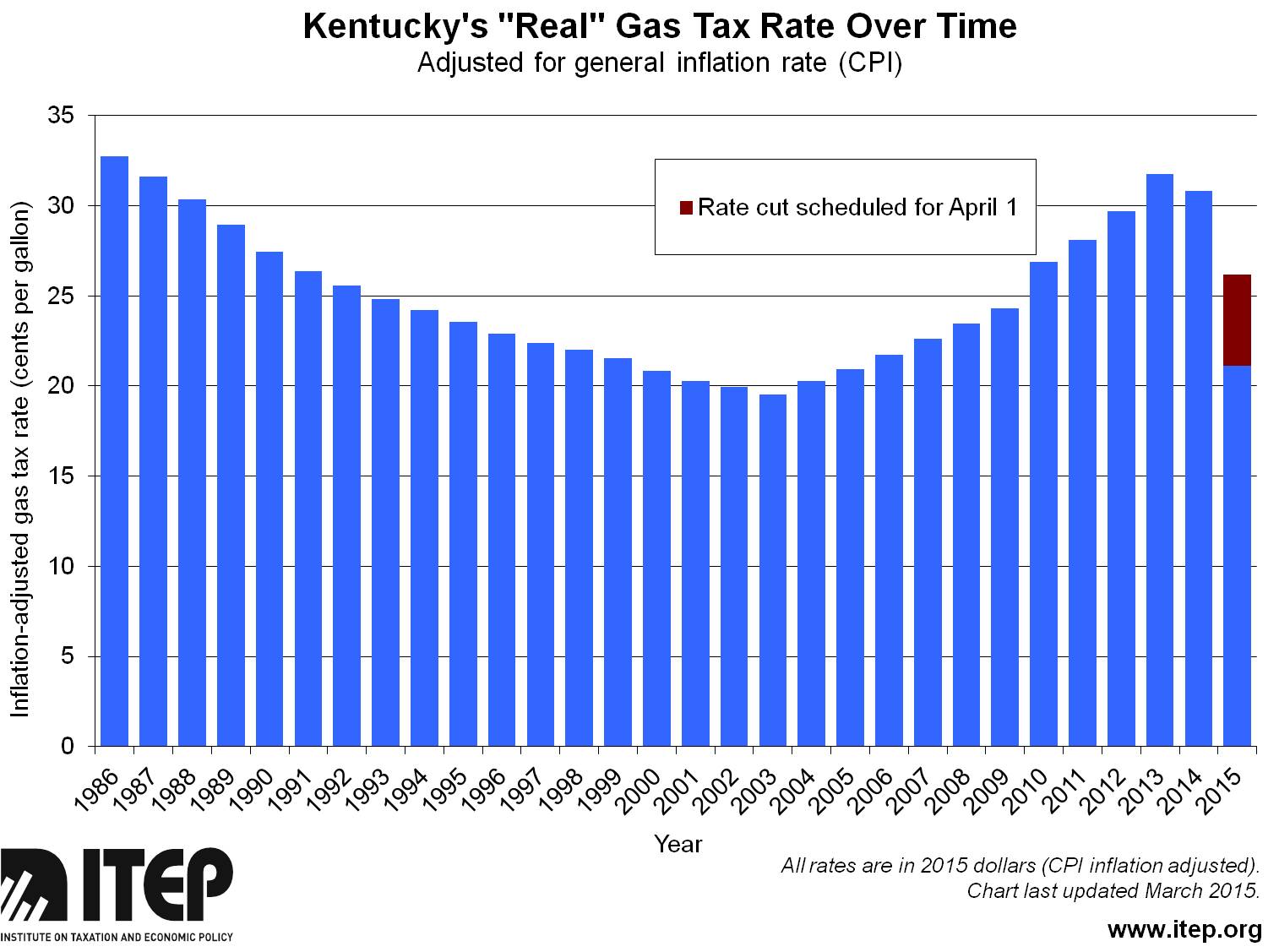 lf legislators end the 2015 session without preventing the pending 5.1 cent drop in the gas tax, the rate will fall to a level near its historic low over the last three decades, once inflation is taken into account.

That can be seen in the graph below of the Kentucky motor fuels tax since 1986, adjusted for the consumer price index, which reflects what the tax means for a household’s budget. The motor fuels tax didn’t change from 1986 to 2004, meaning its value dropped over that time in inflation-adjusted dollars. 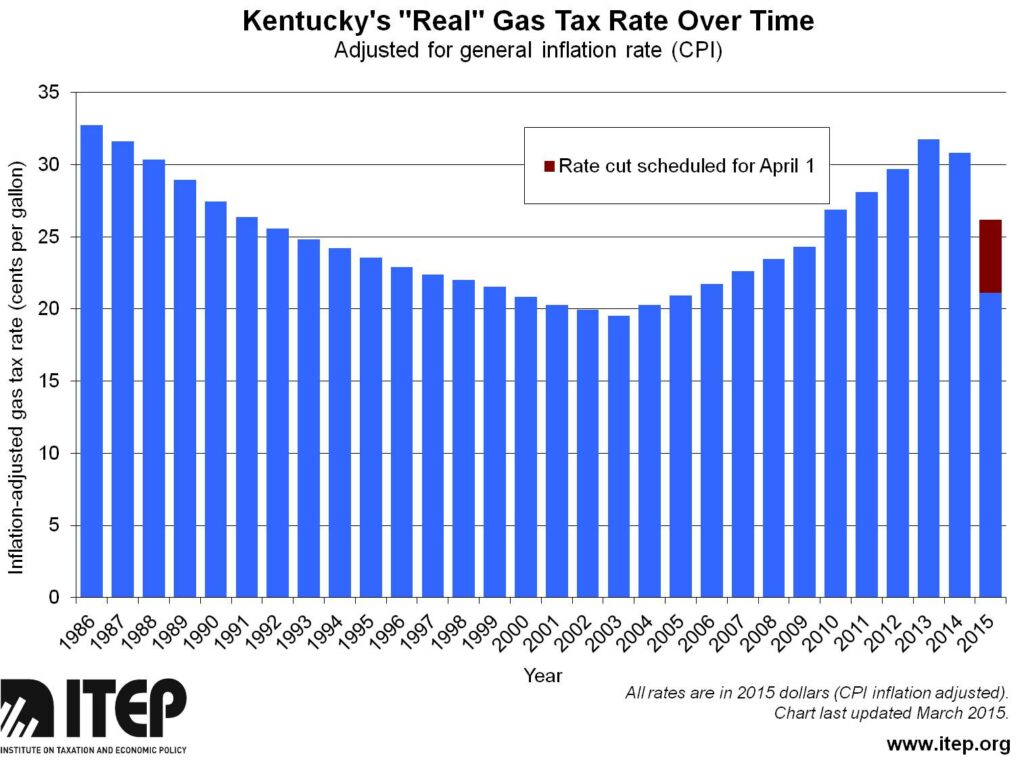 The rate began rising in 2004 and again in 2009 when the state adjusted the floor for the tax and as the price of gas went up. However, that merely returned the rate to its level in the mid-to-late 1980s. Allowing the rate to drop in April would bring it down to a level seen only in the early-to-mid 2000s.

Good roads are critical to public safety and to Kentucky’s economy, especially in a state so dependent on manufacturing and distribution industries. Funding from the gas tax and other sources also supports over 40,000 jobs. It’s important that the General Assembly recognize the need for a sustainable revenue stream to keep Kentucky’s infrastructure safe and up to date.