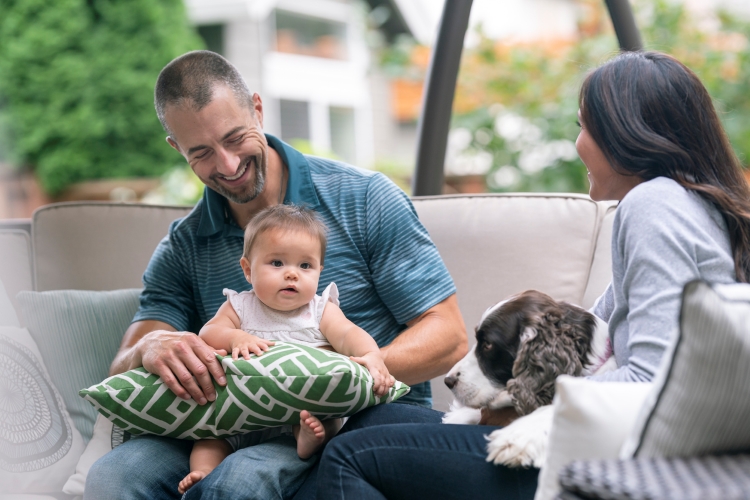 Kentuckians’ economic future and family well-being hinge on passage of the Build Back Better Act (BBB) now in front of Congress. The legislation contains landmark policies that will create millions of good jobs nationwide, filling crucial needs in the care economy and in the transition to clean energy. The act would lower family costs on necessities ranging from child care to higher education, from health care to housing.  The plan also reduces inequality and raises revenue by closing tax loopholes and increasing rates for the very wealthy and profitable corporations, and investing those resources in communities.

Here are highlights of what the BBB would mean for Kentuckians:

The BBB plan would extend, and in some cases make permanent, critical recent improvements in the poverty-reducing Child Tax Credit (CTC) in the American Rescue Plan Act (ARPA). The transformative changes to the CTC are lifting a phenomenal 44% of Kentucky children above the poverty line and helping 929,000, or 92% of, Kentucky kids. Through 2025, the BBB would extend ARPA’s increased annual CTC amount ($3,000 to $3,600 per child) and its availability for children up to age 17, and it would continue to make half the credit available to families up front through monthly checks or direct deposits. Crucially, BBB would make permanent the ARPA provision that allows for children in families with very low incomes to be eligible for the full credit amount. Before ARPA, the CTC partially or entirely excluded 422,000 Kentucky children in families with low incomes, including 59,000 Black children and 38,000 Latino children.

The BBB would also make permanent the ARPA’s Earned Income Tax Credit (EITC) expansion for adults who do not have children and who work in low-wage jobs. ARPA increased the maximum EITC amount from $540 to $1,500 and the income cap for eligibility from $16,000 to $21,000, and extended eligibility to include younger adults ages 19-24. Making these provisions permanent would benefit 256,000 working adults in Kentucky, 17% of whom are Black, Latino and Asian.

BBB includes funding for universal preschool and expanded child care that would make quality care and education available and affordable for the 325,750 Kentucky kids ages 5 and below.

For the 114,500 Kentucky children who are 3 and 4 years old, the plan creates a preschool program for all kids that is completely free to families. It can be implemented through public schools, licensed child care programs, Head Start grantees or a combination of those entities. BBB also includes funding for public schools to help repair, modernize or rebuild school buildings, an $82 billion investment that would create a million good-paying jobs across the country.

The expansion of child care assistance would occur in two phases. The first phase would occur during the initial three years of the program, which would expand the state’s existing Child Care and Development Block Grant (CCDBG) to cap child care costs at a sliding scale that reaches no more than 7% of income for low and middle-wage Kentuckians. The second stage, beginning in federal fiscal year 2025, would create a shared state-federal entitlement to all families regardless of income, keeping the sliding scale of up to 7% and making child care no-cost for Kentuckians earning under 75% of the state median income (or SMI, which was $52,295 in 2019 in Kentucky). As a result, child care would be free for families making less than approximately $39,221. For a Kentucky family with income of approximately $70,000, this plan would cut child care costs by 32%.

The BBB would provide 12 weeks of paid family and sick leave for workers who have had a new child, are sick or have caregiving responsibilities for a family member who is sick. This benefit would replace lost wages on a sliding scale with low-wage workers ($15,080 or less) receiving the highest replacement (85% of wages) and high-wage workers (over $250,000) receiving the lowest replacement (5%). Workers claiming this leave would need work history in the three to six months prior to using the leave. Currently, Kentucky has no laws requiring employers to provide paid family and sick leave for its civilian workforce of 1.9 million, and nationally, only 17% of civilian workers worked for an employer that offered paid family leave in 2018.

The proposal provides two years of tuition-free community college, with tuition and fees set at $0 for all students for states that opt in to the federal-state partnership. Currently more than 70,000 students are enrolled in the Kentucky Community and Technical College System (KCTCS). Despite relatively low tuition and fees compared to other higher education institutions in the state, a large share of KCTCS students take out loans and have high rates of student loan default.

BBB also increases Pell Grant (the federal need-based financial aid program) amounts by $500, bringing the maximum Pell Grant amount to nearly $7,000. In 2020, more than 92,000 Kentuckians received a federal Pell Grant. In addition, the bill includes funds to provide tuition assistance for students at Historically Black Colleges and Universities (HBCUs) like Kentucky State University, as well as aid to support the institutions themselves.

There are 29,600 Kentuckians receiving long-term services and supports in their homes or in the community rather than in a nursing home. At the same time, there are over 10,000 Kentuckians waiting to receive those services, but cannot because Kentucky pays for only a limited number of people to use those services. The Build Back Better plan provides $190 billion nationally to help with this need by increasing the share the federal government pays for Home and Community-Based Services (HCBS) by 7 percentage points over the next 10 years. That extra money would be spent on providing services to more people, broadening the services offered, improving worker pay and benefits, and otherwise improving HCBS provision.

The BBB extends recent enhancements to the health insurance marketplace in ARPA that allow very low-wage individuals to purchase premium-free plans on the marketplace and expand eligibility for premium tax credits to more people. The BBB extends those improvements through 2025. It also extends a lower cap on premium payments at no more than 8.5% of income. The combined effect of boosted marketplace subsidies is that an estimated 61,000 additional Kentuckians will have health insurance, cutting our uninsured rate by 21%.

BBB also provides critical new Medicare benefits for older Kentuckians. The 939,651 Kentuckians with Medicare would begin receiving vision, hearing and dental benefits starting in 2022, 2023 and 2028, respectively. These benefits have never been included in Medicare coverage before.

To build on the success of the P-EBT program that has helped provide food to over 600,000 Kentucky kids while schools and child care centers have been closed or providing virtual instruction, policymakers implemented nationwide Summer EBT in 2021 to reach children when child hunger spikes after the end of the school year. In Kentucky, the Summer EBT program helped provide food to 7 in 10 kids. While this was the first time Kentucky operated Summer EBT, the program has existed as a USDA pilot program for over 10 years. In these pilots, just $30 a month in Summer EBT benefits was found to reduce childhood food insecurity by 30%. Despite its success, until now Summer EBT has only been provided limited funding as a demonstration project with only a few states to participate each year. The BBB would take significant strides toward eliminating summer food hardship by making Summer EBT available nationwide, providing families with low incomes $75 a month in grocery money for the next seven summers.

BBB would reduce homelessness and housing instability by making a historic investment in Housing Choice Vouchers. The Housing Choice Vouchers program is a federally funded program in the Department of Housing and Urban Development that provides rental assistance to families with low incomes and successfully supports stable housing for people with extremely low incomes, including households with children, people with disabilities and seniors. The voucher expansion would reduce long-standing racial disparities in housing caused by our history of discrimination in housing policy. In Kentucky, the expansion means over 24,000 Kentuckians, including 10,000 kids, would get much-needed help in paying rent.

BBB also works to increase the supply of quality affordable housing to those with the highest needs by providing funding to preserve existing public housing and investing in the Housing Trust Fund to build more affordable rental homes for people with the lowest incomes.

Climate change provisions in the bill would significantly cut carbon emissions through a range of investments and incentives to support a transition to clean energy. A key provision is a $150 billion investment in the Clean Electricity Performance Program (CEPP), which pays utility companies to switch to non-emitting sources of electricity such as wind and solar and levies fines for those that do not reach clean energy targets. The legislation also includes a wide range of additional investments including monies for electric vehicle charging stations and for trucks to be converted to electric; clean energy investment and production tax credits; a Civilian Climate Corps putting people in places like eastern Kentucky back to work in land restoration; and tax incentives for purchases of electric vehicles and bikes. The policies would also promote manufacturing in the United States, prevailing wages, unionization and workforce development. These investments are critical to the success of two new electric vehicle battery plants with 5,000 jobs being built in Hardin County, and future development of that industry in Kentucky.

The bipartisan infrastructure bill, which will pass if the BBB is enacted, provides over $1.2 trillion in funding over 10 years for roads, bridges, broadband, public transit, airports, ports, updates to the electric grid, electric vehicle charging stations, Amtrak, cybersecurity, addressing climate change, removal of lead pipes and more. Kentucky is expected to receive around $5.5 billion, including $4.6 billion for road improvements and $438 million for bridge replacement and repair — funds that will help address the 1,033 bridges and 1,322 miles of highway in Kentucky that are in poor condition.

In addition, Kentucky will receive $391 million for public transportation, $100 million to improve broadband access and $69 million to expand the EV charging network. The legislation also includes a competitive $12.5 billion Bridge Investment Program, which Kentucky can apply for to assist with replacement of the Brent Spence Bridge that connects Kentucky and Ohio and construction of the I-69 bridge. Other important competitive grant programs Kentucky could apply for include $1.4 billion to address abandoned oil and gas wells (Kentucky has the 4th most in the U.S.), $1.5 billion for brownfields reclamation (Kentucky has 8,000 brownfield sites), and $11.2 billion to address abandoned mine reclamation (Kentucky ranks 3rd among all states in the number of abandoned mine sites that need to be reclaimed).

To offset the cost of the programs and benefits included in the BBB, the plan closes loopholes and raises rates for very high-income people and corporations to raise over $2.1 trillion in revenues over 10 years, making the overall system more progressive and helping to address rising income inequality. The plan cuts taxes for most people. An analysis of the proposal prepared by the Institution on Taxation and Economic Policy (ITEP) notes that just 1.6% of individuals will pay more in income taxes, with 97% of the increases being paid by the wealthiest 1% of Americans. Corporate tax increases will primarily be borne by the wealthiest 5% of Americans along with foreign investors.

As illustrated in the graph below, which includes individual, corporate, and tobacco tax increases, along with the CTC and EITC expansions, a large majority of Kentuckians will pay less in taxes under the plan. Looking only at individual income tax changes, 99.1% of all Kentuckians will see a reduction in federal taxes paid.