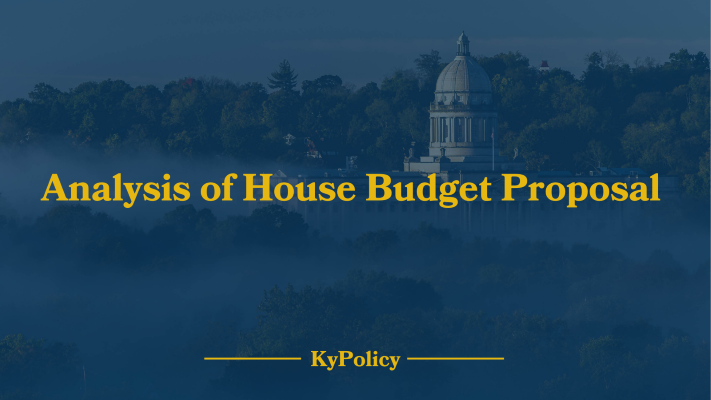 Despite billions of additional dollars from both one-time surpluses and stronger recurring revenues, the proposed House budget provides only modest funding increases in certain parts of government while leaving $1.1 billion in state monies unappropriated. The budget makes nearly $900 million in one-time extra pension contributions beyond the actuarially determined contribution, while including only a one-time across-the-board employee raise and relatively small changes to education funding. A significant portion of the American Rescue Plan Act (ARPA) monies goes to support lower business unemployment taxes but none goes to address people’s pandemic-induced economic hardship or to help low-income essential workers.

Compared to the many needs across the commonwealth and the once-in-a-generation revenue opportunity, the House Budget does not adequately restore past funding cuts or invest in building a robust recovery.

The budget slightly raises the SEEK base per pupil guaranteed funding level from $4,000 this year to $4,100 next year and $4,200 the year after. SEEK funding received a funding bump last year when the legislature began including full-day as opposed to half-day Kindergarten in the SEEK calculation, and the House budget continues that important practice. Yet base SEEK state funding of $2.044 billion in 2024 was higher 16 years ago at $2.098 billion. That’s a 27% decline in base SEEK state funding since 2008 once inflation is taken into account.

The plan contains a small increase in the total state SEEK amount, which equals slightly over $3 billion, of 4.6% in 2023 and then it declines by 0.3% in 2024. That increase includes more monies for facilities funding, as well as an increase for K-12 student transportation from $214 million to $274 million each year. The $214 million appropriation covered only 55% of the costs of student transportation, even though in law the state is responsible for covering 100% of those costs. Although the $274 million for transportation in the House budget is an increase, it equals only 70% of the $390 million cost of full funding. Also, the additional funds are distributed in the same dollar amounts to each school district rather than proportionally based on district transportation costs, meaning smaller districts are helped more than larger ones.

The budget contains no increase in funding for preschool and extended school services. It includes funding for teacher professional development for the first time since 2018 at $11.9 million (the 2008 funding level was $15 million). There is a notable increase in funding for Family Resource and Youth Service Centers (FRYSCs) in the budget (the per student amount is increased from $184 to $220, a $13 million annual increase), and a $42 million increase per year in funding for career and technical education. However, there are no monies included for textbooks. The budget again includes none of the $2.5 million in statutory annual operating grant funding for local libraries.

There is also no specific money set aside for raises for teachers and school personnel (who are not included in the 6% state employee raise), and with the modest changes in K-12 funding described above, adequate raises will be difficult to afford.

The budget includes a 6% across-the-board salary increase for state employees in the first year of the budget, but no increase in the second year. That puts the raise below current and expected inflation levels, and does not allow overall employee compensation to begin making up ground lost after employees received no increment for 10 of the last 12 years.

The budget includes a modest increase of 100 new Michelle P and 100 new Supports for Community Living waiver slots for people with disabilities. It includes increased reimbursements for nursing homes, residential and therapeutic foster care homes, and personal care homes. Funds are included for mobile crisis units and the 988 hotline for mental health needs, as well as to prepare infrastructure for a Basic Health Program for people transitioning from Medicaid to the health insurance exchange. Also increased is funding for staffing at local health departments.

The state has $1.1 billion of ARPA State Fiscal Recovery Fund monies remaining that it can use to respond to the pandemic and negative health and economic impacts, provide bonus pay to essential workers, prevent cuts to public services and/or invest in water, sewer and broadband infrastructure. The plan appropriates $350 million for water and wastewater projects, $312 million to put additional dollars into the unemployment trust fund, which has the effect of lowering business taxes (the General Assembly already put $506 million into the unemployment fund using ARPA monies last session), and $14.7 million for COVID testing in behavioral health facilities. Separately, House appropriations committee leadership introduced HB 315, which appropriates $300 million more for broadband. The budget includes no monies from this fund for direct relief to low-income people still hurt by the pandemic or bonus pay for essential workers.

The budget includes $200 million to be used as match dollars for projects funded as part of the new federal infrastructure law. The plan includes for the first time $10 million for lawmakers to make individual grants they determine to “local governments, educational institutions, or quasi-state agencies.” Other significant one-time expenditures in the House budget include:

Kentucky goes into this budget with a rainy day fund of $1.5 billion, or 12.4% of annual spending — a larger amount than the state has had in the fund since it was created. In addition, an expected state budget surplus of $1.9 billion this year would result in extra resources of $3.4 billion along with monies from revenue growth projected to be 2.1% next year and 4.2% in 2024.

However, the muted increased investments described above means the House budget leaves an extraordinarily large amount of money on the table unspent. This budget appropriates $440 million less than the revenue forecast for this year, $275 million less next year, and $339 million less in 2024, totaling $1.1 billion. On top of the amount in the rainy day fund, that means approximately $2.6 billion will still be left unspent despite the state’s many needs.

At approximately 18% of the budget, that is far more money than the state needs at this point to begin preparing for the next recession, and sidelining too much money will make our recovery from the pandemic weaker than it can and should be. Using some of those monies for tax cuts skewed to the wealthy would be a less effective economic boost than reinvesting in the budget, and passing permanent tax cuts risks long-term damage to Kentucky’s economy and communities.