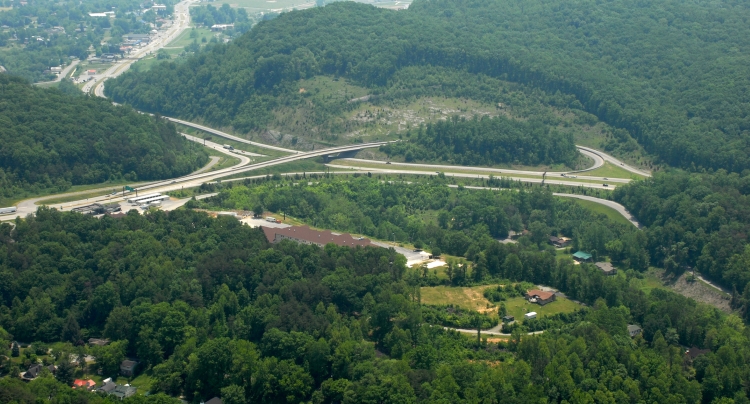 These investments are long overdue in Kentucky, which received a grade of C- on the 2019 American Society of Civil Engineers’ infrastructure report card. If Congress can also agree to passage of the Build Back Better Act in the coming weeks, these two bills in combination will create thousands of jobs in Kentucky, spur a more equitable recovery and help prepare the commonwealth for a brighter future.

Kentucky is expected to receive $4.6 billion for road improvements and $438 million for bridge replacement and repair under formula-based road funding programs in the law, a 32% increase over current funding levels. These dollars will help address the problem of 534 bridges and 8,844 miles of highway in Kentucky that are in poor condition. Monies are also included to address roadway safety and reduce transportation-related climate emissions. And there is $69 million for Kentucky to complete the portion of the Appalachian Development Highway System (a network of roads that connects Appalachia to interstate highways).

According to the Transportation Cabinet, Kentucky maintains the 7th largest bridge network and has the 8th largest pavement network in the country. Furthermore, an inordinately large number of the nation’s bridges that need inspection and repair are in Kentucky. Because the state has underinvested in maintaining roads and bridges for many years, there are currently over $2 billion in unfunded needs for pavement and bridge repair.

The legislation provides a total of $7.5 billion to begin building a nationwide network of electric vehicle (EV) charging stations, with $69 million expected to be invested in Kentucky. Especially with the recent announcement that Ford and SK Innovation will build an electric battery manufacturing plant in Kentucky employing 5,000 workers, the state needs this investment in an infrastructure for EV cars in order for those jobs to materialize.

In addition to the programs and direct appropriations, the act includes a competitive $12.5 billion Bridge Investment Program, which Kentucky can apply for to assist with replacement of the Brent Spence Bridge that connects Kentucky and Ohio and construction of the I-69 bridge. The Brent Spence Bridge, which is considered functionally obsolete, is a major trade corridor that carries more than $1 billion in freight every day.

The infrastructure law includes a minimum of $100 million to Kentucky to improve broadband access, including for the estimated 227,000 Kentuckians who currently lack it. Approximately 33% of Kentuckians will qualify for the bill’s Affordability Connectivity Benefit to help make internet access affordable. This program will provide $30 a month toward the cost of broadband for households living below 200% of the federal poverty line.

The law also includes significant monies to create jobs by cleaning up long-standing environmental hazards. It includes $1.4 billion in competitive grants to address abandoned oil and gas wells. Kentucky has an estimated 114,000 such wells, which cause serious health and safety risks and leak greenhouse gas emissions. There is also $1.5 billion for brownfields reclamation to help address Kentucky’s 8,000 brownfield sites, which are previously developed properties that are not currently being used, and may be contaminated. And there is $11.2 billion for abandoned mine reclamation. Kentucky ranks 3rd in the nation with 34,402 acres of unreclaimed mine sites, and will receive an estimated $1.1 billion over 15 years for reclamation. Cleaning these sites up will limit the continuing danger they are for people who live around them and make them better available for other uses.

Also included is $1 billion more for the Appalachian Regional Commission, funding that will significantly aid eastern Kentucky. The law includes a large new investment in upgrading the electricity grid to facilitate the expansion of renewable energy, as well as monies to protect against increased flooding caused by climate change. And the state will receive $19 million to guard against wildfires, $18 million to address cyberattacks, and $647 million to help improve access to clean drinking water. Kentucky has gained national notoriety for the lack of access to clean drinking water in Martin County.

Infrastructure law is incomplete without passage of Build Back Better

The Infrastructure Investment and Jobs Act will create jobs and modernize an outdated infrastructure to help create safer and more prosperous communities. However, it is not enough by itself. To build a better future, Congress should also pass the complementary Build Back Better Act (BBB) to address economic and racial inequities that hold our communities back, help families manage the many costs they face and do more to battle climate change. BBB extends the child tax credit, provides universal preschool and more affordable childcare, spurs the transition to a clean energy future and assists with the costs of healthcare, housing, food and much more. Together, the two bills will create tens of thousands of jobs in Kentucky and open the door to a more robust, equitable recovery.