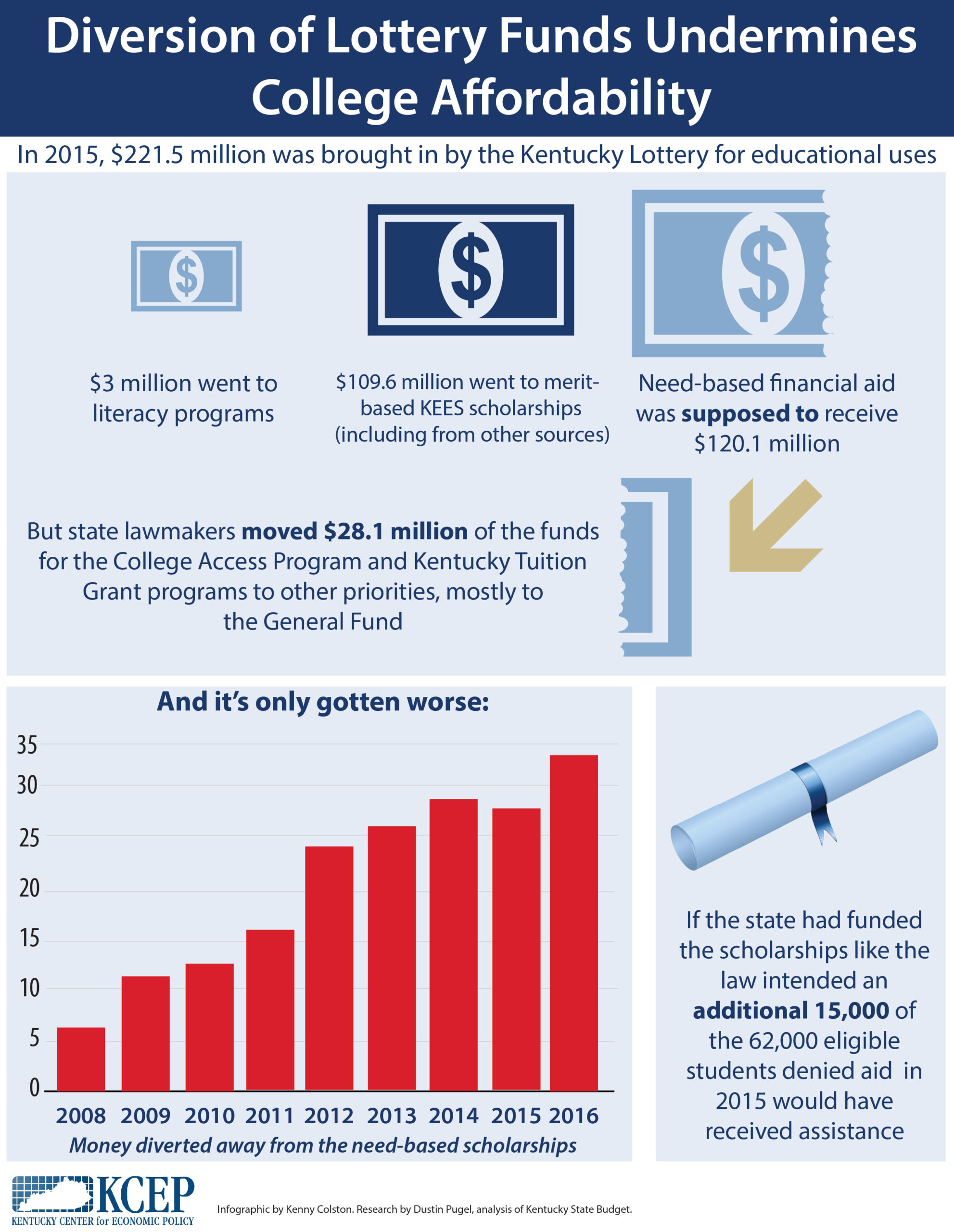 According to law, 55 percent of lottery profits are supposed to pay for need-based scholarships (after $3 million is given to literacy programs). For years, though, millions of scholarship dollars have been diverted away from the College Access Program and the Kentucky Tuition Grant toward other priorities. The problem has worsened since 2014, and has received media attention. Without action in this year’s session, funds will likely continue to be taken from students who need them the most. 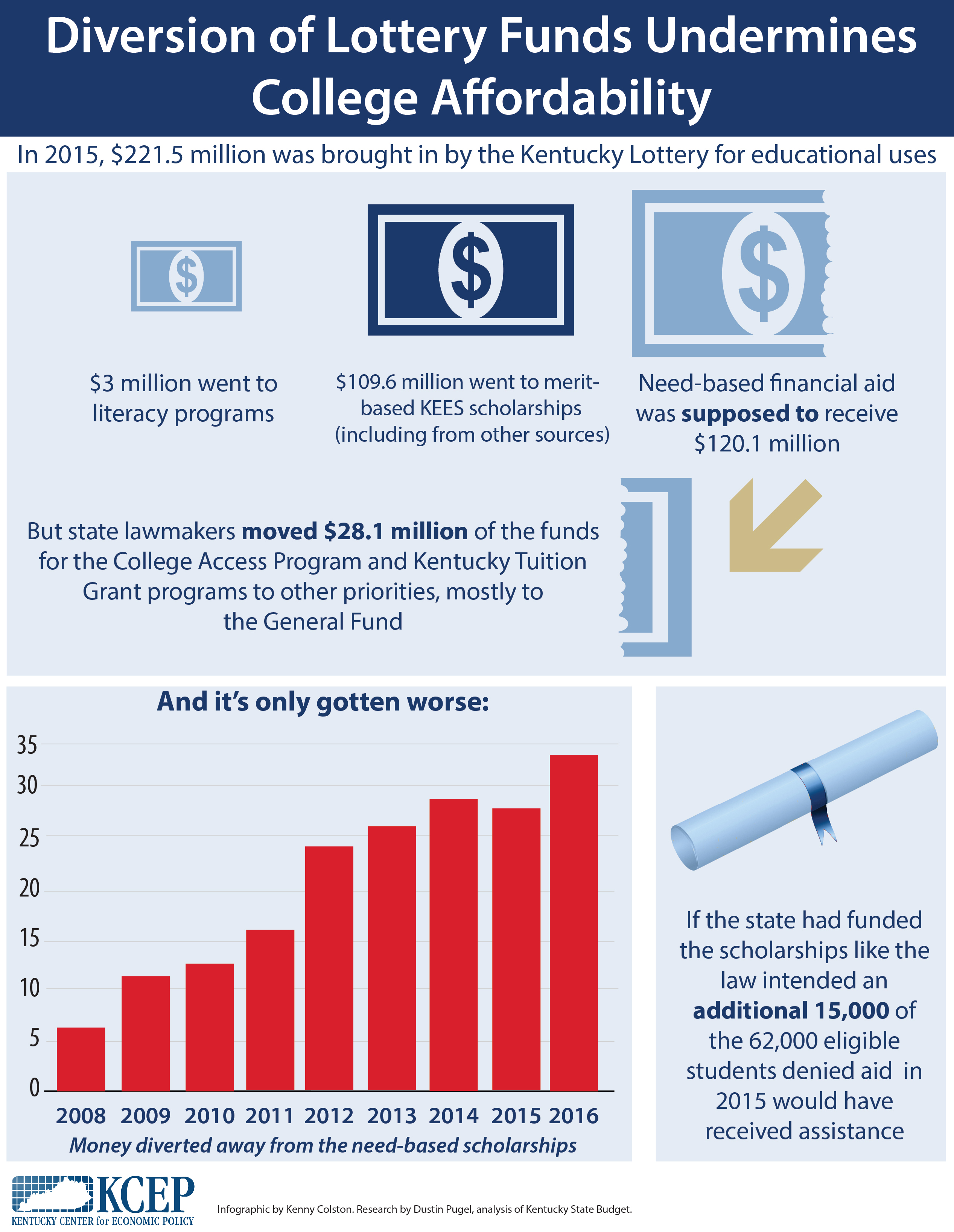