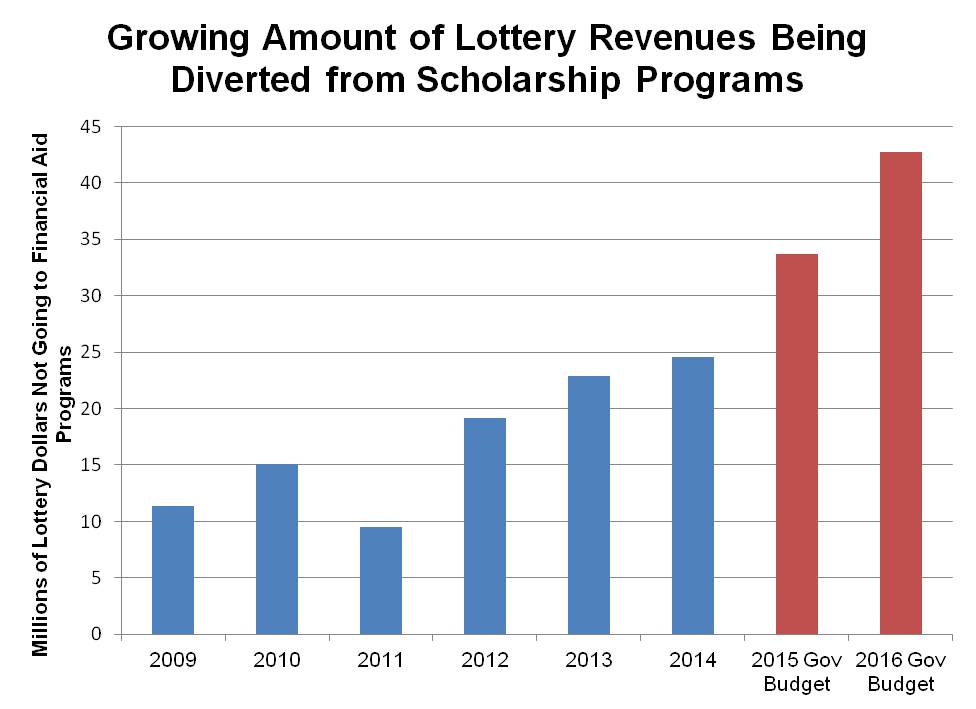 Those diversions aren’t hitting all financial aid programs equally. 55 percent of the lottery financial aid money is supposed to go to need-based programs (aid based on an individual or family’s financial resources) and 45 percent to the merit-based Kentucky Educational Excellence Scholarship (KEES) program, which is based primarily on grades. The state has continued to fully fund the KEES program (at a level that’s actually slightly above its statutory requirement) while making big cuts to the need-based programs, the College Access Program (CAP) and the Kentucky Tuition Grant (KTG) program.

That makes a big difference in who gets financial aid. As shown in our new report, 46 percent of KEES scholarship money went to students with family incomes over $75,000 in 2013. In contrast, less than 2 percent of CAP and 29 percent of KTG funds were disbursed to students in that income category.

Source: Kentucky Higher Education Assistance Authority. This analysis is based on KEES, CAP and KTG recipients for whom income information is available.

The state’s financial aid system is not adequately prioritizing need-based financial aid, which is particularly critical in the context of rising tuition at Kentucky’s public universities and community colleges. Reforms to the state’s financial aid programs are needed so that the students with fewer economic resources receive greater assistance in meeting the growing costs of college.