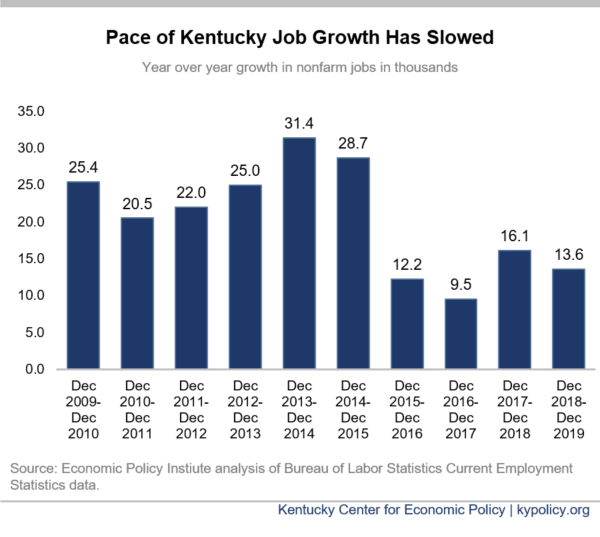 We outlined in a 2018 report how Kentucky’s economic performance had fallen short of claims based on corporate announcements. Among other things, we noted that the pace of state job growth had slowed in recent years, and that Kentucky’s growth rate remained behind the nation and the region.

This week, the final month of preliminary 2019 data from the Bureau of Labor Statistics was released, and it shows Kentucky’s slower pace of growth continued over the last year, raising concerns about an economic recovery that has not reached the entire state nor been strong enough to spur much-needed wage growth.

As shown in the graph below, Kentucky added a net 13,600 nonfarm jobs over the last year. That’s a similar modest pace to the previous three years, and slower than the job growth the state experienced earlier in the recovery.

In addition, Kentucky’s rate of job growth remains substantially weaker than both the region and the nation, as shown below. 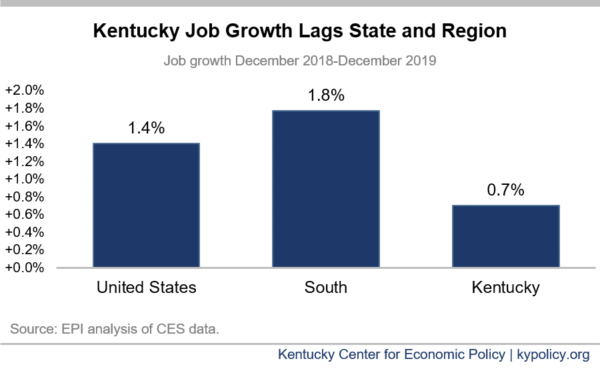 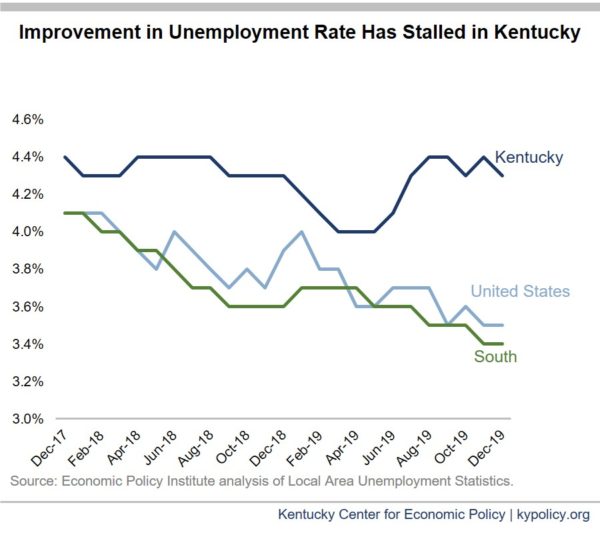 Slow job growth means communities that need jobs are still being left out, and in too many cases labor markets are not tight enough to create pressure for rising wages. It also affects how much revenue the state brings in and contributes to the difficult budget outlook Kentucky faces.

The stock market keeps breaking records and corporate profits remain high. But many typical Kentucky families still feel left out from a recovery that has not yet reached their doors.