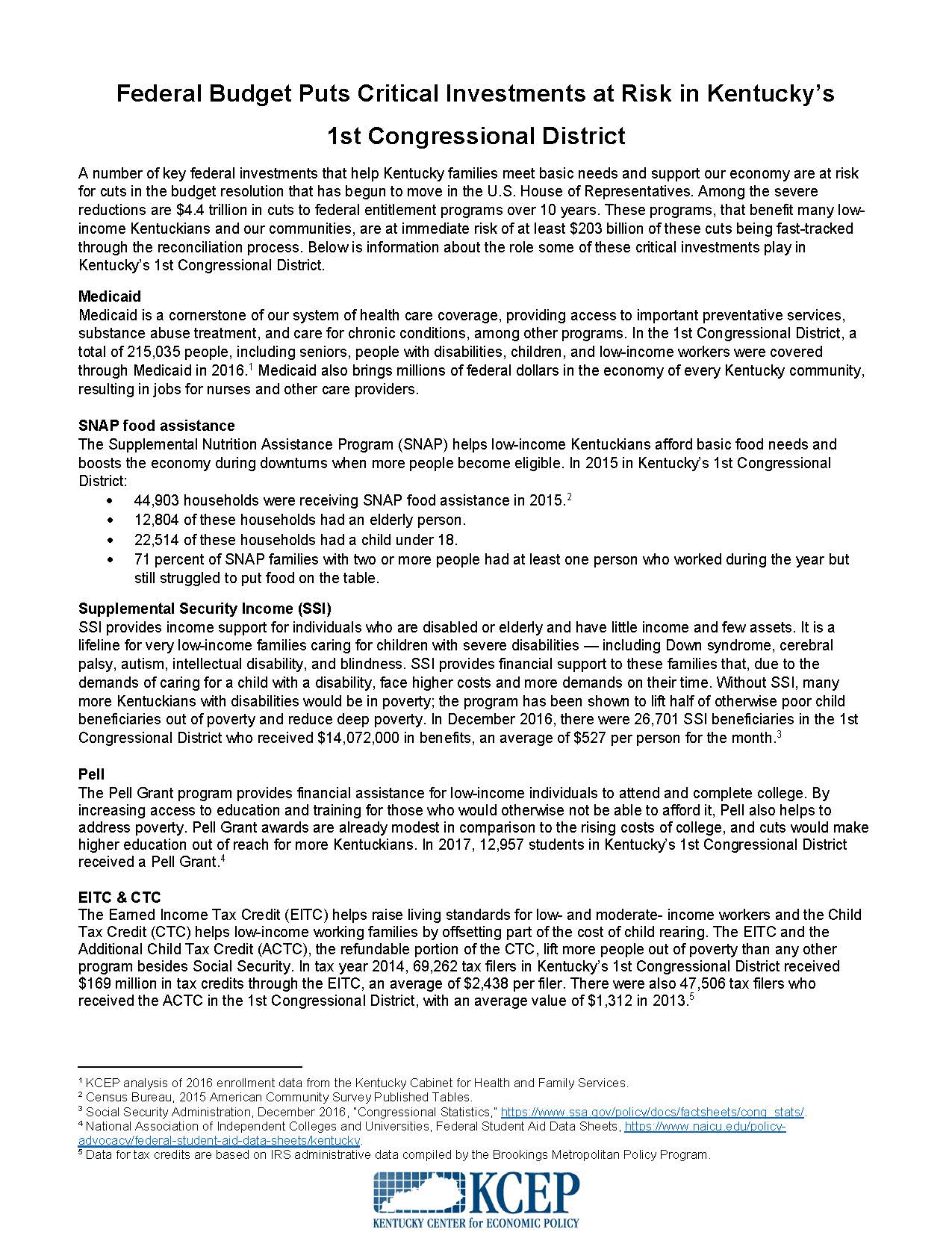 A number of key federal investments that help Kentucky families meet basic needs and support our economy are at risk for cuts in the budget resolution that has begun to move in the U.S. House of Representatives. The House budget resolution that passed out of committee last night sets out a harsh framework over the next 10 years that would lead to deeply damaging cuts to many federal investments that provide key assistance to Kentucky families. The budget proposes cutting federal entitlement programs by $4.4 trillion over 10 years — including Medicaid and income assistance programs such as SNAP food assistance.

These programs that benefit many low-income Kentuckians and our communities are at immediate risk of at least $203 billion of these cuts being fast-tracked through the reconciliation process. The fact sheets below provide information about the role some of these critical investments play in Kentucky’s Congressional Districts. 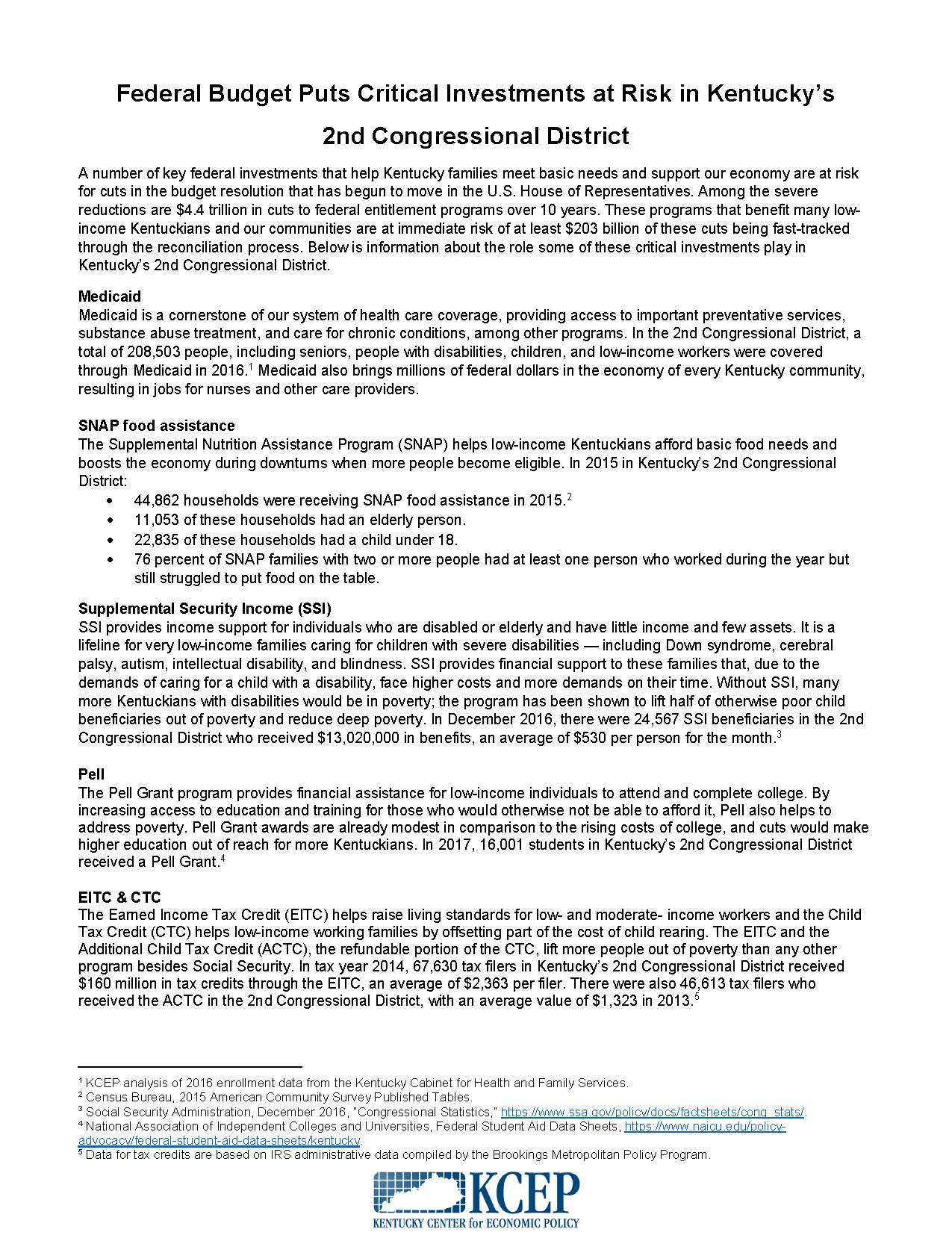 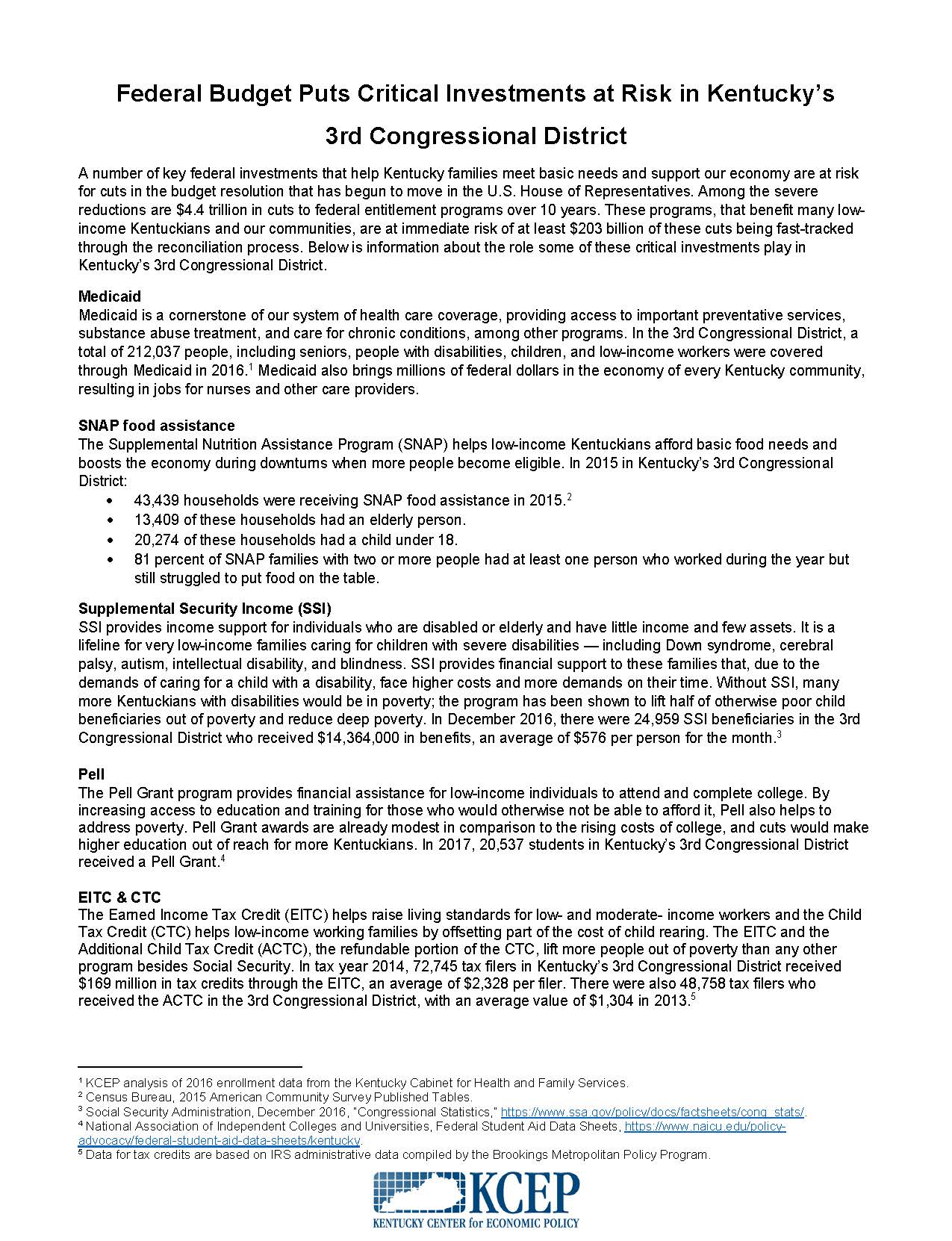 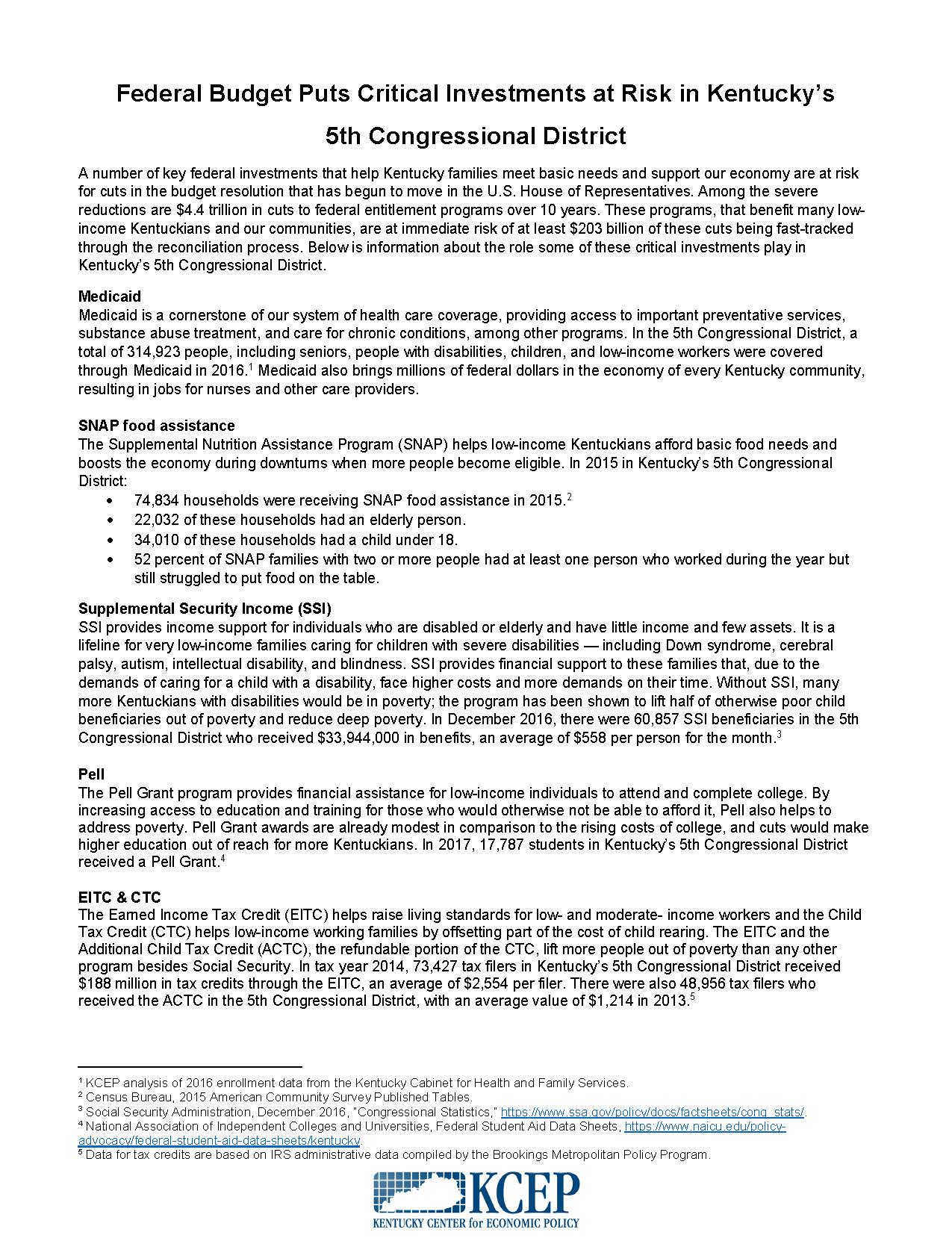 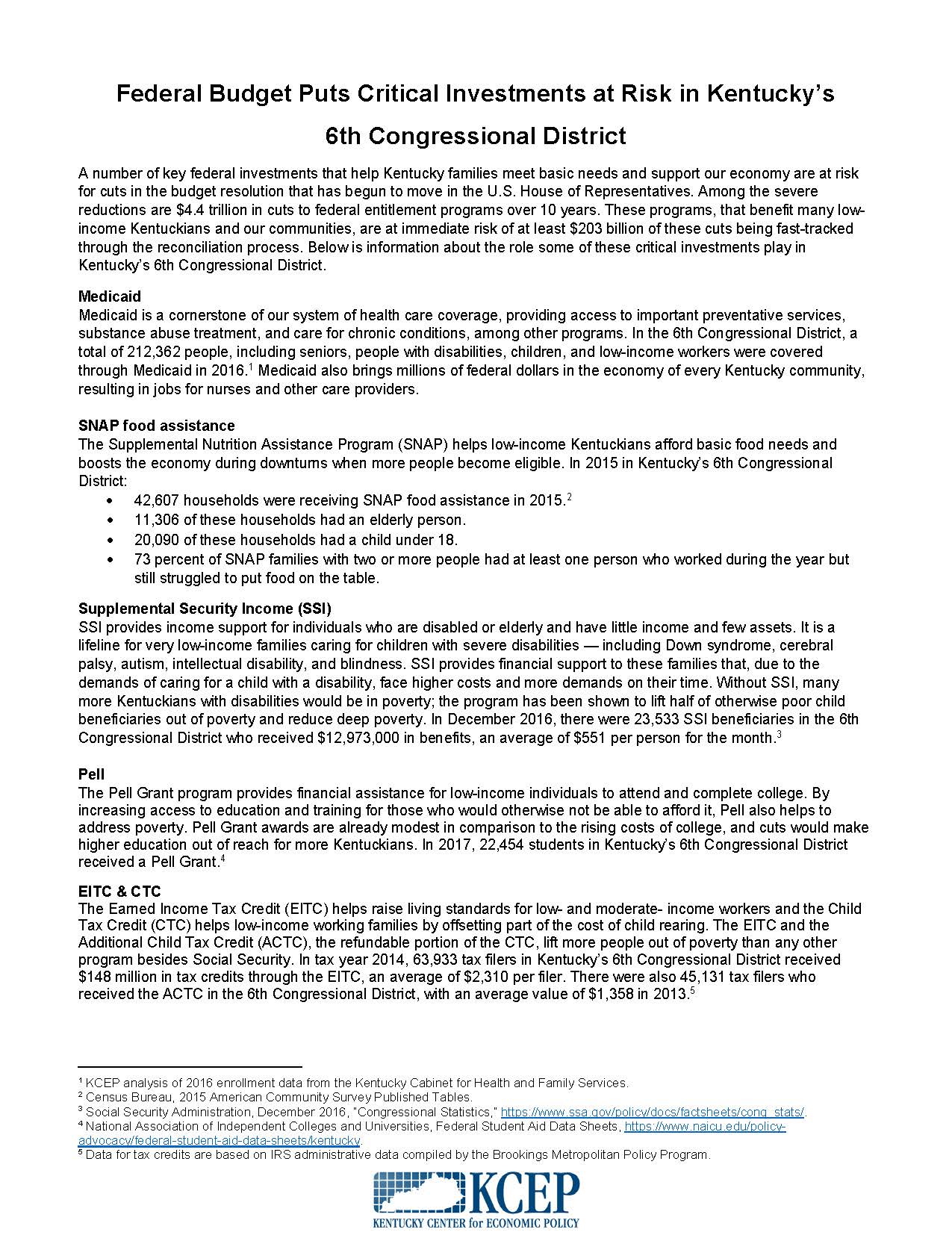