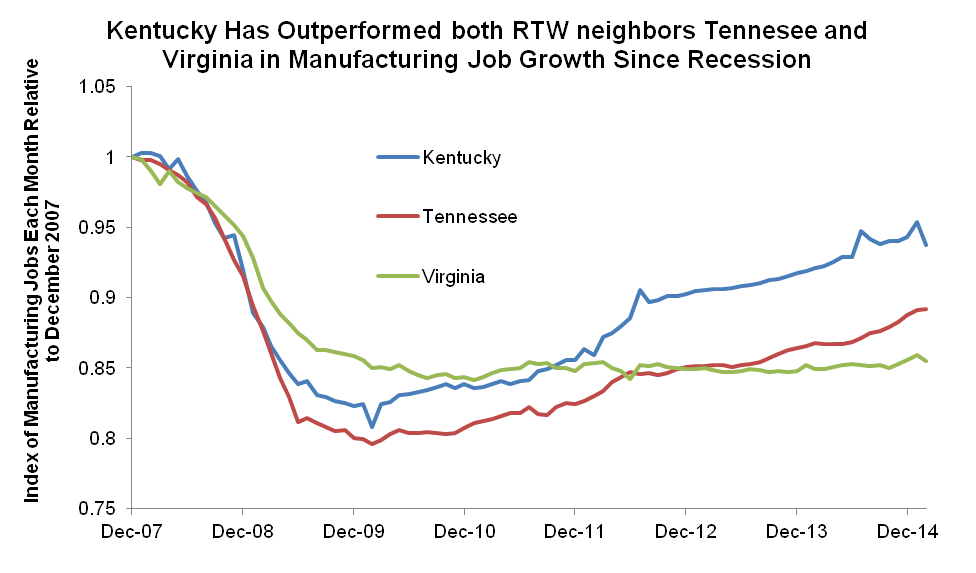 As several Kentucky counties have passed or are considering local “right to work” (RTW) laws, serious research calls the benefits of such laws into question. The best evidence suggests that RTW fails to result in stronger job growth including in manufacturing while resulting in lower wages and benefits for workers in RTW states. 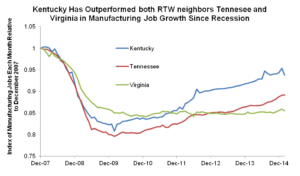 RTW laws prohibit unions and employers from including a provision in contracts that requires employees who benefit from union representation to pay their fair share toward those costs. In becoming RTW, Kentucky counties including Warren, Todd and Boone are the first local governments in the nation to join the 25 states with RTW laws, including most recently Indiana and Michigan in 2012 and Wisconsin in 2015. Despite its name, RTW does not increase or enhance access to jobs, nor does it ban forced union membership, as such is already illegal under federal law.

Proponents are making bold claims about the potential of RTW to boost Kentucky’s economy, in particular that it will grow manufacturing jobs as existing companies expand and new ones locate here. But studies that use careful statistical techniques to analyze the experience of states do not support claims of the economic benefits of these laws, while pointing out potential harm to workers in terms of job quality.

What the Research Says about “Right-to-Work” Laws