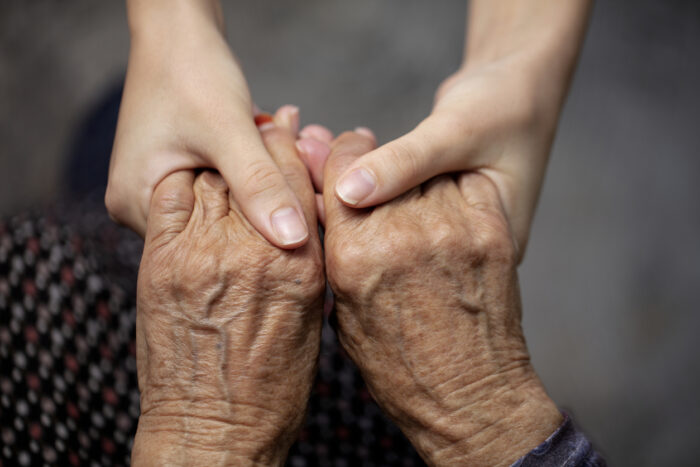 The bill (known as the “Inflation Reduction Act”) provides a historic investment of $369 billion in climate-related provisions that are expected to result in greenhouse emissions that are at least 40% below 2005 levels (when U.S. greenhouse gas emissions were at their peak) by 2030. The bill also continues measures to provide more affordable health care for tens of thousands of Kentuckians, includes new provisions to reduce the price of prescription drugs for seniors, and protects funding for Kentuckians with black lung disease. These investments are largely funded through tax policy changes that ask more from those at the top, including by closing tax loopholes to make large, profitable corporations pay what they owe.

The climate benefits of the new legislation are particularly salient for Kentucky, with the devastating impacts of recent natural disasters and vulnerability resulting from the state’s relatively high rates of carbon emissions and energy consumption. The legislation is designed to make clean energy more affordable for consumers currently burdened by  rising fossil fuel prices, and to create jobs by incentivizing new production of cleaner sources of energy.

The legislation’s largest investments are in new and also extended and expanded clean energy tax credits ($260 billion) for production of solar, wind, hydropower and other sources of renewable energy. These credits will support both energy generation as well as manufacturing of renewable energy parts. The credits will be available for the first time to rural electric cooperatives, like provide power in much of rural Kentucky, in the form of a kind of grant administered by the Internal Revenue Service.

For consumers there are $80 billion for new rebates for electric vehicles and clean energy at home. Buyers of new electric vehicles will get a $7,500 tax credit they apply for at the time of purchase (for couples who earn less than $300,000 a year or individuals earning less than $150,000 per year). And there is a new, lesser tax credit for purchasing used electric vehicles. Among the other consumer rebates are for the installation of more energy efficient heat pumps and solar panels. According to one analysis, consumers who make clean energy purchases such as an electric vehicle, a heat pump and solar panels and claim the subsidies in the legislation can save up to $1,840 a year on their energy bill.

These tax credits will give a boost to the Hardin County battery plants by solidifying the market for electric cars, in addition to the other important investments in clean energy manufacturing that will create an estimated 9 million jobs over 10 years.

Another significant investment in the bill is $27 billion for a “green bank” (Clean Energy and Sustainability Accelerator) to leverage public and private resources for investments in clean energy technologies and infrastructure. Such investments would create jobs and could also lower the cost of clean energy installations for consumers, as has already occurred in state-level green banks.

The legislation prioritizes investments in “disadvantaged communities” and rural areas, including through Environmental and Climate Justice Block Grants for community-led programs addressing harms from climate change and pollutants, which may provide an opportunity for certain Kentucky communities.

There is a new Methane Emissions Reduction Program in the bill, which would reward oil and gas companies that reduce their emissions of methane and penalize those that do not. And there are several measures aimed at specific sectors with high emissions to support reduction, including agriculture and chemical, steel and cement plants.

It should be noted that although the overall net climate effects of the bill are significantly positive, the legislation also mandates new oil and gas leasing, includes subsidies for carbon capture technology in fossil fuel plants, and is linked to a separate deal that could allow projects like a West Virginia gas pipeline to move forward.

The legislation invests more than $100 billion nationally in new spending, and an additional $320 billion in savings to make health care more affordable, directly helping tens of thousands of Kentuckians. It does this by extending the temporary boost to federal subsidies for people purchasing coverage through the health insurance exchange, lowering prescription drug prices for older Kentuckians covered by Medicare and providing funding to support those with black lung disease.

The 2021 American Rescue Plan Act (ARPA) significantly boosted the federal subsidies for those purchasing insurance directly from the health insurance exchange. It ensured no one paid more than 8.5% of their income on health insurance premiums, and made higher-earning households who could not get health care elsewhere eligible for subsidies for the first time. This increase was only good for the 2022 plan year, and was set to expire in December. Under the new legislative proposal, however, the improved ARPA subsidies would be extended for three additional years.

The U.S. Department for Health and Human Services estimated that if such an extension did not occur, 15,000 Kentuckians would have become uninsured, and 8,000 more would have kept their insurance but paid the full premium amount. Another 44,000 would pay an average of 6% more based on 2022 health insurance premiums. Because Kentucky’s four health insurance carriers that sell plans on the health insurance exchange have requested average rate increases for 2023 of anywhere between 4.8% and 9.9%, the increase would have been even greater if the ARPA subsidies were not extended.

First, it allows Medicare to negotiate directly with drug manufacturers on prices, which is not currently allowable under federal law. It starts by allowing the Centers for Medicare & Medicaid Services to negotiate the price of 10 drugs in the Part D program in 2026, eventually increasing to 20 drugs in the Medicare Part B and Part D programs by 2029. The hope is that by Medicare (which is among the largest purchasers of prescription drugs in the U.S.) negotiating for lower drug prices, it would help lower prescription drug costs among all purchasers, ultimately lowering the cost of medicine for all Americans.

Next, it requires that manufacturers provide rebates for drugs with prices that increase faster than inflation. This measure would keep the cost of prescription drugs from outpacing the broader increase in prices for all Medicare enrollees.

For Medicare Part D enrollees, the plan would cap out-of-pocket costs on prescription drugs to $2,000 per year. An estimated 21,690 Kentuckians exceed that amount each year, and they will benefit from this new cap. It also eliminates cost sharing for adult vaccines covered under Medicare Part D, benefiting 46,000 Kentuckians.

Among Medicare enrollees that have incomes between 138% and 150% of the federal poverty level, there is currently a prorated subsidy (known as LIS) that helps reduce out-of-pocket costs, including for prescription drugs. This plan removes that proration and provides the full LIS for those enrollees — benefiting approximately 11,900 older Kentuckians currently receiving partial LIS. Kentuckians with partial LIS spend an average of $379 on prescription drugs in Medicare Part D, while those with full LIS pay $113.

Provides funding to support those with black lung disease

The legislation includes a permanent extension of the Black Lung Excise Tax that will support funding of the Black Lung Disability Trust Fund, which provides health insurance and a living stipend for miners with black lung and their families. Former and current coal miners in eastern and western Kentucky who develop black lung are among those who will benefit from the protection of these much-needed benefits.

Funds climate and health care investments by closing tax loopholes for profitable corporations, and making those at the top pay what they owe

These important investments in climate and health, which will benefit all Kentuckians directly or indirectly, are funded by Medicare prescription drug savings and by provisions in the legislation that close tax loopholes and enforce the tax code.

The legislation requires that corporations with average profits exceeding $1 billion pay at least 15% of their profits in taxes. Currently around 200 large, profitable corporations pay less than that amount including 55 corporations that paid no federal income taxes in 2020 despite the corporate tax rate being 21%. The bill includes an exemption for “depreciation breaks,” through which corporations can use accelerated depreciation to deduct the costs of investments in equipment more quickly than it wears out. There is also a carve-out that shields businesses that rely on capital investment from private equity groups from the 15% corporate minimum tax.

In addition, the bill includes a 1% excise tax on stock buybacks that will prevent corporations from shifting profits to wealthy investors tax-free as they do now. The bill also provides more adequate funding for the Internal Revenue Service (IRS) that enables the agency to narrow the gap between taxes legally owed and taxes paid; nearly $600 billion of legally owed taxes go unpaid each year. Unpaid taxes are disproportionately owed by the top 1%, and with audits on millionaires having fallen 71% between 2010 and 2019, tax-dodging has become even easier in recent years. Very few Kentuckians fall into that category, and the tax compliance rate for working- and middle-class people is very high. In addition, the legislation specifically states that the provision isn’t intended to increase taxes for those with income below $400,000.

According to a letter signed by 126 leading economists, the tax provisions and other measures in the bill will also put “downward pressure on inflation” overall along with cutting health care costs specifically and protecting against future shocks in the price of energy. Five former treasury secretaries also support the legislation, which now goes to the President’s desk for his signature.