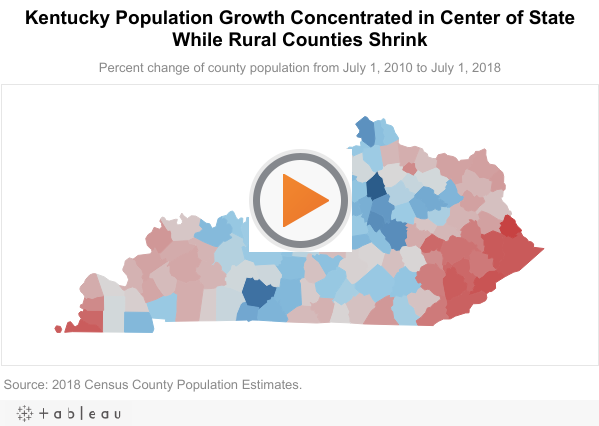 Recently released population estimates from the Census document how much Kentucky has continued to urbanize over the last eight years. Rural eastern and western counties’ populations have dropped while the “golden triangle” and south-central Kentucky counties grew.

By percent, the counties (all rural) that saw the largest loss of population between 2010 and 2018 were:

The counties (all urban) that saw the largest percent growth were:

Overall, the growth in urban counties was 132,690, or 5.3 percent, while the population dropped 12,472, or -0.7 percent, in rural counties between 2010 and 2018. The national trend of urbanization is longstanding, but the hastening decline of coal and certain types of manufacturing jobs in Kentucky have led to a stagnant rural job market, especially since the Great Recession. 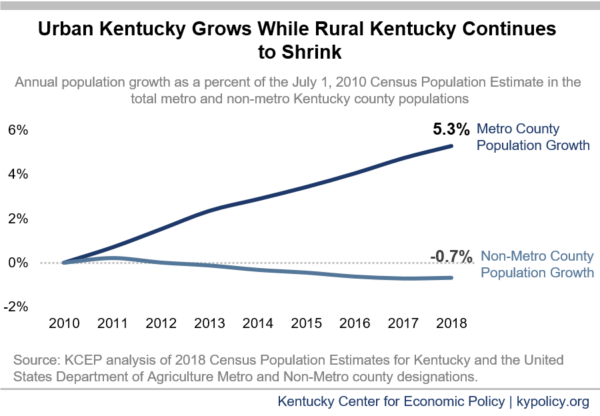