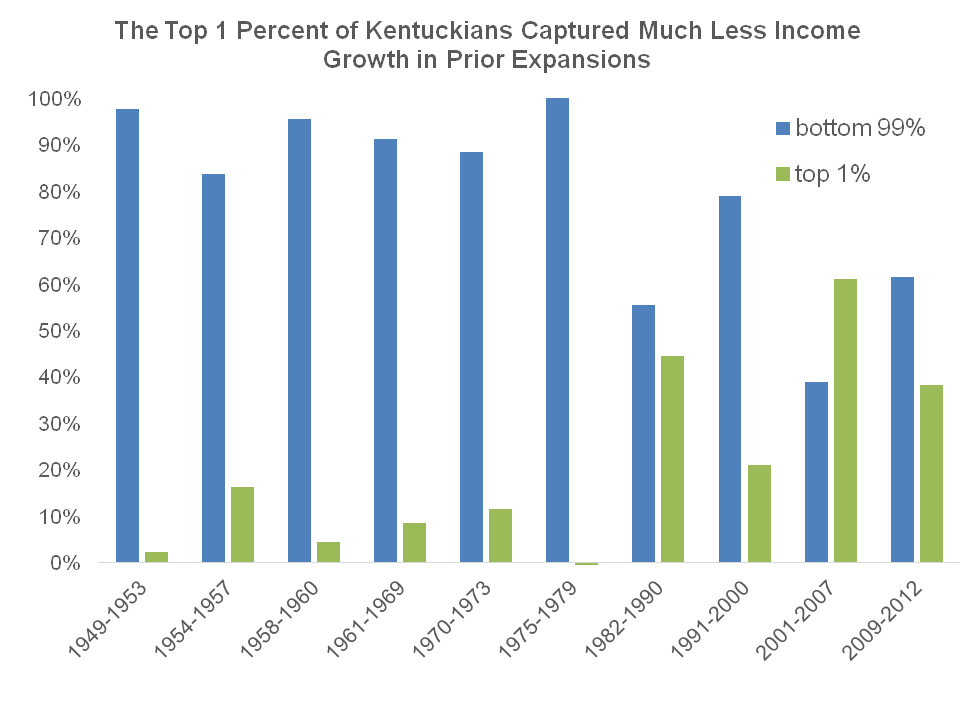 Income inequality continues to widen in Kentucky and the nation through the recovery according to a new report released today by the Economic Policy Institute (EPI). Between 2009 and 2012 (the last year for which data are available) income for the wealthiest 1 percent of Kentuckians grew 21.3 percent, but by only 5.5 percent on average for the bottom 99 percent.

That means the top 1 percent captured 38.4 percent of all income growth in the Commonwealth. On average at the national level, the super rich captured all income growth, with the bottom 99 percent actually experiencing a decline.

The report, “The Increasingly Unequal States of America,”—which uses IRS data to document changes in income by state since the 1920s—shows that the trend is not new: in the four economic expansions following recessions since 1979, the wealthiest Kentuckians have taken home an alarmingly large portion of income growth—on average 41.3 percent.

But steeply widening income inequality has not always been a byproduct of growth: in the six economic expansions following recessions between 1949 and 1979, the share of income growth the top 1 percent of Kentuckians took home was just seven percent (see table below comparing expansions). The authors note that during that time, the minimum wage was growing, collective bargaining was robust, and executive pay did not skyrocket independent of labor conditions.

During the last three decades, however, Congress has allowed the minimum wage to erode and unionization rates to decline, trade policies have cost jobs and suppressed wages, and financial deregulation has netted huge gains on Wall Street at the expense of families and the wider economy. These deliberate policy choices have contributed to soaring incomes at the top and stagnant wages for many workers.

Cumulatively, from 1979 to 2012 the very wealthiest Americans took home 88.5 percent of income growth, and in Kentucky all of it went to those at the top (income grew 82.8 percent for the richest 1 percent, while declining 0.2 percent for the bottom 99 percent).

At $685,742 a year on average in 2012, Kentucky’s top 1 percent earn less than in many states where more Wall Street executives and CEOs reside. But their incomes are still 18 times greater than the average of the bottom 99 percent, which is only $37,124. In all 50 states, inequality is climbing to levels not seen since before the Great Depression. 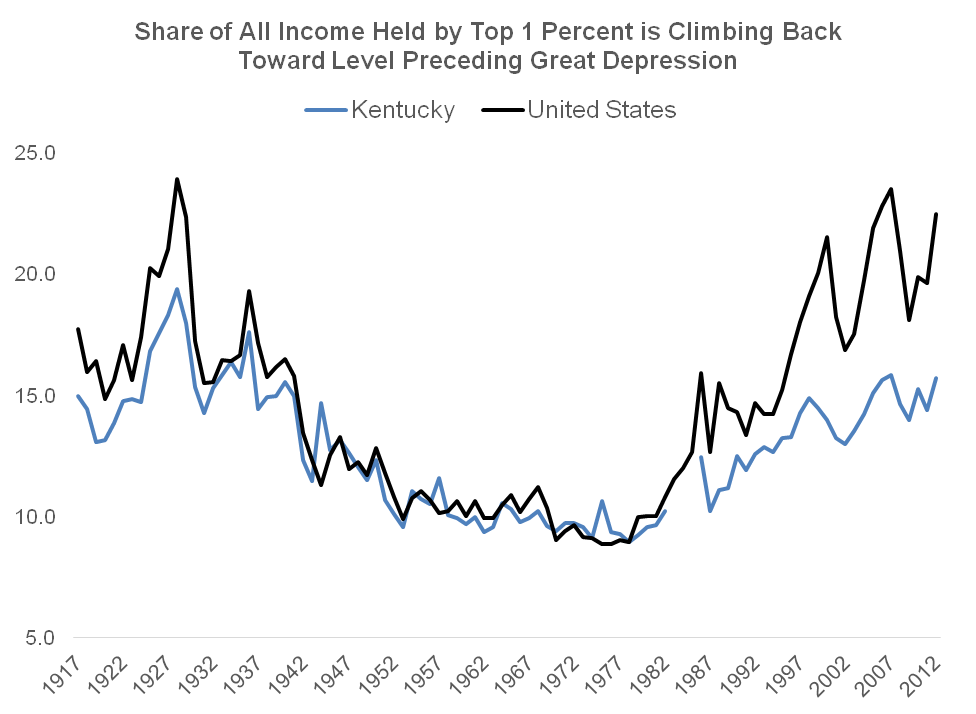 The full report is available here, and an interactive feature here.