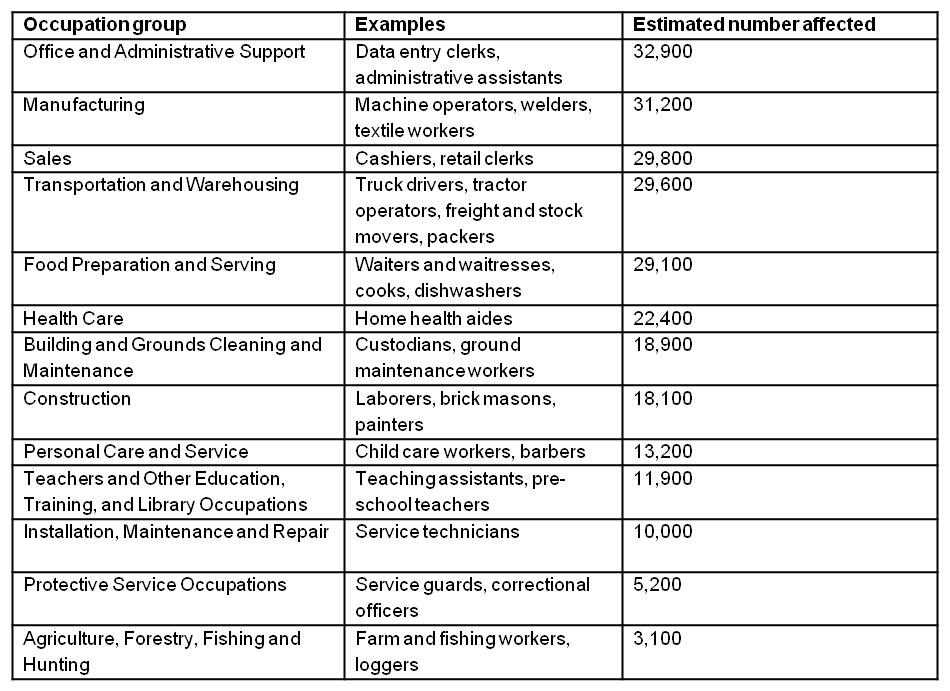 The federal Earned Income Tax Credit (EITC) and refundable Child Tax Credit (CTC) help hundreds of thousands of low-income working Kentuckians make ends meet. These tax credits have been shown to reduce poverty and encourage employment. Children of recipients are more likely to be healthier, do better in school, go to college and gain employment as adults.

Unfortunately key provisions of the EITC and CTC are scheduled to expire at the end of 2017, which will result in a cut in these tax credits unless federal policymakers act to save them.

Approximately 279,000 Kentucky workers are scheduled to lose all or part of their tax credit/s in 2017. These are people who make little money, but contribute greatly to all of our lives — harvesting, cooking and serving us food; caring for our children and sick/elderly family members; and manufacturing the goods in our homes.

Source: CBPP estimates based on Census Bureau and Treasury data

If Congress doesn’t act, the earnings to qualify for even a very small CTC will increase from $3,000 to $14,600; many married couples will face higher marriage penalties and cuts to their EITC; and larger families will also face an EITC cut. This means, for instance, that a single home health aide with two children working full-time at the minimum wage (and earning $14,500) would lose their entire CTC of $1,725.

When federal policymakers return after Labor Day, they have an important opportunity to support the millions of Americans working for low wages by passing legislation to save these key provisions of the EITC and CTC.