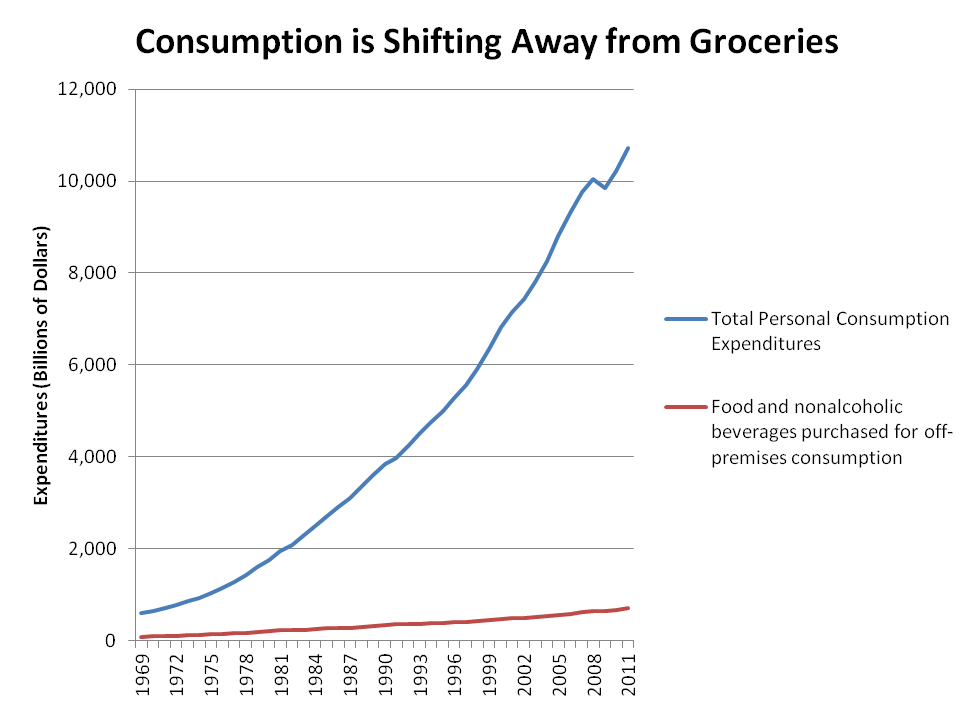 The recently released consultants’ report to the governor’s tax reform commission included the option of applying Kentucky’s sales tax to food for home consumption (i.e., groceries). While broadening the tax base is an important strategy to raise and sustain revenue, a tax on groceries would make Kentucky’s tax system less equitable. And because groceries are a shrinking portion of what people consume, it could worsen Kentucky’s long-term revenue problems.

Kentucky applied the sales tax to groceries until 1972 when it exempted them for tax fairness reasons. As a share of income, food taxes are typically four to five times higher for poorer families than for upper-income families—making it even more regressive than the already regressive sales tax.1 And unlike many other products and services that are subject to the state sales tax, a family cannot simply abstain from food purchases.

The consultants suggested that the impact of a groceries tax on low-income people could be offset through some kind of tax credit. But the reality from the experience in other states is that such credits don’t reach all of the people who are impacted, are often inadequate to offset the cost of the groceries tax, typically are not adjusted with inflation and are vulnerable to elimination in tough budget times.2

Taxing groceries is also not a good strategy for raising much-needed revenue. Groceries are a declining share of U.S. consumption, which is shifting toward services. Food and nonalcoholic beverages for consumption at home have dropped from 14 percent of personal consumption expenditures in 1969 to 7 percent in 2011 (see absolute values in graph below). Meanwhile, services increased from 50 percent to 66 percent of consumption over that time period.

A tax on groceries would therefore be a slow-growing source of revenue—and could actually reduce the rate of state revenue growth. Studies have shown that having food in the sales tax base makes sales tax revenue grow more slowly than not having it.3 Yet slow revenue growth is the exact problem tax reform is supposed to address, since at current rates of growth the state faces a revenue shortfall of at least $1 billion by the end of the decade.

There are fairer and more effective ways to generate the additional state revenue Kentucky needs to prosper.