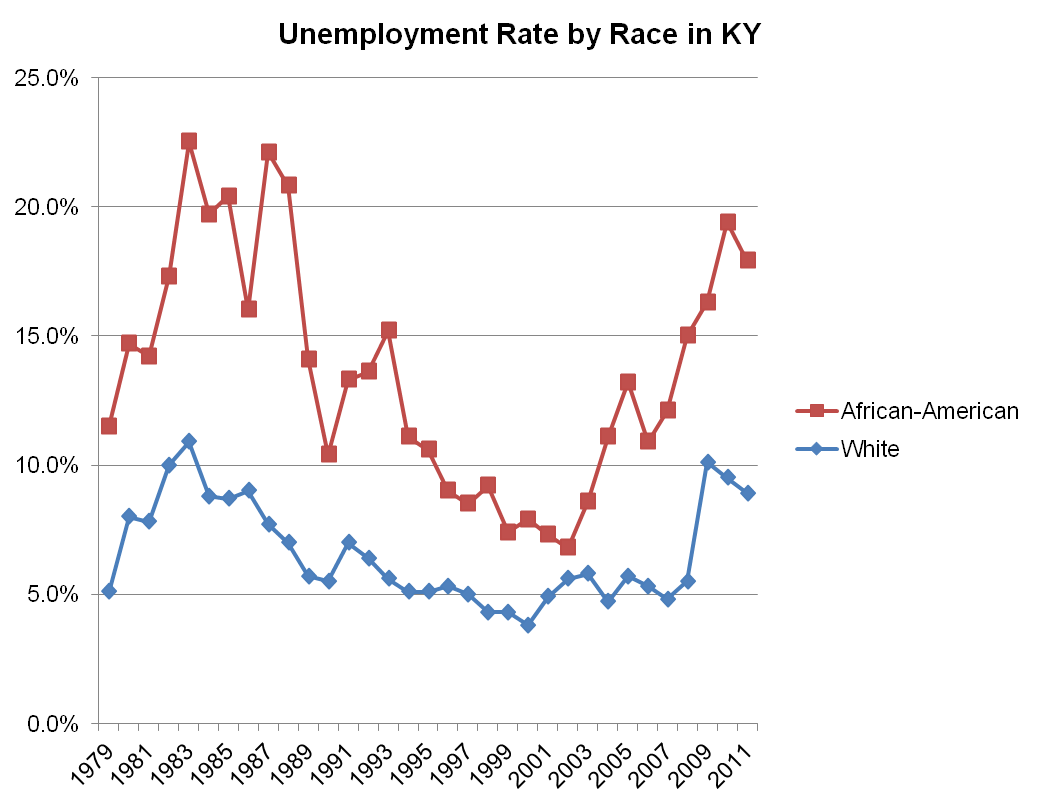 The weak economy of the last few years has had far-reaching effects, but some groups have been harder hit than others. In particular, African Americans in Kentucky have suffered enormous job losses and continue to face a daunting labor market.

The state is experiencing the beginnings of economic recovery, but African Americans continue to face an extremely difficult labor market. In order for these inequalities to decrease markedly, the national economy needs to once again achieve near full employment—which at current rates of job growth will not happen for many years. More also must be done to address discrimination, inequalities in education and other factors that contribute to the state’s racial gap in employment.