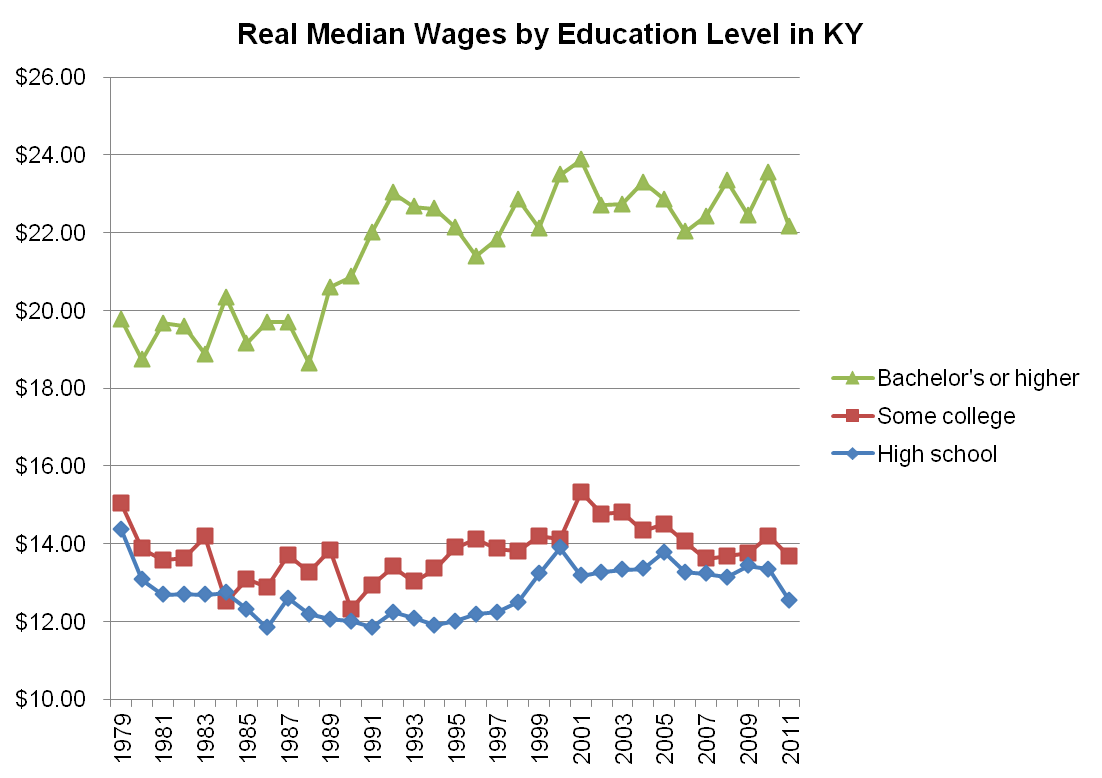 There is no question that greater levels of education are associated with higher wages and employment rates in Kentucky, and employment has been declining among those with less than a college degree in recent years. However, median wages have been stagnant for Kentuckians at all education levels over the last ten years—suggesting that our problems with job quality are more complex than just a skills gap.

Kentucky has seen wage stagnation across the board, but for those with some college or a high school degree, the trend is not new. Real (inflation-adjusted) wages have been relatively stagnant for the past thirty years. And while data are not available for all thirty years for those with less than a high school degree, there is evidence that their wages have actually been declining; real median hourly wages were $12.37 in 1979 and $10.00 in 2007. In contrast, wages for those Kentuckians with at least a bachelor’s degree were rising until the last decade or so when they flattened.

For an individual, obtaining more education is clearly more likely to result in a job and in higher wages. But regardless of education, median wages have been stagnant in Kentucky. And those Kentuckians with less than a college degree—who make up the overwhelming majority of the adult population—are struggling with eroding employment opportunities.

While in the long run increased levels of education will improve the state economy, education alone cannot solve Kentucky’s economic problems. Policy changes are needed that will improve job quality across the board. In the short-term, that includes investments that will increase the pace of overall job growth, which will ultimately lead to higher wages. It also means strategies like increasing the minimum wage, addressing declining unionization and tackling the erosion of jobs in sectors like construction and manufacturing.