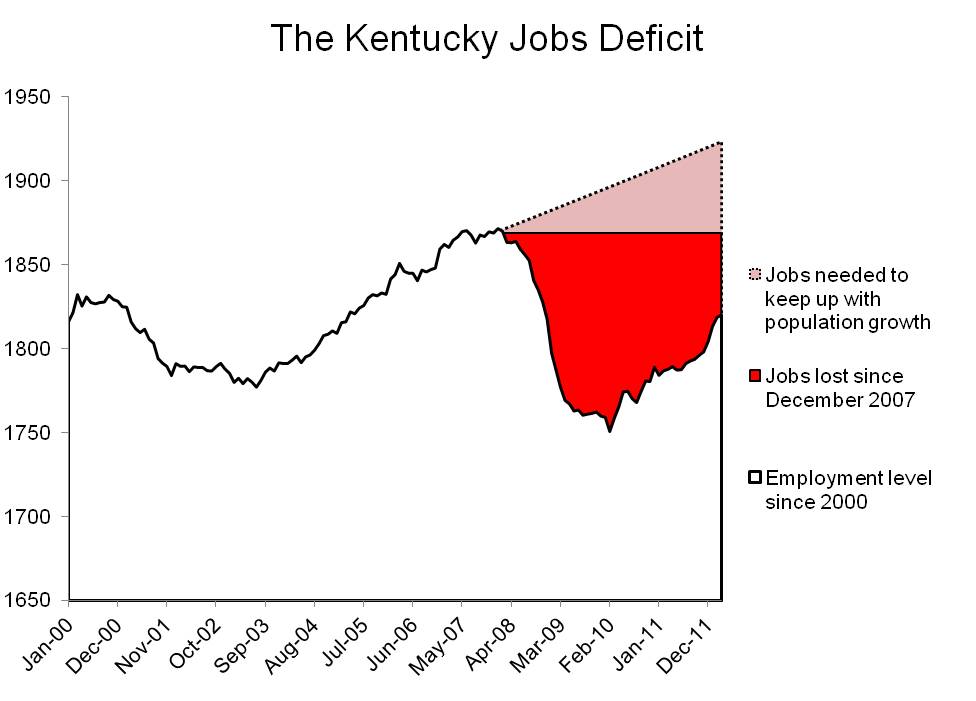 After stronger job increases over the winter, Kentucky’s employment growth slowed in the most recent two months with the state adding only 1,400 net jobs in March and 1,900 net jobs in April. That growth is far below what Kentucky needs to recover the huge job losses that happened during the recession and catch up with growth in the working age population. To close that deficit in three years, Kentucky needs to add an average of 4,500 jobs a month.

The figure below shows the state’s jobs deficit—the gap between the bottom black line (actual employment) and the top dotted line (jobs needed to restore recession losses and catch up with population). That gap is now 102,600 jobs.

It was five years ago that the global financial crisis hit, leading to the recession that officially ended in 2009. Yet many thousands of Kentuckians remain jobless while Congress refuses to consider spending measures that would create jobs and jumpstart employment growth.